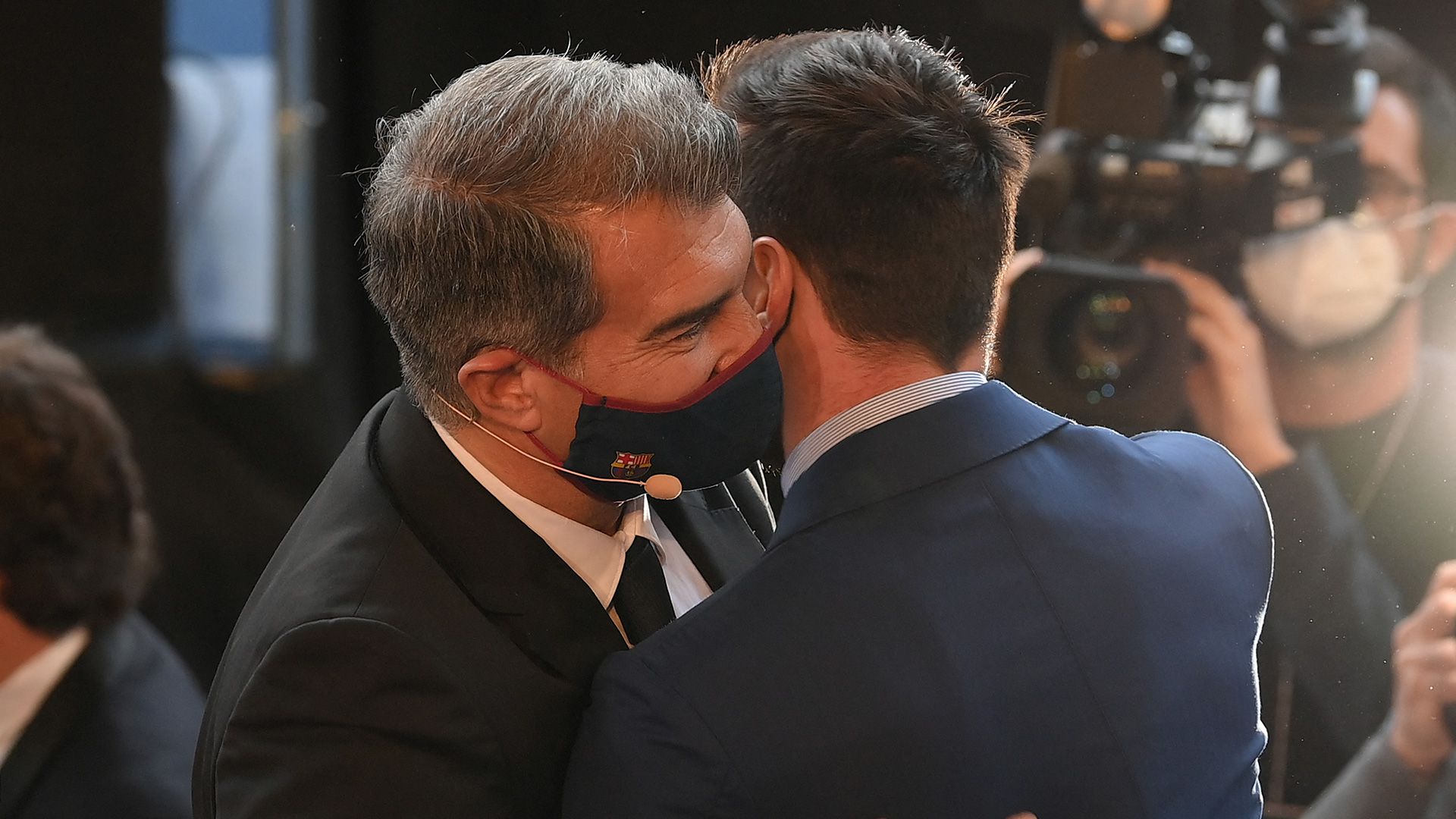 Dani alves He is now officially a new FC Barcelona player despite the fact that he will not be able to put on his shirt and take to the field until the January transfer period opens. After stamping his signature on the contract, the Brazilian He will be part of the club from which he left in 2016.

This Wednesday the footballer’s presentation was held at the Camp Nou. The 38-year-old Brazilian signed his contract barefoot on the grass from the stadium and received a great ovation from the Barça fans.

Later, he appeared before the media with the president Joan Laporta, the vice president Rafael Yuste and the sports director Mateu alemany. There, a statement from the top manager was surprised, who later managed to incorporate a history of the institution did not rule out a possible return of Lionel Messi and Andrés Iniesta.

“All the whichToday with Dani, tomorrow it would be with others, they are personalities who have made the club great and Leo and Andrés are two spectacular players. I cannot predict the future, they are still playing, they are great of Barça, we always have them present but they are players with a contract in force with other clubs and it must be respected, but in life you never know “, considered Laporta, leaving the door ajar for the two legendary players blaugranas.

Dani Alves also alluded to that same situation: “If you can lend me a couple of hours, I will look for Leo“The Brazilian joked and added: “Stories are born written and will always be remembered. Leo is the greatest thing I have been able to see and have as a partner ”.

“You always miss the greats, especially when you have a good relationship. It would be amazing to see him like that again, but unfortunately it can’t be. He knows that I love him very much and my wishes are the best, but we are in a new process. I would encourage everyone to come back, I have been to many places but there are none like this one ”, he declared.

Happy for the new incorporation, Laporta wanted to thank Dani Alves for having returned: “Age is a number, as he has said. He has seen the situation and wants to come to help and be a starter. I have to thank you for making a significant financial effort. He knows about the situation and we are going to reverse it. We are on the good way. The fact that he has made this effort is to be appreciated ”.

In this second stage, the experienced defender will release a new number. He already wore the ‘2’, ’22’ and the ‘6’ during his first cycle, but now He will wear the shirt with the ‘8’ on the back in tribute to Hristo Stoichkov and Andrés Iniesta, he said.