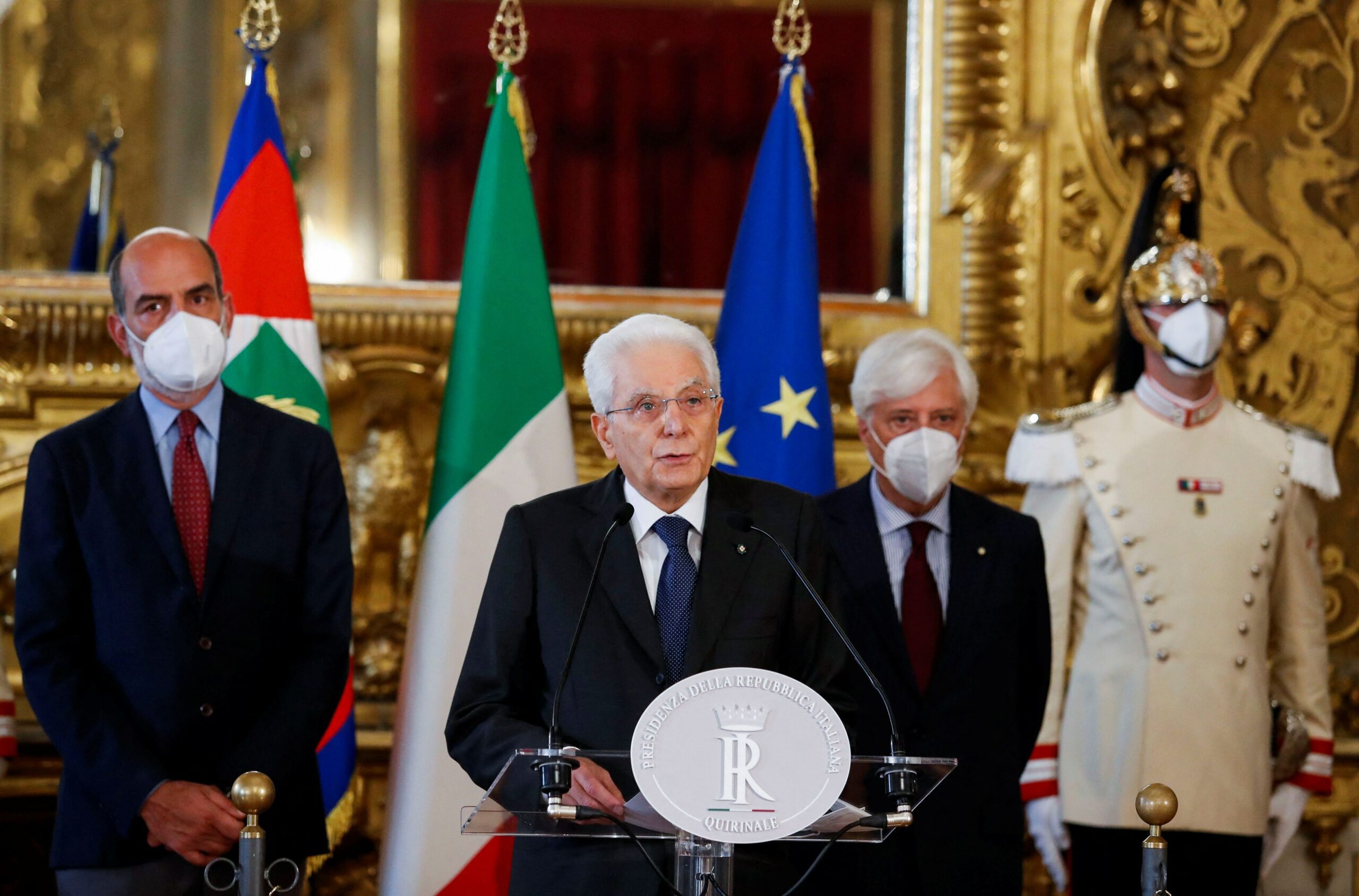 The President of the Italian Republic, Sergio Mattarella, dissolved Parliament this Thursday, which will automatically cause early elections.

“The political situation has led to this decision”, assured Mattarela before the television cameras, referring to the end of the national unity coalition that supported the government led by the economist Mario Draghi.

Below are the steps to follow in the crisis that added uncertainty to the third largest economy in the euro zone.

Who will be prime minister until the elections?

The government of Mario Draghi, in office, will continue “to deal with current affairs until the elections, which must be held quickly”explained Professor Gaetano Azzariti, professor of constitutional law at La Sapienza University in Rome, interviewed by the AFP.

What would be the date of the early elections?

Various dates are possible. The only certainty is that they must be held within 70 days of the dissolution of parliament.

The situation is complicated by the budget law, which must be submitted to parliament before October 15. The organization of the elections, the electoral campaign, the appointment of a government and then its assumption upset that calendar.

Anyway, after today’s disbandment, elections could be held on September 18 or 25. Nor is it excluded as a date the October 2nd.

Parliament must meet within 20 days of the election, between October 15 and 22according to that scenario.

Who is the favorite in early elections?

The great favorite is the so-called “centre-right” coalitionwhich brings together forza italythe center-right party of Silvio Berlusconiand the extreme right represented by the League of the anti-immigration leader Matteo Salvini and for the heirs of fascism Fratelli d’Italia (Brothers from Italy).

Fratelli d’Italia, chaired by Giorgia Meloni, leads the voting preferences with almost 24%surpassing the Democratic Party (22%) and the League (14%), according to a survey by the SWG institute conducted on July 18.

Forza Italia would add 7.4% of the votes and the 5 Star Movement (M5E) 11.2%. The current electoral law, a complicated mix of proportional voting and voting per person, is “a great advantage for the center-right coalition”Professor Azzariti assured AFP.

Although it is divided into factions, it suffers complications in various territories and their main leaders —Salvini of La Liga and Giorgia Meloni of Brothers of Italy—have profound differencesis theoretically majority.

The snub against Draghi went down very badly in some sectors, especially in the moderate Forza Italia, which is why two ministers of the Draghi Executive from Berlusconi’s party have announced their departure from the party.