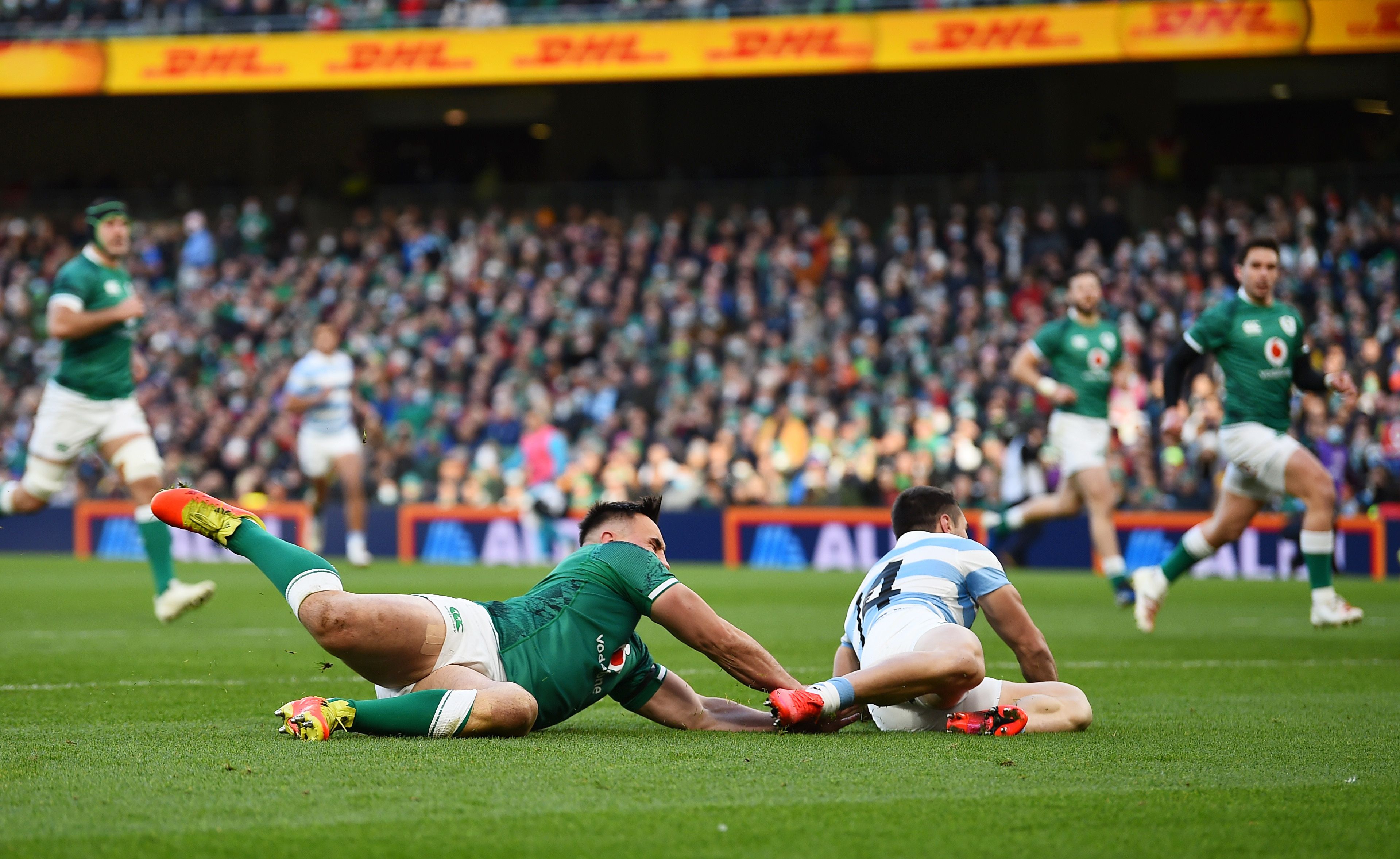 The alternatives of the encounter

The Argentine rugby team, The Pumas, suffered a categorical defeat against his pair of Ireland 53-7, within the framework of the last stop on his tour of Europe, which ended with a balance of two stumbles and a win. With the match played this Sunday at the Aviva Stadium, in Dublin, the journey of the Albiceleste team was closed on the international tour of the November window.

The illusion for Argentina lasted only two minutes, when he scored his only try won by Matthew Carreras. From that moment it was all for the local team, who scored seven tries through Josh Van der Flier (2), Andrew Porter, Caelan Doris, Dan Sheenan Cian Healy and Tadhg Beirne. Meanwhile, Jeoy Carbery added two penalties and six conversions.

The Irish team, who had just beaten the All Blacks in a friendly preparation, exhibited a forceful game and dominated at will. He also gave The Pumas had the biggest difference of goals in duels with each other and the third worst fall in history against European teams, behind 51-0 against England and 49-3 against Scotland, both in 1990.

The tackle, the dominance in the fixed formations and the forcefulness of the Irish enlarged – once again – the existing differences between the team of Mario Ledesma and the high-level rivals that currently exist in the discipline.

Beyond Irish rule, From the other side, Emiliano Boffelli He wasted two accessible penalties that would have allowed the figures to be reduced. But everything would have been a mirage.

Another of the negative factors of Los Pumas was the indiscipline throughout the tour. The third line Pablo Matera received a warning, while the second, Tomás Lavanini, was sent off for a dangerous blow to a rival. In the Argentine team he barely stood out Santiago Grondona, who fought in the maul duel.

The selected Albiceleste opened the international season in Europe last June in which he added two wins against Romania (24-17) and Wales (33-11), plus a tie against the “Dragon” (20-20).

Later, in their participation in the Rugby Championship tournament, Los Pumas they lost all six matches who disputed against those selected from New Zealand, Australia and South Africa, without adding points.

Finally, on the second tour of Europe they fell in front of France by (20-29), in their second presentation they defeated Italy (37-16) and today they closed their journey with Ireland (7-53).

In summary, there are a total of twelve games at the international level, where they won three, lost eight and tied one.

Those selected from Argentina and Ireland met 19 times, Los Pumas won six times -three in World Cups- and the “Trebol” team did so thirteen times.

With today’s meeting Coach Ledesma’s contract ended, who will have to wait for the decision of the Argentine Rugby Union (UAR) on his continuity at the head of the team, two years before the next World Cup that will take place in France.

Incidents: 7m. Pablo Matera (A) Expelled in the second half: 9m Lavanini (A).

Boxing returned to Luna Park, but the legend ceased to exist twenty years ago