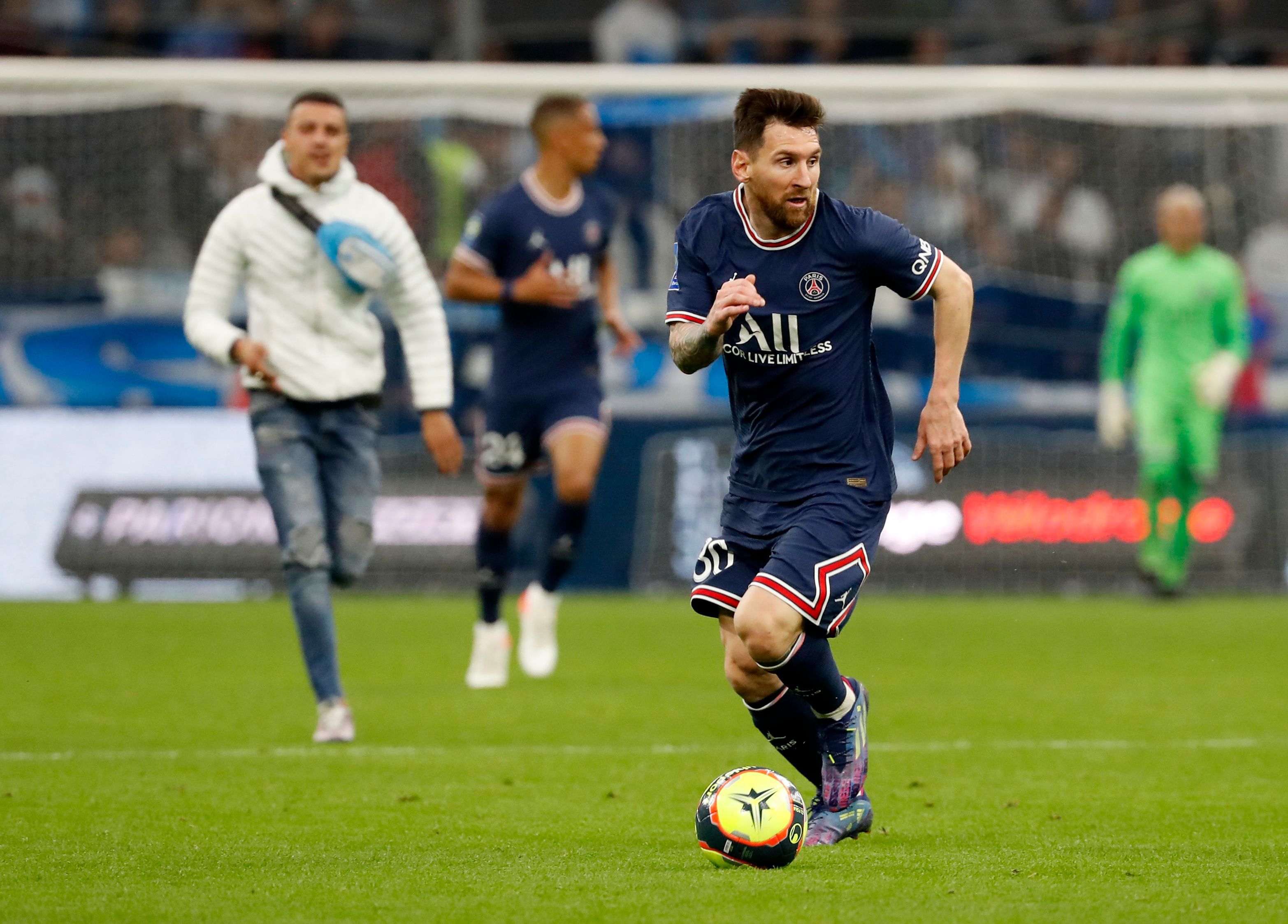 One of the great matches offered by the League 1 since the arrival of Lionel messi to the Paris Saint Germain It was the goalless draw against the Olympique de Marseille directed by Jorge Sampaoli. Although he did not give away goals, equality had emotions of all kinds, canceled screams, an expulsion and a fan who infiltrated the field of play to give a hug to the flea. Behind his goal, he ended up cutting off a promising attack from the mighty PSG. Consequently, the disciplinary committee of the French Professional Football League met yesterday and decided to punish the Phocéens for said security failure.

Olympique will have to play the next game at the Orange Vélodrom behind closed doors for the incidents that occurred before the PSG October 24. The leadership of the southern French team was relieved to learn of the sanction, as a harsher penalty was expected. On the other hand, the authorities of the local championship did not review the postponed case that Marseille has been dragging since the beginning of October after the disturbances caused before the Angers, on the seventh day as a visitor.

Those led by Sampaoli will play the clash against the Troyes of Sunday November 28 for the date 15 of Ligue 1. Before, Olympique must face Lyon, on 11/21, to then travel to Turkey to collide with the Galatasaray for the UEFA Europa League, on November 25.

It is already the third sanction for the Marseillais in recent time, counting the most recent for the incidents in the stadium during the classic with Paris Saint Germain. In that duel, in addition, different projectiles were seen thrown at the players who were going to execute the Parisian corner kicks in the first half, a fact for which the police had to cover Messi and Neymar, the executors, with shields.

The interruption, in the 72nd minute, stopped a PSG counterattack led by Lionel Messi near the Marseille area and which generated a high probability of a goal against the constant diagonals of Kylian Mbappé between defense. While the match was being played, outside the stadium 21 people had been arrested: 17 of them for damage to buildings, possession of fireworks and violence. Half a dozen people were sentenced to up to two years in prison, all accompanied by a ban on entering the stadiums.

The portal RMC Sports reported at the time that, after being arrested and while being questioned by the police, the person in question had difficulties expressing himself in French, which indicated that he could be “an undocumented person who does not have a fixed address in the region.” Sources reported that “During his discussions with the police, the young man appeared to be inconsistent and had difficulty explaining himself”.

Barcelona chose the possible replacement for Agüero: the fortune they will pay for his token

Benjamin Mendy was singled out for two new cases of rape: the City star has already accumulated six accusations