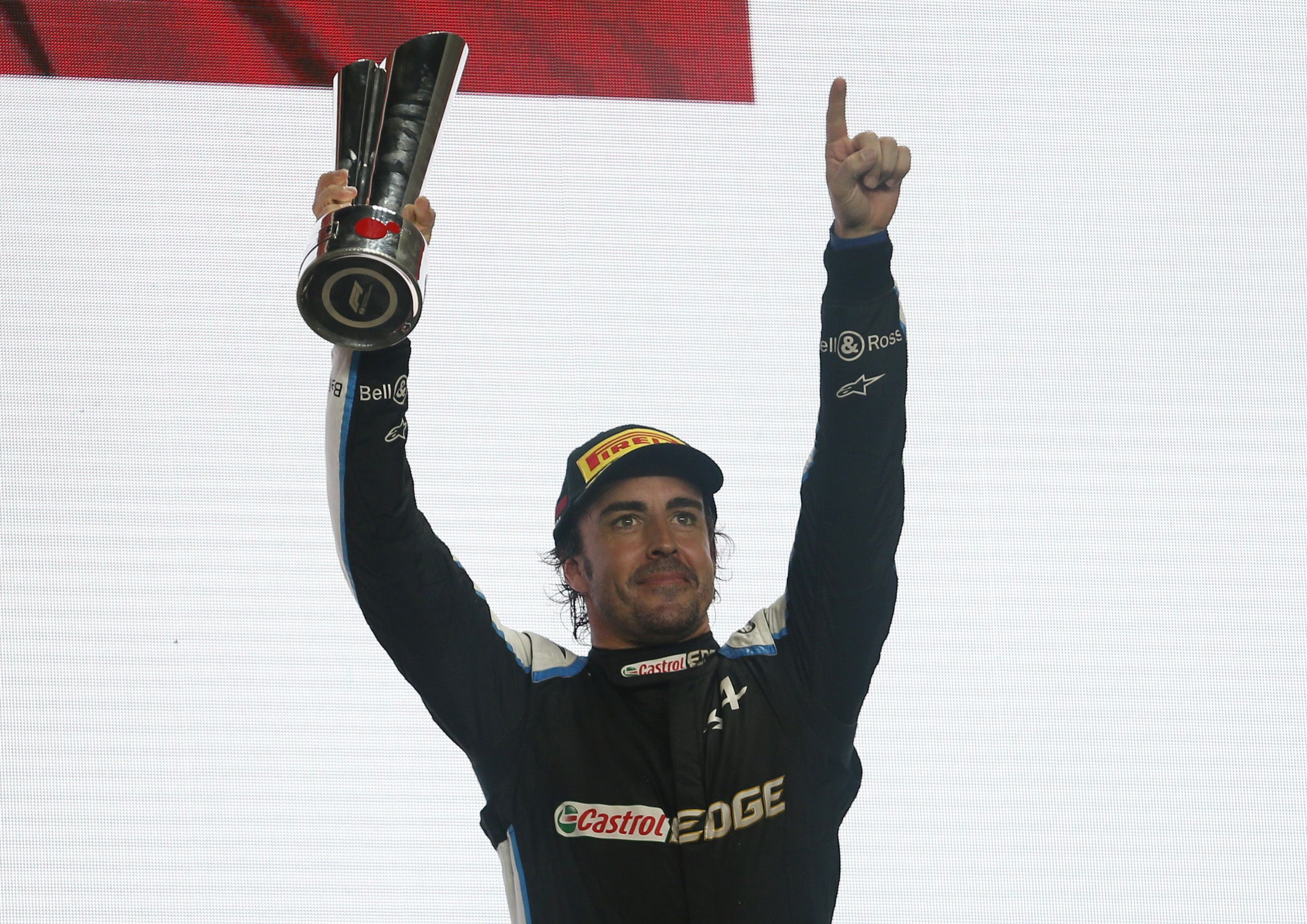 It was a relive for Fernando Alonso, that after seven years he was able to climb again to a podium in the Formula 1 after finishing third this Sunday in the Qatar Grand Prix won by Lewis Hamilton (Mercedes). The Spaniard had a great race with his Alpine, with which he only made one stop in the pits and his good management of the tires allowed him to fulfill a remarkable task and was chosen as “The Driver of the Day”, in a vote in the that the public participates.

The Asturian returned to La Máxima this season after two years and rejoined Renault, which from this championship changed its name to Alpine, one of the French manufacturer’s brands. He had good partial performances and although his teammate, the young Esteban Ocon, he won in Hungary, in the overall sum of points Alonso surpassed him and ratified that position with the podium at the Losail Autodrome.

Alonso qualified fifth, but benefited from the penalty to Valtteri Bottas (Mercedes) for not respecting a yellow flag in the classification (two places) and thus Fernando started third and in the beginning he advanced to Pierre Gasly (Alpha Tauri) and was second, although it was later overtaken by Max Verstappen (Red Bull).

He even had an entertaining fight with Sergio “Checo” Pérez (Red Bull) in the middle of the race, in which he could not overcome it on the track, but when the Mexican made his pit stop.

Nano started the race with the hard compound (the one that degrades the least on the track with the running of the laps) from Pirelli and had a masterful handling to be able to manage the consumption of the rubber and comply with a single stop in the pits, something he did in turn 24. He returned to track eighth, but with the rest of the arrests he returned to place third.

In the last laps, after his second stop, Checo returned to the circuit with a great pace and was close to being able to overtake the Spaniard, who had the risk of a possible tear in his tires due to wear. The Aztec’s attack was in the last four rounds, but the Spaniard was able to retain third place.

The best images of the race

With his work Alonso finished third and returned to a podium after seven years. The last time was on April 20, 2014 when he finished in the same position at the Chinese Grand Prix, his last year at Ferrari. It is the 98th time that he has risen to the stage in the Máxima.

“It was a long wait since the last one, in 2014, and happy for this moment. We had a good race with the one-stop strategy and the car was great all weekend. It helped to come out front, also because of the penalties, and I overtook Pierre Gasly at the start, that served to be able to run in clean air. In your race there are always ups and downs, I had fantastic moments at Le Mans or the endurance, but coming back in preparation for 2022, for the new rules, and having this podium at the end of the year tastes very good. We are more prepared than ten months ago ”, said the 40-year-old Spaniard.

It should be remembered that Alonso was at McLaren between 2015 and 2018, but in the first three seasons on his return to the English team he did not have a competitive car in the new merger with Honda Racing F1 that returned to deliver engines to the Woking team after 23 years.