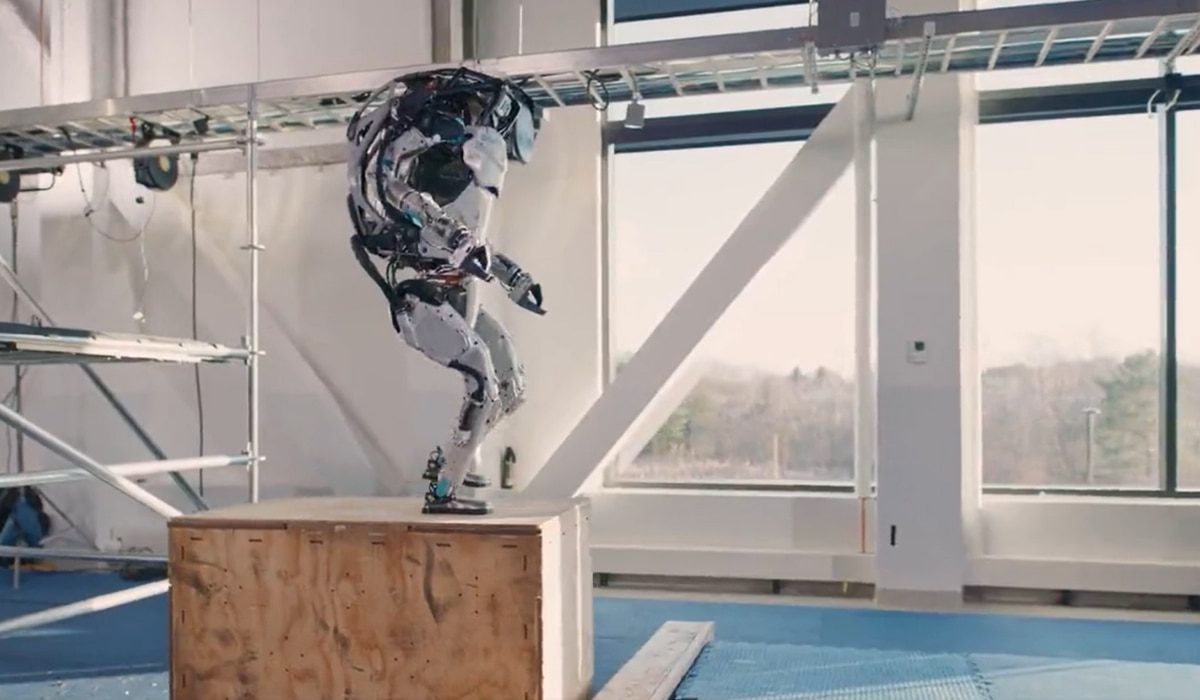 Atlasthe robot of Boston Dynamicswhich has the ability to run, dance, and jump with movements very similar to humans, received an update in its development and the demo ended it with an inverted jump.

The novelty that was included in the device is a pair of hands, which are specifically tweezers that give it the ability to pick up and drop objects independently.

This new piece is made up of a fixed and a mobile finger, its design is designed to lift heavy objects and was first shown in a Super Bowl ad in which he held a barrel over his head.

The latest demo tests all your current capabilities. The researchers created a fictional construction site scenario, in which a human is on top of a structure and needs a suitcase with a tool kit.

The robot must bring that object to the person, but first analyze the situation, take a board and create a bridge to cross a cut path. Then he takes the suitcase, goes up some small stairs, goes over the bridge he created, jumps onto another structure and throws the kit to the person on a higher stage.

To end the demo, Atlas he gets off the initial structure, dropping a box and finally doing a spin in the air, as if he were someone practicing parkour.

“The final movement is a 540 degree inverted cartwheel in several axes, it adds asymmetry to the movement of the robot, which makes it a much more difficult skill than previously performed parkour,” the developers of the device stated at the end of the video.

Regarding the novelties with the pieces, those in charge of the project assure that it is something that they had not achieved before and that, although it may be less flashy than jumping and dancing, manipulating objects is a function that requires a nuanced understanding of the environment.

In addition, they highlighted the speed with which the robot executes the actions, which allows it to give it a relevant utility projection. “It is important to us that the robot can perform these tasks with a certain amount of human speed,” they commented.

The humanoid robot He was born in 2013 and since his creation he has been characterized by having movements and abilities very close to those of a person, starring in several viral videos, like this last one.

Its development is not intended to create a commercial product, for now, but focused on robotics research, this time intended to have a device capable of doing whatever is asked of it.

“Our hope is that if we can build the fundamental technology that allows us to easily create and adapt dynamic behaviors like these, we should be able to take advantage of it in the future to perform real and physically demanding work quickly,” its creators mention.

To achieve this, they use activities that require finding different solutions, such as Parkour to understand the limitations of the robot and dance to find the precision in their movements. Now, with the addition of tweezers, they are forced “to take that information and interpret it in terms of how we can make the hands do something specific.”

Currently, the biggest competitor of this project is the Robonaut of the POT, which is also a humanoid robot, offering pincers similar to a hand.

Why Apple postponed the launch of its mixed reality glasses

ChatGPT: how to get over a breakup, according to artificial intelligence

Stadia comes to an end: what will happen to my games, will they refund money, and more questions resolved