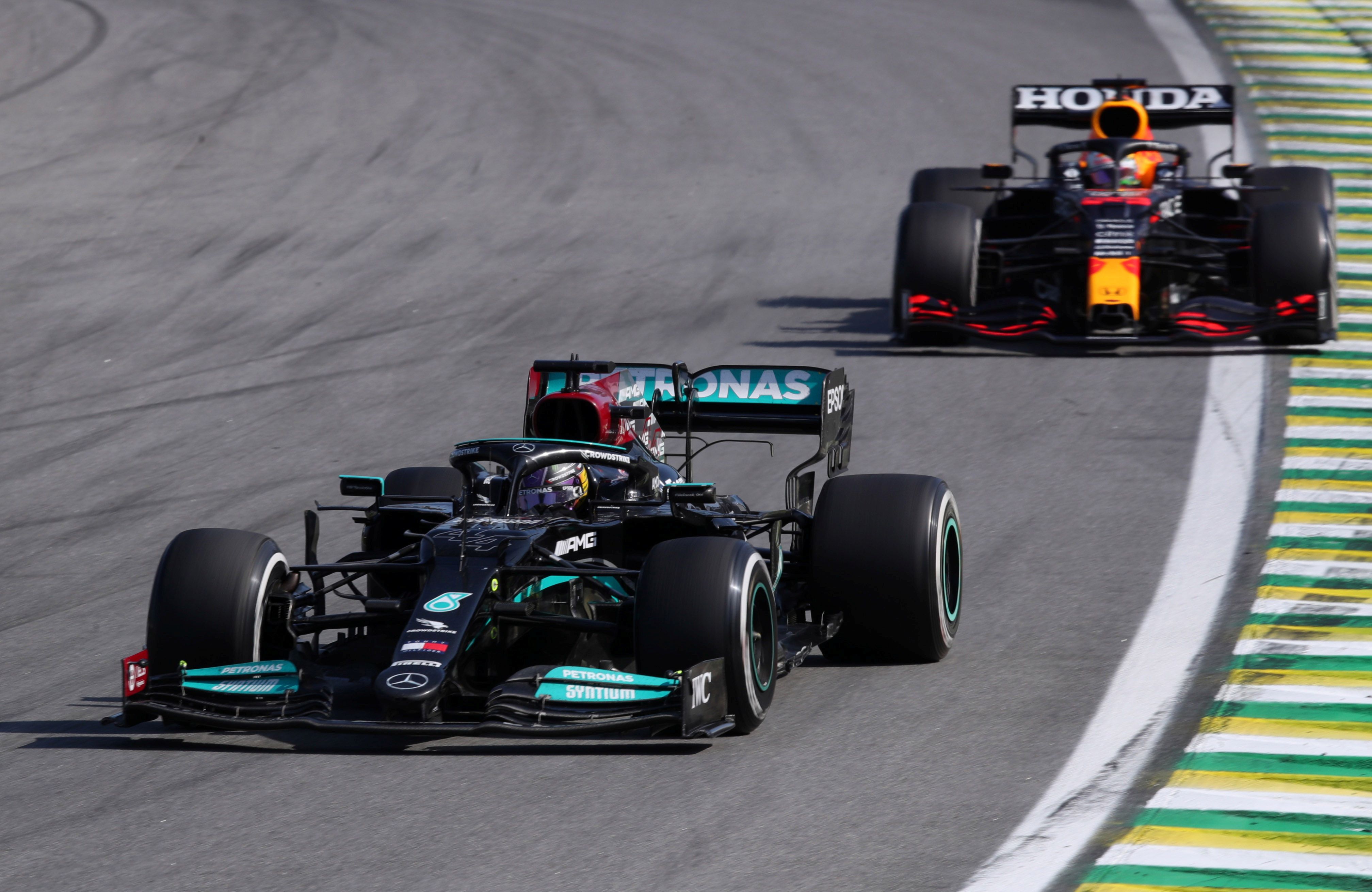 After the races in the United States and Mexico with victories of Max verstappen some were encouraged to say that the championship of the Formula 1 it was already defined in favor of the Dutch team Red bull. But in Brazil, Lewis hamilton It appeared with all its dimension by the last card that Mercedes played in this 2021 that was the new combustion engine that allowed the Englishman to gain more speed and triumph with force in the José Carlos Pace Racetrack in Interlagos, in San Pablo.

The German team stretched as much as possible the replacement of that engine for Hamilton, something that it had already done with the Englishman’s partner, Valtteri Bottas, in Austin, home of the American GP, ​​where the Finn could not get much profit from him since he started ninth and finished sixth.

It was a great risk that the team in charge of Toto wolff, but they played everything and it turned out well. There was another demonstration of the difference in conductive level between its pilots. While the Nordic did what he could in the USA, the Briton was the machine and his car just an instrument.

The reduction of the penalty for the engine change from ten to five places on the starting grid since this year opened the game to be able to stretch the impeller as much as possible. It should be remembered that since 2014 F1 started its hybrid era with the inclusion of electric motors that were added to those of combustion.

Why in Brazil? Because the characteristics of the São Paulo circuit usually deliver entertaining races since it combines two fast sectors with the main straight and the opposite, with several blocked places. With a “fresh” engine, Mercedes engineers analyzed that beyond the penalty for changing the power unit, Hamilton was going to be able to advance anyway.

There was even no doubt in Saturday’s sprint race when Lewis started last due to the exclusion he had in qualifying for anomalies in the wing that is used for the DRS, the system that allows better air intake and gives the car more speed. that comes behind. The sevenfold started at the bottom of the pack and finished fifth.

True, the level of a Mercedes should come as no surprise, but Lewis advanced in a race that is a third the length of conventional Sunday. In short, with fewer laps and no pit stops, he was still ahead.

According to the specialized medium MotorsportA considerable factor in Hamilton’s performance in Brazil was that the Mercedes engine packs a lot more punch when “fresh”. This is especially true compared to the Honda, whose impeller appears to have a much flatter degradation curve.

Another key defining point in the last three rounds is that the engines are performing for a set number of races and Hamilton will have a newer driver than Verstappen in the championship epilogue. Engines are typically designed for optimal performance for seven or eight races, but Lewis had half and ran one of them.

It should be remembered that the Dutch changed its two engines, the combustion engine and the electric one on the 15th date disputed in Russia. He started last because of the penalty (for the replacement of the two drivers), but finished second.

This shorter service life required at the end of the season opens up the possibility of pushing your new engine harder and longer than usual, although there will be a risk associated with overloading and the other components.

In the Sunday competition in San Pablo Hamilton started tenth and before completing the first laps he was already fifth. In the 18th and 19th laps he fought for third place against Sergio “Checo” Pérez (Red Bull), whom he was able to overcome. After Bottas gave him second place, Lewis found himself head-to-head with Verstappen. Both had another great fight on lap 48 where they went to the end of the opposite straight, a maneuver that is still under analysis by the sports commissioners.

Is that this Wednesday the cameras on board the two cars were published and Mercedes filed a complaint against Red Bull and Verstappen in particular. The International Automobile Federation (FIA) announced that this Friday it was going to see a definition. The German team accuses the Dutch of stretching the braking which – according to their interpretation – harmed the English. But the on-board camera shows Max turning the wheel to the left so he tries the turning radius.

The championship is red hot beyond the 14 points that Verstappen leads to Hamilton. The weather is hot and for any maneuver on or off the track there are reactions from Mercedes and Red Bull. Also from the pilots, such as the fact that Max touched the wing that was later objected to by the FIA ​​and only received a financial fine, a few USD 58 thousand (50 thousand euros).

There are three dates and two new circuits left for La Máxima, such as Losail in Qatar, an activity that starts this Friday. Then it will be Jeddah’s turn in Saudi Arabia and the closing will take place in Abu Dhabi, at the Yas Marina circuit, where it has been running since 2010, but it will debut changes to its original layout which will add alternatives to the definition.