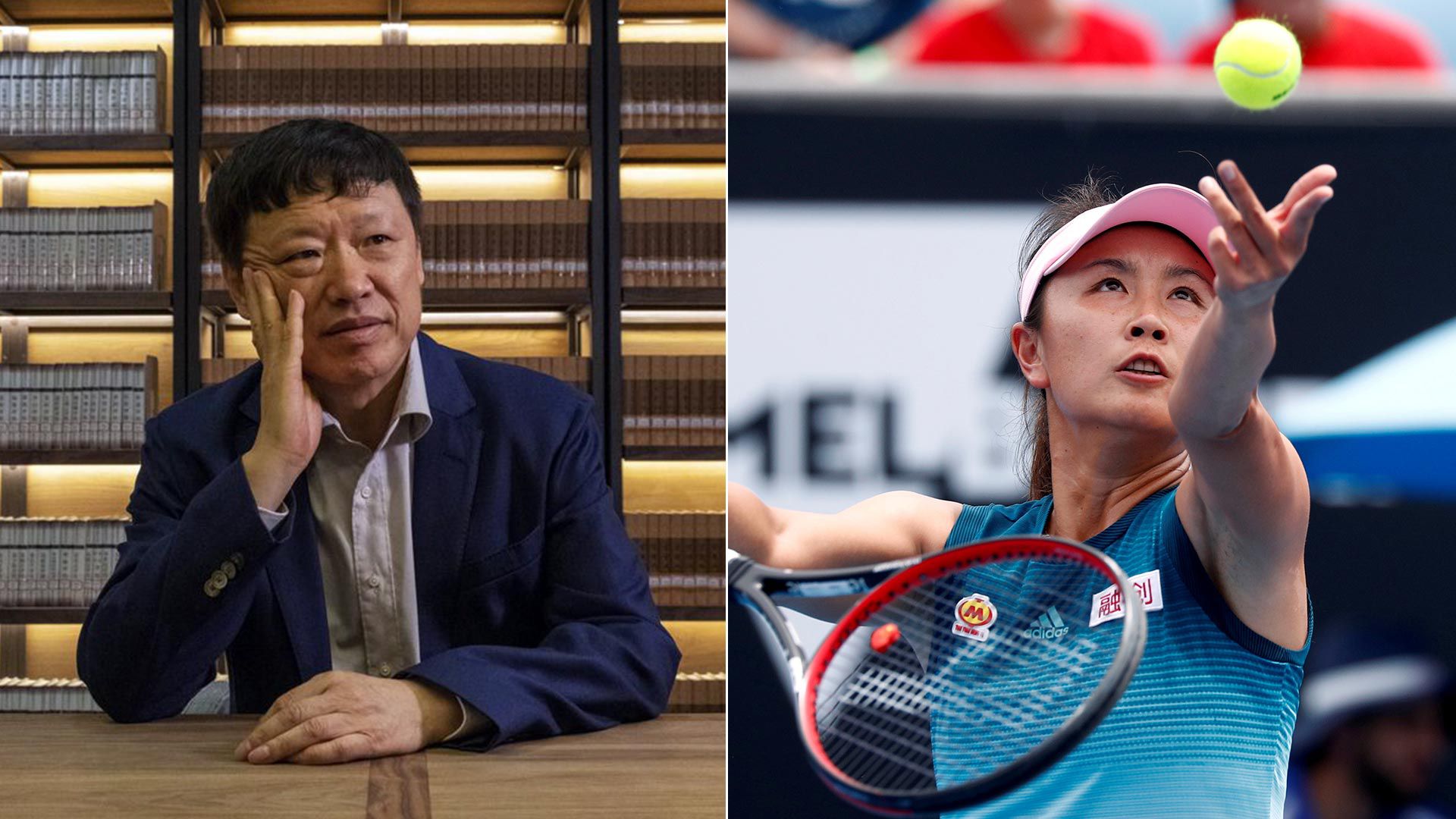 Everything is silence, fear and censorship in China when the news splashes the regime. This time, in addition, it has two ingredients that worry the authorities of even more Beijing: on the one hand, the seriousness of the complaint made by the tennis player Peng shuai -35 years old and former world number 1 in the ranking WTA doubles – involving a senior manager of the Chinese Communist Party (PCC) and the proximity of Winter Olympic Games that will take place in the Chinese capital.

In the last hours, the regime led by Xi Jinping should have shown some response to the increase in the scandal at the international level, after Steve Simon, CEO of the Women’s Tennis Association (WTA) announce that they would withdraw from China if it was not clarified and a serious investigation was carried out on the complaint made by Peng shuai About Rape Starring Former Chinese Vice Premier Zhang gaoli. The reply came through one of the main informal spokespersons of the PCC: Hu Xijin, the general editor of Global Times, the party’s propaganda newspaper.

Hu is in charge of setting the ideological positions of the bureau’s leadership based on its editorials, where lashes out at the main democracies of the West and shows signs of extreme nationalism. This time, he had to come to the defense of his employers to downplay the allegations of sexual abuse made by the tennis player on November 4. The editor used the social network Twitter -forbidden for the rest of the Chinese- to lash out at Simon who announced his intention to withdraw from China and lose millions in advertising if the whereabouts of the athlete and her accusations were not investigated.

“Maybe you did it out of goodwill. But you should understand China, even understand how the system you dislike has promoted the real rights of the 1.4 billion Chinese. Don’t use a coercive tone when expressing any concern for China”, He said in his profile Hu. However, the outrageous and shameful post was made hours before, when he avoided referring to the specific fact for which the world is claiming for the appearance of Peng shuai.

Hu He did not want to talk about the complaint and used the particular euphemism “what is commented”, Trying to silence and make the terrible abuse and rape invisible. “As a person who knows the Chinese system, I do not believe that Peng Shuai has received the retaliation and repression speculated by foreign media from what is being said.“Said the editor of Global Times.

Peng shuai, one of the most important sports stars in her country, publicly accused a former deputy prime minister on November 2 of forcing her to have sex, in a post on social networks that was later deleted. Since then she has been missing. According to a screenshot of his verified account on Weibo, Peng stated that Zhang -who became a member of the Politburo Standing Committee- forced her to have sex and then they had an intermittent consensual relationship.

“That afternoon I did not agree at first and would not stop crying“, wrote Peng about the day of the rape. “I was panicky and scared,” added the woman. After having dinner with Zhang and his wife, and after much persuasion by the former head of the Chinese Communist Party, she relented, according to the post that was later deleted. Like Zhang, his wife Kang jie is still protected by the regime of Xi Jinping.

This Thursday and before threatening to withdraw from China, the highest authority of the WTA has questioned the authenticity of an email attributed to the athlete and was shown on TV in his country, where he denies what happened. Simon He said he was concerned for the safety of the Chinese tennis player Peng shuai and he doubted the veracity of the email that the Chinese medium spread CGTN, akin to the government of that country, where the former player assured that she is well, resting at home, and in which denied all the facts, including allegations of sexual abuse of the former leader.

The explanations of the alleged email “They only increase my concern regarding your safety”stated in a statement Simon, who added that “It’s hard to believe that Peng Shuai actually wrote the mail”.

“As an organization dedicated to women, we remain committed to the principles on which we are founded: equality, opportunity and respect. I have a hard time believing that Shuai Peng actually wrote that statement or that can be attributed to her. Peng showed great courage when it came to talking about sexual abuse by a former leader of his country. The WTA and the rest of the world need verifiable proof that it is safe. I have tried repeatedly to contact her and it has not been possible”, Denounced the director of the WTA.

The NGO International Amnesty (AI) has asked the Chinese authorities to demonstrate the “security” and the “whereabouts“From the tennis player Peng shuai, who two weeks ago accused the former Chinese vice premier Zhang of forcing her to have sexual relations, while demanding that the complaints made be investigated.

AI researcher on China Doriane Lau has indicated that the regime “has systematically silenced the movement ‘Me too’ in the country”. In this context, and “given that it also has a zero-tolerance approach to criticism, it is extremely disturbing that Peng Shuai appears to be missing after having accused a former senior government official of sexual assault“, has added.

“Peng’s alleged statement recently that ‘everything is fine’ should not be accepted as authentic, as Chinese state media has a history of extracting statements from people under duress, or simply making them up.”, Has continued Lau, who has insisted that “These concerns will not fade unless Peng’s safety and whereabouts are confirmed.”.

“Although it is currently difficult to speculate on the motives behind Peng Shuai’s apparent disappearance, what is clear is that the Chinese authorities must properly investigate his allegations of sexual violence at the hands of a senior political official.“, has added. In the opinion of Lau, in case of Peng “highlights the treatment faced by women who survive sexual abuse in China ”, who has said that their complaints are“ systematically ignored and that they are often attacked for speaking out”.