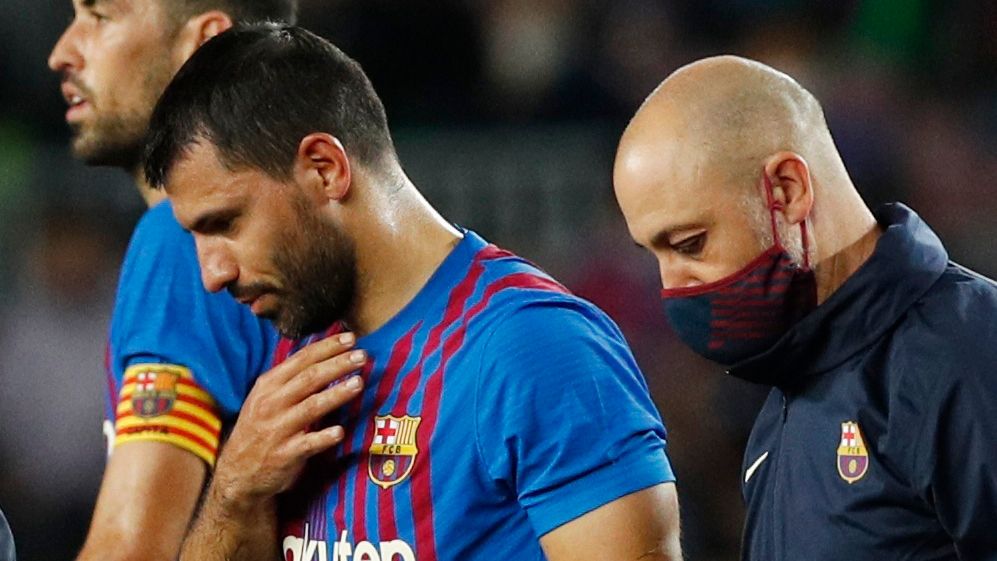 The Spanish media continue to concentrate all the information on two main topics: Xavi Hernández’s debut as coach of FC Barcelona and the possible retirement of Sergio Agüero, product of a cardiac arrhythmia that he suffered in the middle of the game against Alavés, corresponding to last October 30 when he had to ask for the change in the first half.

After the Barça team’s 1-0 victory in the derby against Espanyol, the second issue took on more relevance, especially after the last statement given by the Catalan journalist Gerard Romero, who warned that the Argentine forward would announce his retirement from professional practice through a press conference scheduled for this week.

“I can confirm that the Kun Agüero retires from soccer. After evaluating the situations that happened in the last days and what the doctors communicated to him, he decided to leave football. Next week he will hold a press conference to announce his departure. They do not recommend that you continue with the practice and you have decided ”; he assured in his channel Twitch, Jijantes.

Hours later it was the former footballer Samir nasri the one who spoke live on this statement: “The Kun just sent me a message, unfortunately confirmed. For this reason I am very sad. After being the gamer that everyone knew, he was a phenomenon. He is a very good boy and a great person ”, explained the Frenchman during the program March of ZeDay, from Channel +, of which it is part.

“I am very sorry because it is not an election, it is a forced withdrawal. I know the love he feels for this sport and to see him stop in this way makes me very sad. I send him a lot of courage and a lot of affection because he is someone I greatly appreciate ”, said the Frenchman, who shared a team with him in Manchester City for six seasons.

However, after the great uproar that caused such revelations, it was several club officials who they raised their voices to deny what was being confirmed in different parts of the world.

“Of the Kun Aguero I don’t know anything. I spoke to him the other day. What has come out is not true. We do not have this information, we are talking to him. We will try to make it evolve so that it can continue playing football. He is calm, happy, I told him to come back as he is feeling well, but it is a medical issue, “he said. Xavi Hernandez at the press conference after his debut for Barcelona that ended in a 1-0 win over Espanyol.

Along the same lines, the vice president of the entity, Rafael Yuste: “I can’t confirm it. I can say that there is a period of medical observation of three months and we will see what are the results that the club doctors give us. As far as I know, there won’t be any (press conference) next week ”.

Finally, the sports director Mateu alemany considered that, “accelerating or rushing conclusions regarding Agüero is reckless. You have to let the doctors and Kun have something clear. When something is not clear, it is advisable not to say anything. We have to support him and we will see that situation if it turns for the better. At the moment there is no news, we are going to hope it turns for the better ”.

This cross-information aroused uncertainty about what will happen to one of the greatest references in world football, who has been away from all physical activity since October 30, waiting for a medical report to clarify his future.

Alert in Barcelona: Kun Agüero would give a press conference to talk about his future in football

“He’s in shock”: the confession about Eric Abidal after the scandal over the case of the attacked PSG player