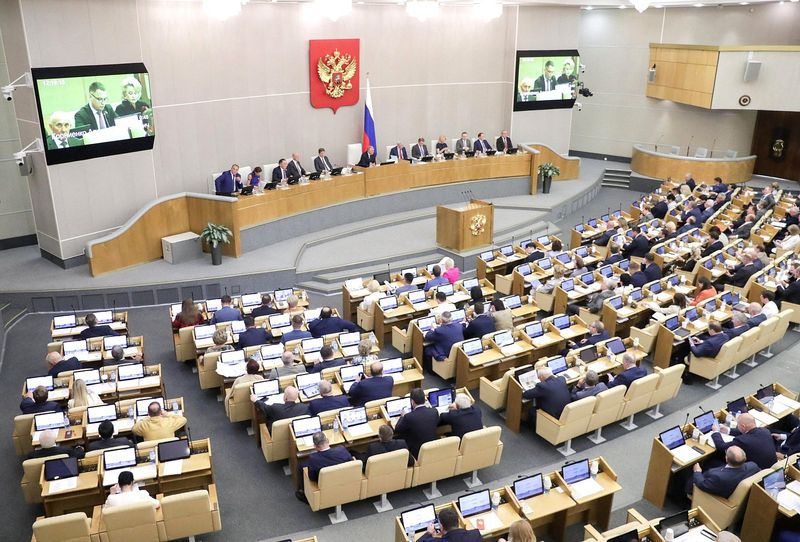 The president of the Russian State Duma, Viacheslav Volodin, asked parliamentarians “who meet the requirements” on Thursday to enlist in the Army to participate in the war in Ukraine, after the country’s president, Vladimir Putin, decreed the Wednesday a “partial mobilization”.

“A day has passed since the president’s decree (…) on partial mobilization, which will help solve the tasks of the special military operation,” he said in a message on Telegram, in which he reiterated the speech of the alleged fight against “the Nazis” and denounced that they also fight “NATO forces”.

“In Ukraine there are NATO instructors, NATO mercenaries, NATO equipment, weapons and ammunition. The line of contact is more than a thousand kilometers”, he pointed out, for which he insisted that“it is necessary to increase the size of the Armed Forces” deployed in the neighboring country.

In this regard, he stressed that “partial mobilization” affects “those who have served in the Army and have combat experience,” before emphasizing that “eligible” parliamentarians must “help” through their “participation in the special military operation”.

“The deputies do not have armor”, declared Volodin, who “now is a time of challenges”. “Together we will overcome them. The security of our citizens and the sovereignty of the country will be guaranteed,” she assured.

The multiple challenges of “mobilization”

Demonstrations against Putin’s call for war took place on their first day more than a thousand arrests, in addition to the repression of the Kremlin police. The rules recently passed into law toughen the punishments against this type of protest and the Moscow prosecutor has said that he could ask for up to 15 years in prison for those who participate in them.

The announcement by Russian President Vladimir Putin initially affects 300,000 reservists. This volume might seem significant compared to the 220,000 troops that have been sent to the front since the start of the Russian invasion on February 24, according to James Rand, an analyst at the British private military intelligence agency Janes.

But “no mobilization is possible overnight”assured Rand, who evokes a minimum period of three months between the issuance of the mobilization order and the sending of a trained soldier.

“It will take months to change things, if they can be achieved at all,” confirms Christopher Miller, a Russia specialist at the Philadelphia Foreign Relations Research Institute (FPRI). For Miller, based on current knowledge, Russia could have “difficulties in mobilization and training, as well as in deploying forces to the front with the necessary equipment.”

Some observers believe that Russia could quickly send reservists to complete partially destroyed units and perform simple tasks such as driving trucks or conducting surveillance patrols.

On the other hand, training a soldier and guaranteeing his motivation to attack is much more complex, especially if his equipment is basic. “There are not many winter uniforms or medical equipment or food rations,” says James Rand.

In fact, the mobilization decreed on Wednesday shows both a desire to strengthen the offensive and to compensate for weak points. “The Russian army is militarily defeated”, but “Russia has more strategic and demographic depth than Ukraine. And he intends to win ‘by weight,’” French military historian Cédric Mas tweeted.