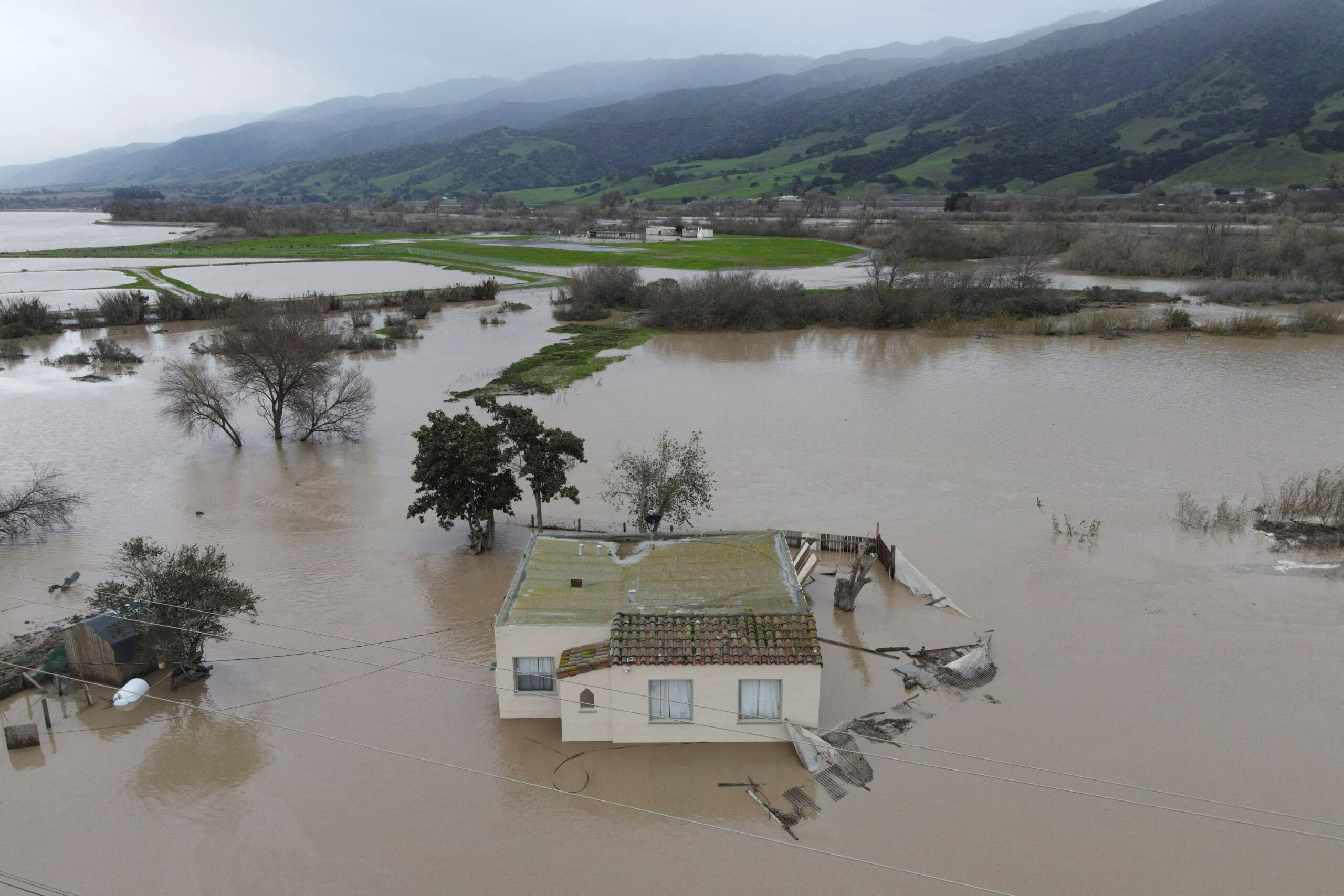 California prepares to suffer “catastrophic floods” over the weekend, forecasters warn, as a eighth consecutive storm it dumps large amounts of water and snow into a region where soils are already saturated.

The most populous US state has been hit in recent weeks by downpours that have killed at least 19 people and triggered flooding, power outages and landslides.

A new low pressure system hit the region on Friday, threatening to isolate the peninsula from Monterey and flood the city Salinas -of 160,000 inhabitants- in the most populous state in the country.

“The entire city of Salinas is in danger of flooding. Most castroville it will flood. All the routes near the Salinas River will be flooded and impassable,” the forecasters predicted. “Many roads, homes, and agricultural areas in the Salinas Valley will suffer significant flood damage”.

The Salinas River is expected to overflow its banks on Friday after weeks of torrential rains, in a flood that could last until Sunday.

The evacuation orders They have multiplied, while Monterey County authorities warn that Salinas residents should prepare to “be incommunicado for two or three days” in the face of possible roadblocks.

The warnings come as the region tries to recover from previous repeated downpours. The short lulls between two storms barely give authorities time to clean up the damage before the next deluge.

Between the 19 victims In the state there are drivers found trapped in their submerged cars, people struck by fallen trees and a couple killed in a rockslide.

“The unsettled weather currently prevailing in the west of the country (…) will unfortunately continue this weekend, with two more rounds of heavy rainfall expected,” the NWS warned.

Forecasters say the first of two cyclones moving from the Pacific Ocean to the West Coast will spread rain farther north, forming a band from northern California to the states of Oregon and Washington.

They wait until 15cm of rain in the next few hours around Seattle, a large city in the northwestern United States.

While some parts of Washington state are under avalanche watch as the storm brings wetter and heavier snow to the mountains.

The Northwest Avalanche Center said it expects “dangerous and large-scale” avalanches with the passage of this weather event.

These include ‘wet snow avalanches’, which occur when wetter snow accumulates on top of a light snow cover, making the whole package unstable.

California is used to extreme weather, and winter storms are common.

But scientists say the climate changepowered by human burning of fossil fuels, is making these events more ferocious.

While it is wreaking short-term disasters, the rain is badly needed in the American West, where more than two decades of drought have imposed unprecedented restrictions on water use.

However, climatologists warn that even the kind of monstrous downpours that have hit the region this month is not going to reverse more than 20 years of below-average rainfall.

Lake Shasta, the largest reservoir in the state, was still at just two-thirds of its historical average in early January, according to data from the department of water resources.

Floods and landslides in California: there are 14 dead and more rains are expected