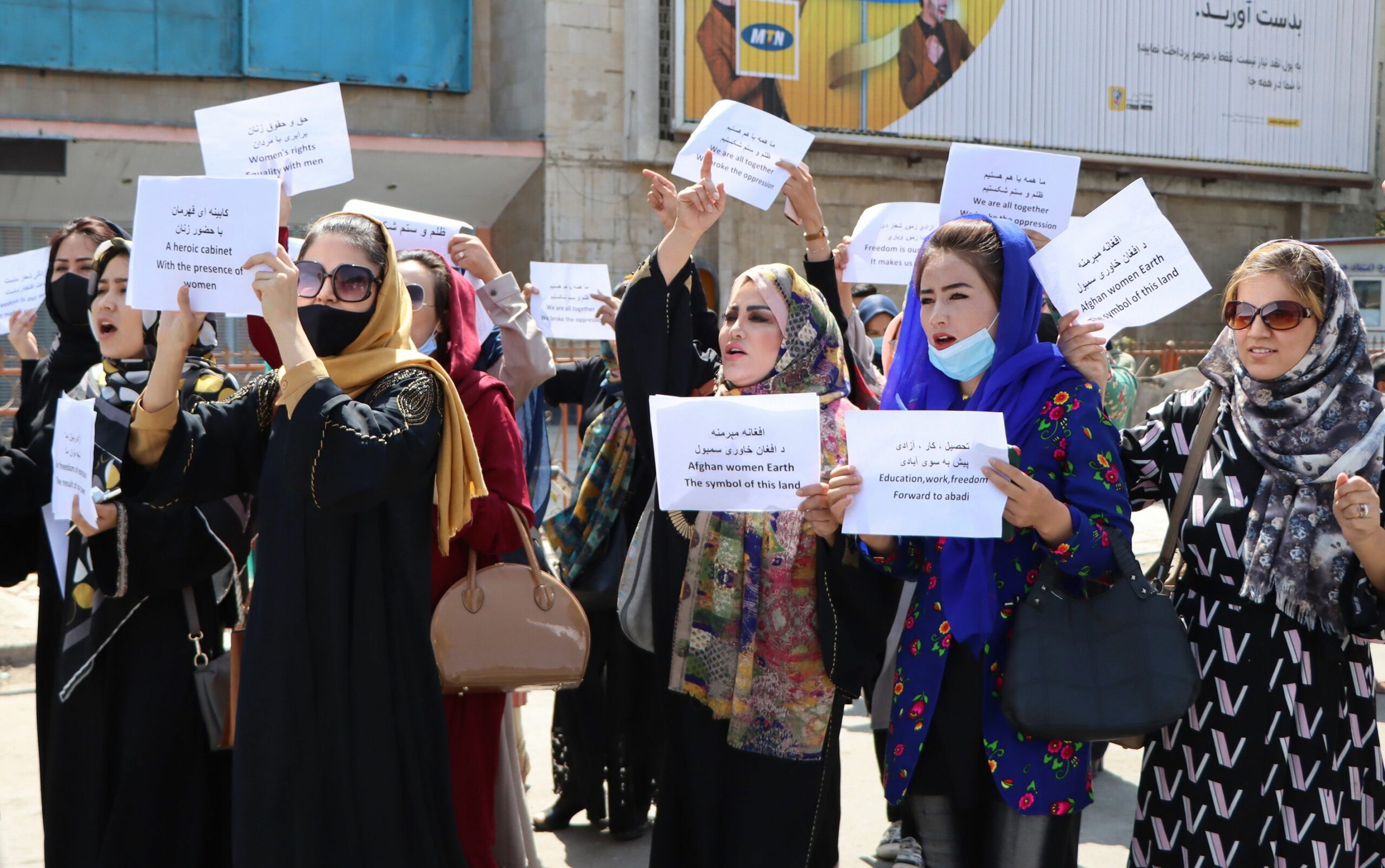 fighters taliban women protesters were beaten and shot into the air on Saturday as they violently dispersed a rare demonstration in the Afghan capital, days before the first anniversary of Islamist hardliners’ return to power.

Since they took power on August 15 last year, the taliban have rolled back the small gains made by women during the two decades of US intervention in Afghanistan.

About 40 women, chanting “Bread, work and freedom”marched in front of the Ministry of Education building in Kabulbefore the fighters dispersed them by firing their weapons into the air, reported a correspondent for the AFP.

Some women protesters who took refuge in nearby stores they were chased and beaten by Taliban fighters with the butts of their rifles.

The protesters carried a banner reading “August 15 is a black day” as they demanded work rights and political participation.

“Justice, justice. We are fed up with ignorance.”shouted the protesters, many of them unveiled, before dispersing.

Some journalists covering the protest were also beaten. by Taliban fighters.

After taking power, the Taliban promised a softer version of the harsh Islamist rule that characterized their first term in power from 1996 to 2001. But many restrictions have already been imposed.

Tens of thousands of girls have been excluded from secondary schoolswhile women have been prevented from returning to many government jobs.

Women have also been banned from traveling alone on long trips, and can only visit the capital’s public gardens and parks on separate days from men.

In May, the country’s supreme leader and head of the Taliban, Hibatullah Akhundzadaeven ordered women to cover themselves completely in public, including their faces, ideally with an all-covering burqa.

Some Afghan women initially pushed back against the sidewalks, staging small protests.

But the Taliban soon rounded up the ringleaders, holding them incommunicado while denying they had been detained.

Recently, the non-governmental organization Amnesty International denounced the “stifling repression” imposed by the Taliban on women and girls since they seized power in Afghanistan in August 2021 after then-president Ashraf Ghani fled the country, and in the final stages of the withdrawal of international troops.

In their report ‘Death in Slow Motion: Women and Girls Under Taliban Rule’, The NGO has stated that “the Taliban are devastating the lives of women and girls in Afghanistan with the repression of their Human Rights”, including restrictions on their right to education, work and free movement.

A year after taking power, the Taliban did not keep their promises to respect Human Rights in Afghanistan