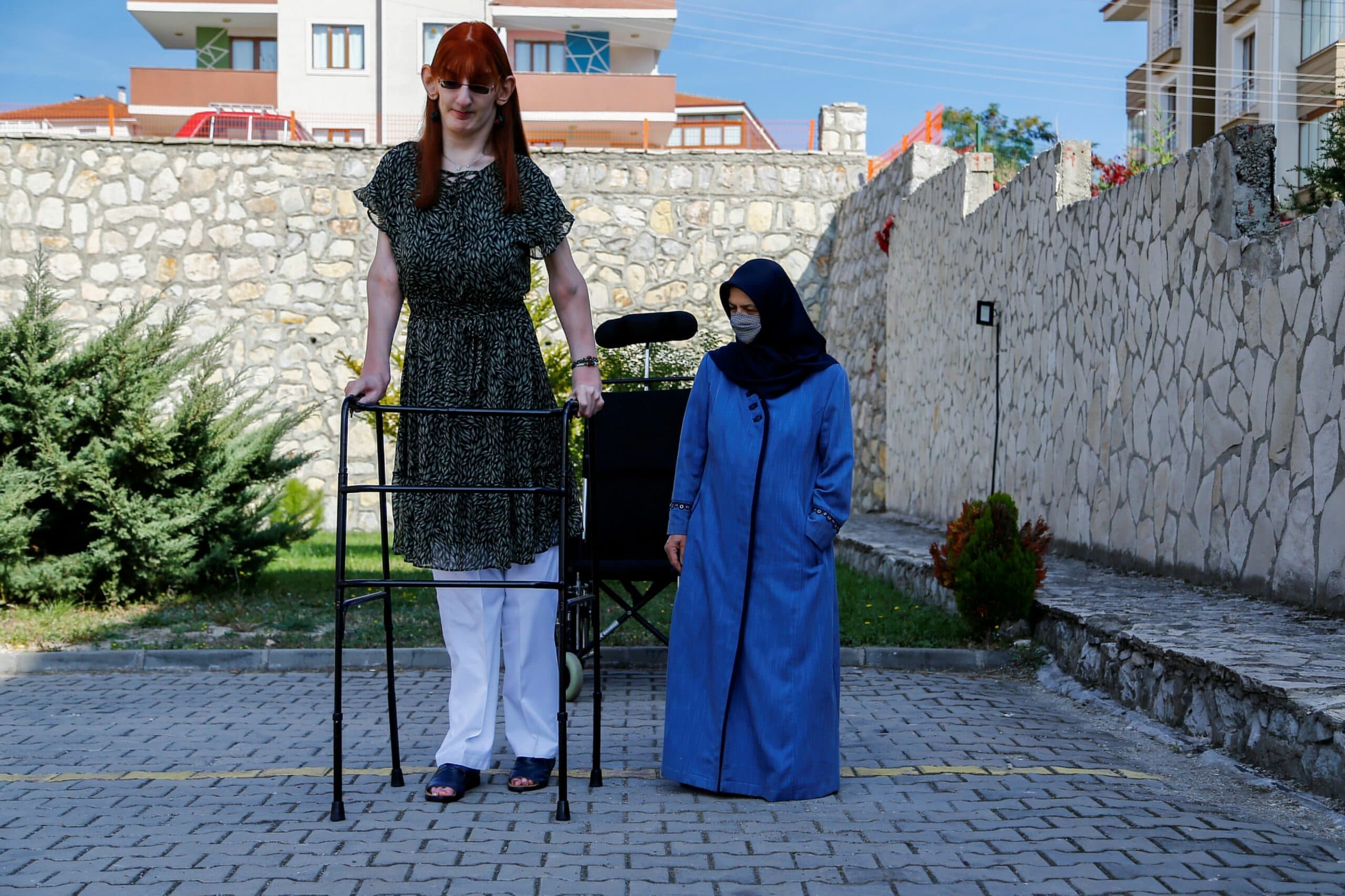 Rumeysa Gelgithe tallest woman in the world, who measures 2 meters, 15 centimeters and 6 millimeters, was able to travel by plane for the first time in her life thanks to a special modification that an airline made in the passenger cabin.

The flight was from Turkish Airlines and what the company did to make the trip possible was to remove 6 seats from the economy class, replacing them with a stretcher so that Gelgi could travel to San Francisco.

The objective of the trip of the tallest woman in the world, who was thus named by the Guinness World Records last year, was to continue her studies in software development, in addition to contacting the organization in charge of the world records to promote different events, as detailed by Dailymail.

Before Turkish Airlines modified its plane for 25-year-old Gelgi, she could not travel on conventional aircraft because she did not fit inside the cabin, even as a child, as she needed a lot of special care that the airlines could not. provide. But from now on she hopes to continue flying, either with Tuwkish Airlines or other airlines that show solidarity with her cause.

Gelgi suffers from a condition called Weaver syndrome, which causes excessive bone growth, among other things, for this reason, he must move in a wheelchair or with the help of a walker, which is why the airline of his native country He adapted the plane with a stretcher so that he could travel lying down during the 13-hour flight, as detailed by Business Insider.

“This was my first flight, but it certainly won’t be my last. From now on, I will be very honored and happy to fly to different parts of the world with @turkishairlines”, Gelgi posted on his Instagram account along with several photos with the crew and at the airport, adding “a sincere thanks to each one of the people involved in my trip.”

Gelgi is committed to the causes of disabled people, receiving last year the title of being the tallest woman in the world, she had said: “Every disadvantage can become an advantage for you, so accept yourself as you are, be aware of your potential and give the best of yourself”, according to the British media.

“Being different is not as bad as you think. It can bring you unexpected success”; she had told her at a press conference upon obtaining the title of being the tallest woman in the world. “Personally, I believe that differences and other features that seem like a disadvantage can become advantages if you want and work hard for it, that’s exactly what I did,” she had added at the time.

Craig Glenday, Editor-in-Chief of Guinness World Records, had said: “It is an honor to welcome Rumeysa back into the record books”, adding that “her indomitable spirit and her pride in standing out from the crowd is a inspiration. The tallest living woman category doesn’t change hands very often, so I’m excited to share this news with the world.”

Amid the impact of drought and frost, Massa announced that there will be a differential dollar for regional economies

Who had more inflation in October: Argentina or Venezuela?

Income Tax: how to calculate if the Christmas bonus will be exempt