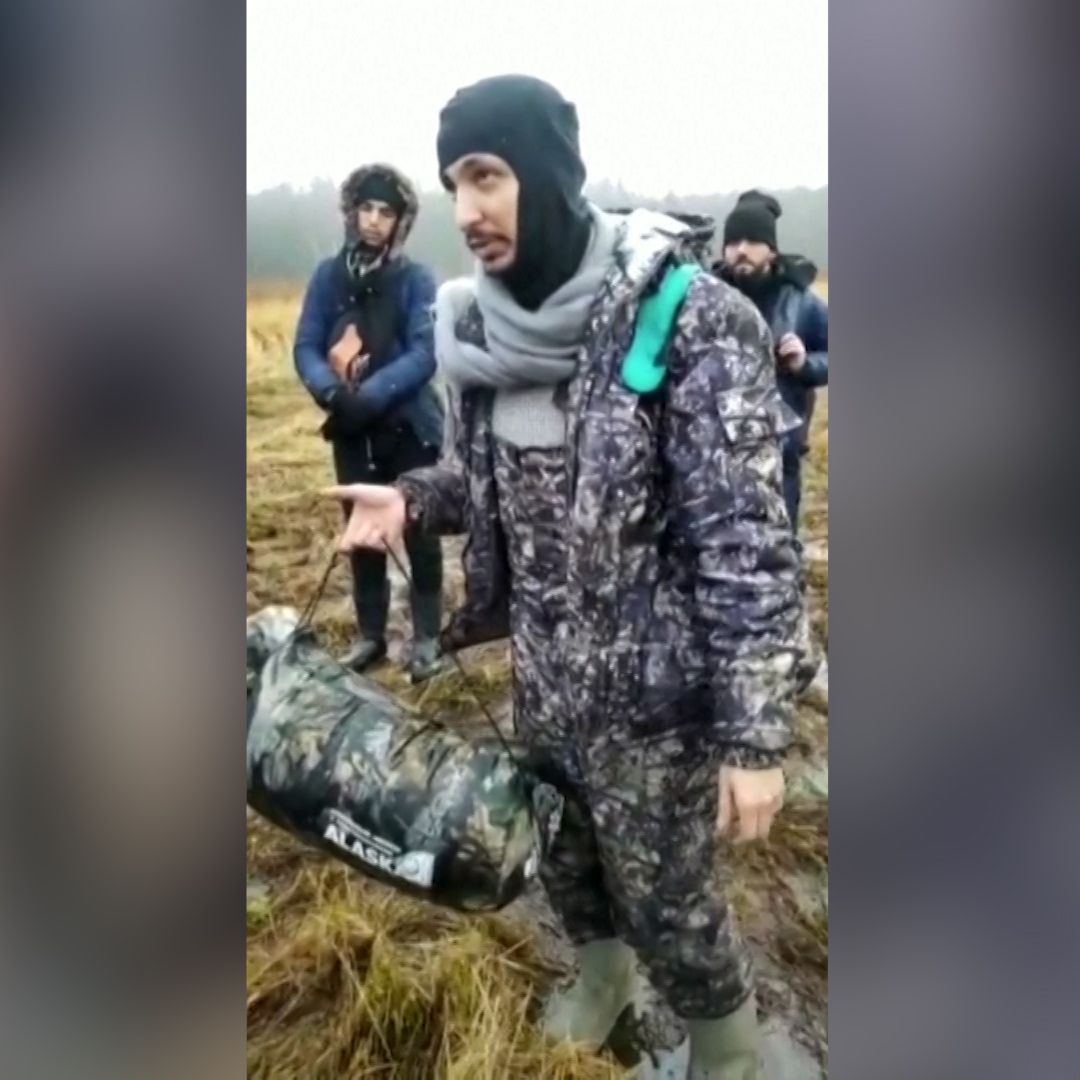 Two migrants told how they were beaten by the Belarusian army and forced to submerge in a river amid extremely cold weather near the Polish border.

In a video released by the Lithuanian Border Guard, a Syrian migrant tells agents that the Belarusian army “forced” him and his friends to cross the border with Lithuania.

Asked by the border guard as to whether the military used force against them, they reply that yes, “in the river, in the water”. “Our clothes are full of water,” says one.

Both also assure that they were snatched their cell phones and SIM cards.

According to the video, They traveled from Syria to Beirut and wanted to finally cross the border with Poland. Instead they say, the Belarusian army took them to the border with Lithuania.

According to the Lithuanian border guard, the migrants changed their clothes, sheltered them and received food and water. They assured that they were not admitted and returned to Belarus.

The European Union maintains that Belarus is encouraging migrants to cross the border in revenge for sanctions for the crackdown on protests last year against the contested reelection of the president Alexander Lukashenko.

In Lithuania, the authorities reported that they had detained 47 people who had tried to approach the border.

On the other hand, the countries of the European Union (EU) must adopt new sanctions against Belarus “in the coming days” by the migratory crisis that provoked in the eastern borders of the blocsaid this Monday the head of European diplomacy, Josep Borrell.

According to the official, the new package of sanctions will include “a significant number” of Belarusian citizens and companies for “facilitating the illegal crossing of borders into the EU”.

Borrell spoke after a meeting of the 27 foreign ministers in Brussels.

The EU accuses Belarus of having organized these migratory movements to take revenge for the Western sanctions imposed on Alexander Lukashenko’s regime last year, after the brutal repression and imprisonment of opponents, which he denies.

“We can now specifically take into account those who exploit vulnerable migrants and facilitate illegal border crossing into the EU“Declared Borrell, alluding to a”aggression hybrid”From Belarus.

Belarus is “actively” working to bring migrants from the EU-Belarus border back to their country, assured Alexander Lukashenko, in power for 30 years and whose re-election in August 2020 it was not recognized by Europeans for various irregularities during the elections.

The European sanctions adopted after those elections against officials responsible for the Belarusian regime affect 166 people, including Lukashenko himself, and consist of the freezing of the assets of those sanctioned and the prohibition to enter the EU.

Thousands of migrants on the border between Poland and Belarus suffer from freezing temperatures, hypothermia, dehydration and hunger