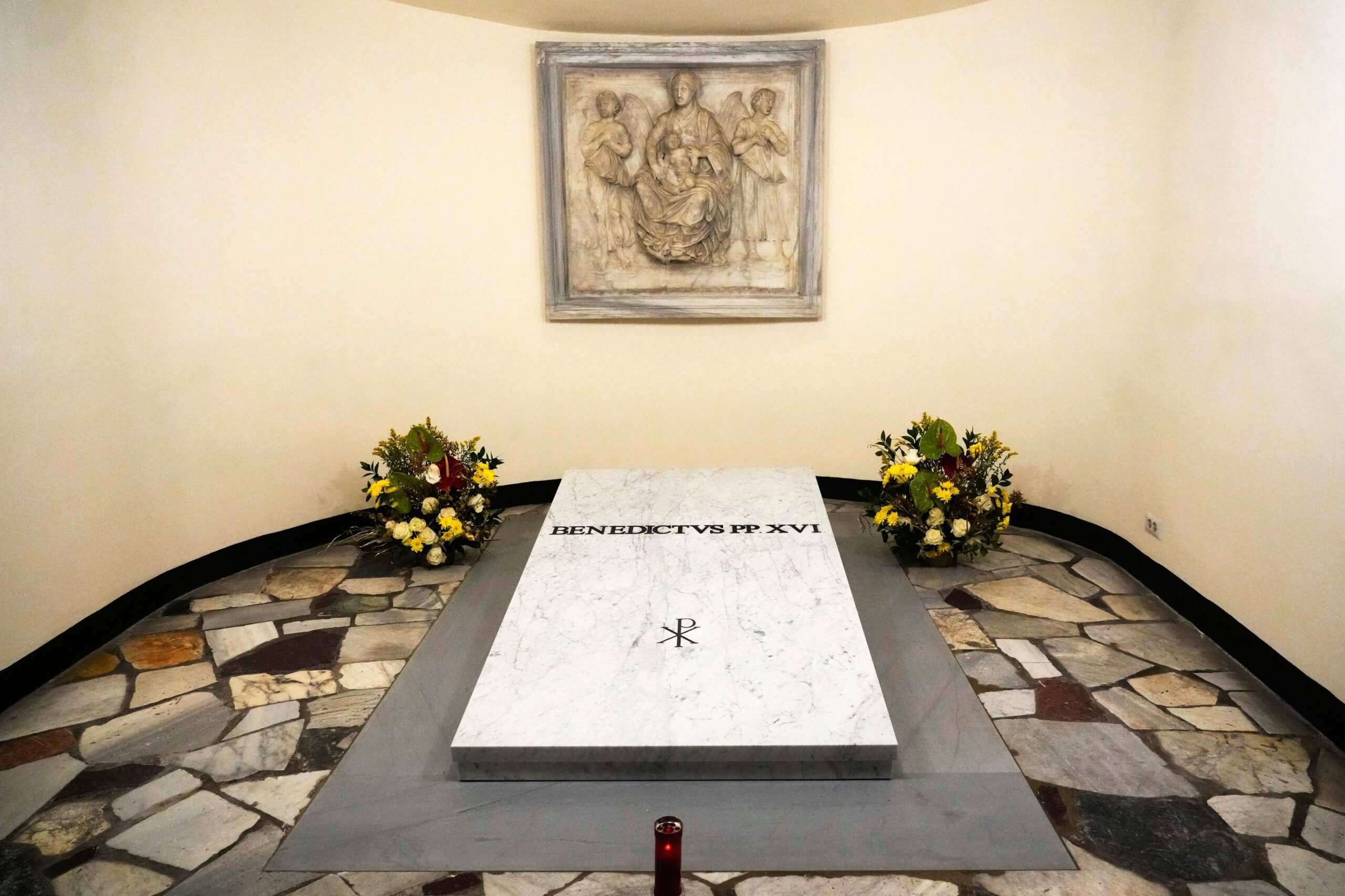 The public will now be able to visit the tomb of Pope Benedict XVI in the grottoes under St. Peter’s Basilica.

The pontiff was buried on January 5 immediately after a funeral in St. Peter’s Square. Benedict’s tomb is located in the caves located under the main floor of the enclosure.

At 9:00 a.m. local time (08:00 GMT) the crypt where the popes rest was opened, under the floor of the basilica, and visitors began to enter, mostly priests, nuns and faithful in the first minutes after the opening, as best they could. check EFE.

Benedict had remained pope emeritus since 2013 after retiring from the papacy, the first pontiff to do so in 600 years. He passed away on December 31 at the age of 95 in the Vatican monastery where he spent his last years.

Last Thursday, his secretary for several years, Archbishop Georg Gaensweingave a final blessing after the remains of Benedict, located in three coffinsas tradition marks it, one of cypress, that was presented in the square during the funeral presided over by Pope Francis, introduced into one second zinc and sealed, and coated all in one third in varnished elm.

The remains were placed in the former tomb of Benedict’s predecessor, John Paul IIwhose remains were moved to a chapel on the main floor of the basilica after his beatification in 2011.

The body of Benedict XVI was exposed for three days in a burning chapel in the Vatican basilica through which almost 200,000 faithful passed and after which it was placed in the first box, lined inside with crimson velvet.

He wore the pontifical paraments, as the red tunic or cloak (color of papal mourning), although without the pallium, a symbol of pontifical jurisdiction, since he resigned, while her face was covered by a white silk scarf and a rosary was left in her hands.

Inside the coffin were also placed the coins minted during his pontificate, the parchment with a brief account of the 8 eight years of papacy and the canopies that he wore as Archbishop of Munich and Rome.

The burial took place after the celebration of his funeral, which was attended by more than 50,000 faithful, presided over by Francisco, who highlighted the “wisdom, delicacy and dedication” of the emeritus pope, and officiated by the dean of the college of cardinals, the Italian Giovani Battista Re.

Benedict’s name the 256th pontiff of the Catholic Churchwas engraved on a white marble slab, the Vatican reported.

The Holy See did not say whether Francis had privately visited Benedict’s completed tomb before public access was allowed, or if he would do so in the future.

(with information from AP and EFE)

The 20 most shocking photos of Benedict XVI’s funeral

Benedict XVI, the Pope who brought the Latin American Church to the fore

The end of the era of the two popes: how was the relationship between Francis and Benedict XVI and what will happen in the Catholic Church