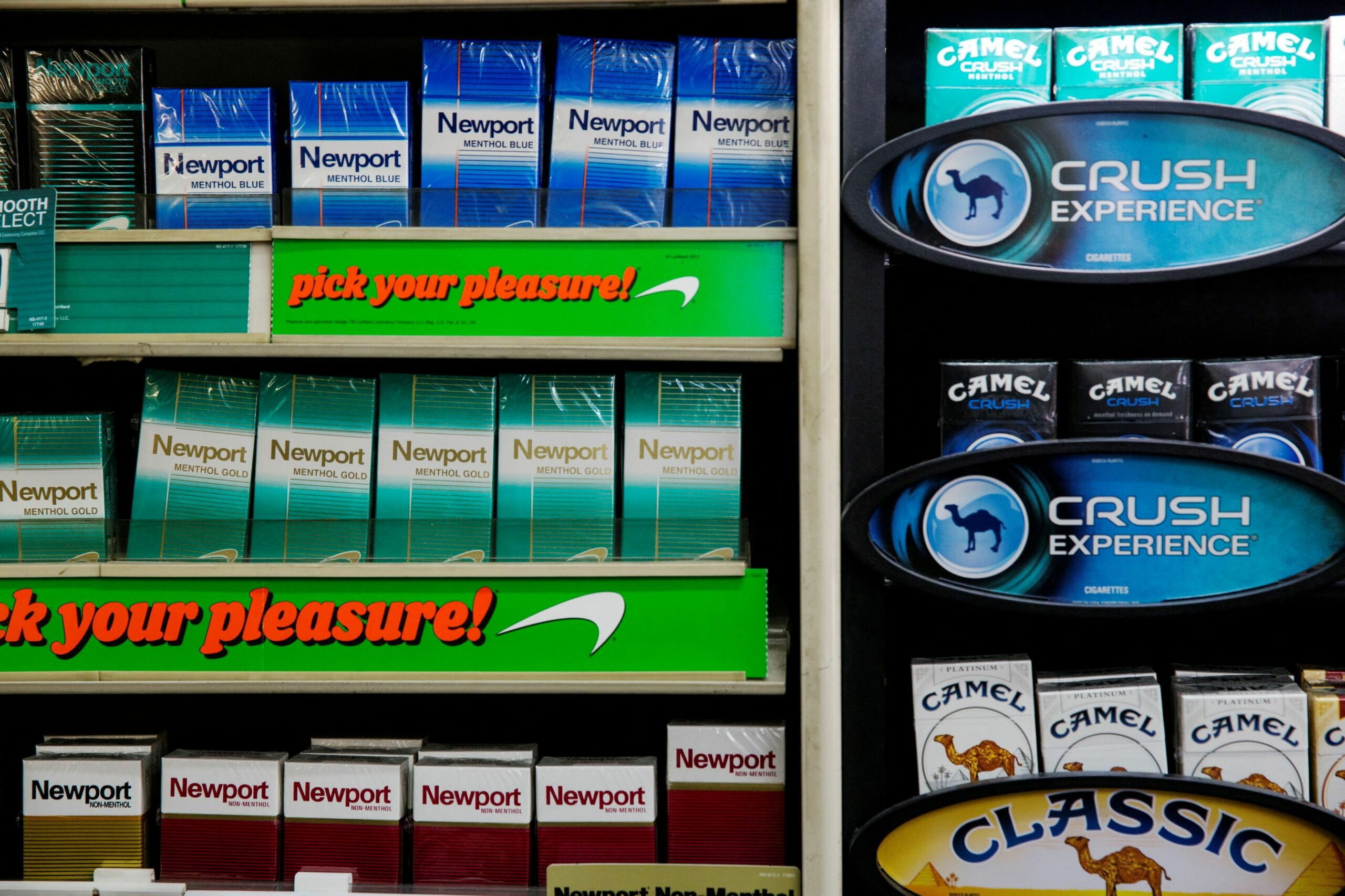 A law that came into force in California, United States, determined that aromas and flavors are prohibited in tobacco products, including menthol cigarettes. However, various anti-smoking experts have warned that RJ Reynoldsthe company that makes the brands of cigars camel Y Newporthas been campaigned to try to circumvent those Californian rules with some alleged new versions of cigarettes without menthol and with “a fresh new touch”.

According to an article in New York Timeswhen said prohibition began days ago, the tobacco company RJ Reynolds circulated brochures that had the phrase highlighted “California, We’ve Got You Covered” (NdR: California, we have you covered).

And that brochure, which was mailed to California customers who had applied for coupons, included previews of “new” varieties of Camel and Newport with “bold, long-lasting flavor.”

Many critics called it “scandalous” this marketing ploy. “What surprises me is that there is no camouflage,” said Dr. Robert Jackler, a Stanford professor of medicine who provided the brochures to The New York Times. “They’re saying, ‘This is our substitute for menthol. And by the way – wink, wink – it’s not really minty.’”

On the other hand, these tobacco products that are marketed as “new” also seem to challenge the authority of the FDA (the US Food and Drug Administration) since, according to the Tobacco Control Act, since 2007 the different products must be authorized by the FDA, to prevent tobacco companies from modifying them to increase their attractiveness.

Luis Pinto, vice president of communications for RJ Reynolds, said in an email that the “products introduced into California meet all applicable regulatory requirements.” And he asserted that the new cigarettes “are not subject to the recently enacted ban because They do not have a distinguishable flavor or aroma other than tobacco.”

Sven Jordt, a Duke University researcher who reviewed the company’s ingredient records, noted that the Camel Crisp and Newport EXP versions contain a synthetic coolant called WS-3, that it has a cooling effect but not a mint flavor and that its effects on the health of the consumer are still unknown.

The US Supreme Court refused to block the ban in mid-December at the request of RJ Reynolds, who had alleged “substantial financial losses” from the law since it menthol cigarettes account for a third of the cigarette market. According to Tobacco Free Kids -one of the main anti-smoking organizations in the US-, 80% of young people between the ages of 12 and 17 who start smoking do so through menthol cigarettes or vaporizers.

Abigail Capobianco, an FDA spokeswoman, told the New York Times that the agency monitored compliance with federal tobacco laws and regulations, and that it took corrective action when violations had occurred. But he declined to comment on the new products in California.

The menthol It is a naturally occurring chemical found in peppermint oils, but it is also produced synthetically in laboratories. In addition to the refreshing taste, menthol has analgesic and anesthetic properties. For this reason, for almost a century it has been added to some tobacco cigarettes to disguise and make the taste of tobacco less irritating.

This year, a University of California study found that the proportion of smokers ages 12 to 17 who use menthol cigarettes has risen 56% in the US and that these products appear to have led them to smoke more frequently and become more more dependent on nicotine. The research was prepared with data from 1,092 young Americans and was carried out between 2013 and 2019.

Additionally, the cooling sensation can cause the smoke to be inhaled deeper and held longer, which can result in more nicotine absorption per puff.

Scientists, using data from the nationally representative Population Assessment of Tobacco and Health (PATH) study in the United States, compared the use of menthol-flavoured and non-menthol-flavoured cigarettes. For youth who smoked, menthol cigarette use was associated with an additional 2.8 days of cigarette smoking in the past 30 days, 38% increased risk of being a frequent smoker and 8% more dependence on nicotine. They also found evidence that youth who switched from menthol to unflavored cigarettes smoked 3.6 fewer days over 30 days, had a 47% lower risk of frequent smoking, and 3% lower nicotine dependence.

Menthol was first added to tobacco in the 1920s and 1930s. Today, nearly 18.6 million smokers use menthol cigarettes in the United States alone. According to the Centers for Disease Control and Prevention (CDC), cigarette smoking remains the leading cause of preventable disease, disability, and death in the United States.

Tobacco use is associated with 1 in 5 deaths in the United States. “Some studies project that banning menthol could prevent as many as 633,000 deaths,” said study lead author John P. Pierce, a distinguished professor at the Herbert Wertheim School of Public Health and UC San Diego Moores Cancer Center.

Climate history: what the last 11 thousand winters and summers were like on Earth

A green comet approaches Earth for the first time in 50,000 years: how and when it can be seen