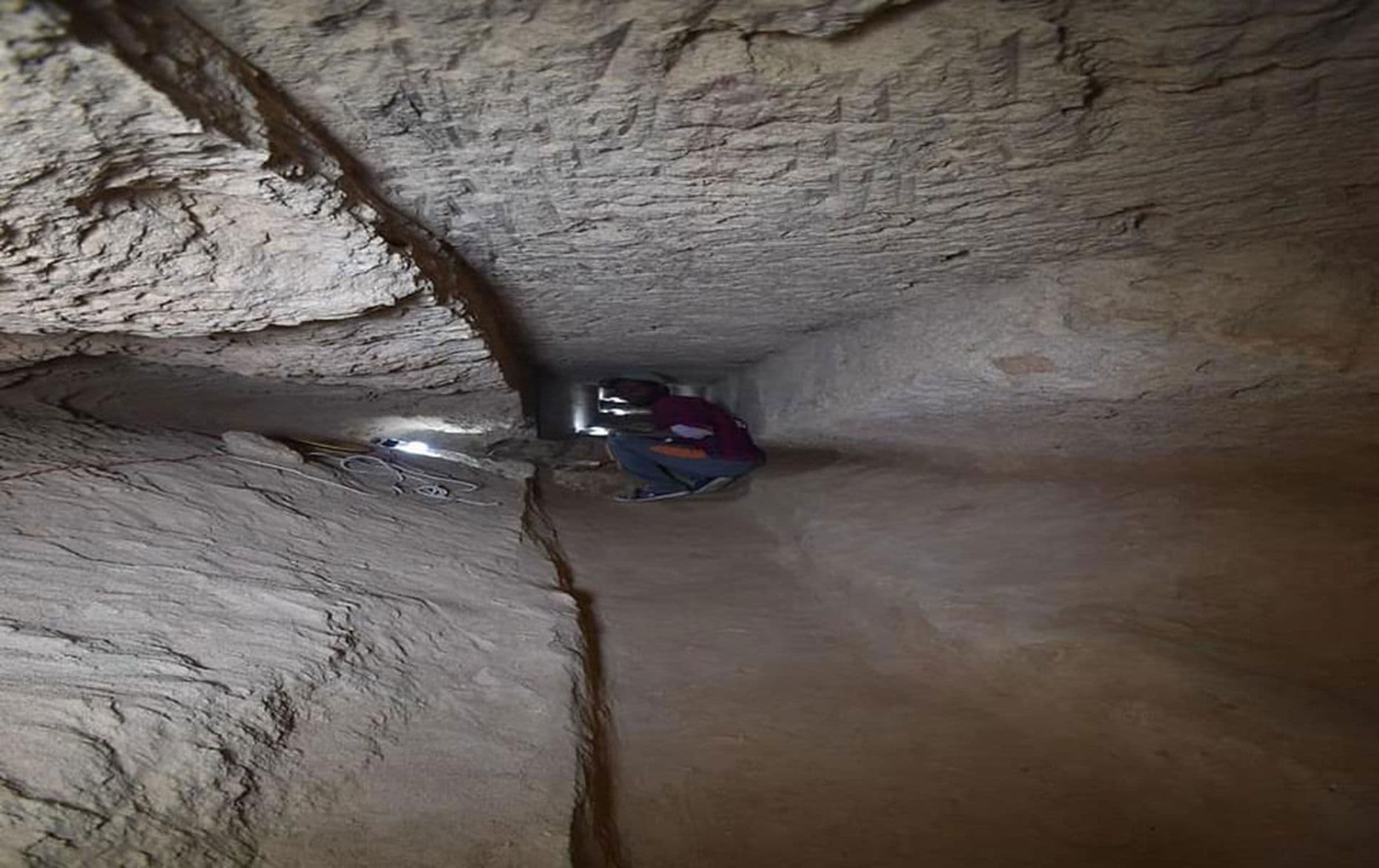 A tunnel was found under ancient Taposiris Magna Temple of Egyptafter hard work excavation of rock layers, which according to archaeologists could lead to the grave waste of Cleopatra.

The tunnel, the cula has already been described as a “geometric miracle”, has an extension of more than 1,300 metersis about two meters tall and looks like the Eupalinos Tunnel on the Greek island of Samos, revered as one of the most important in engineering. as published by the British media The Daily Mail.

the archaeologist Kathleen Martinezof the University of Santo Domingohas been working for more than 10 years, in what could give him great certainty that, the last ruler of Egypt, Cleopatra, and her lover, Mark Antonywere buried inside the temple, and she is sure that the tunnel could be the way to this discovery.

The Egyptian-Dominican archaeologist mission has discovered the 1,305-meter-long tunnel dating from the time Greco-Romannear the Taposiris Magna Temple, in the west of the Mediterranean city of Alexandria.

The Ministry of Tourism and Antiquities of Egypt, explained through a statement that the tunnel is 13 meters underground.

The mission, led by the archaeologist Martínez, found near the temple the heads of two statues made of alabasterone of them from a person from the ptolemaic periodand the other probably a representation of the sphinx.

Martínez, who described the tunnel as “an engineering miracle” explained that “initial studies indicate that its architectural design is very similar to the design of the Yubilinus tunnel in Greece, but it is longer.

The archaeologist told her that there is a 1 percent chance that the queen is buried there, and if she is, finding the remains of Egypt’s last pharaoh would be “the most important discovery of the 21st century”.

He added that a part of the discovered tunnel is submerged under the Mediterranean waters, and that the mission found several ceramic pots and jars, as well as a rectangular block of limestone under the mud sediments.

“Numerous archaeological evidence has shown that there is a part of the foundations of the Temple of Taposiris Magna that is submerged under water, and the mission is working to uncover it,” he added.

He also stressed that, according to scientific sources, at least 23 earthquakes shook the Egyptian Mediterranean coast between 320 and 1303 AD, causing part of the Temple of Taposiris Magna to collapse and sink.

The Egyptian-Dominican mission had reported in January the discovery of sixteen Greco-Roman catacombs with their respective mummies in the necropolis of Taposiris Magna, and which give clues to the characteristics of mummification at that time.

The discoveries made so far show that the temple of alexandria was built by the king Ptolemy IV, who ruled from 221 BC to 204 BC

Kathleen Martínez has been leading since 2005 in the Taposiris Magna architectural complex a tireless search for the tomb of Cleopatrawho, according to history, committed suicide in AD 30 after her lover, the Roman general Mark AntonyShe bled to death in his arms.

Martinez previously told National Geographic that “Cleopatra negotiated with Octavian to enable him to bury Mark Antony in Egypt.”

“She wanted to be buried with him because she wanted to recreate the legend of Isis and Osiris” assured the archaeologist.

“The true meaning of the cult of Osiris is that it grants immortality. After his death, the gods would allow Cleopatra to live with Antony in another form of existence, so that they would have eternal life together,” he added.

The first pregnant mummy found in Egypt died of cancer

Liz Taylor, from child prodigy to winning three Oscars, breaking the record for husbands and having a single and stormy love

The beauty of the day: “Cleopatra tests poisons on prisoners”, by Alexandre Cabanel