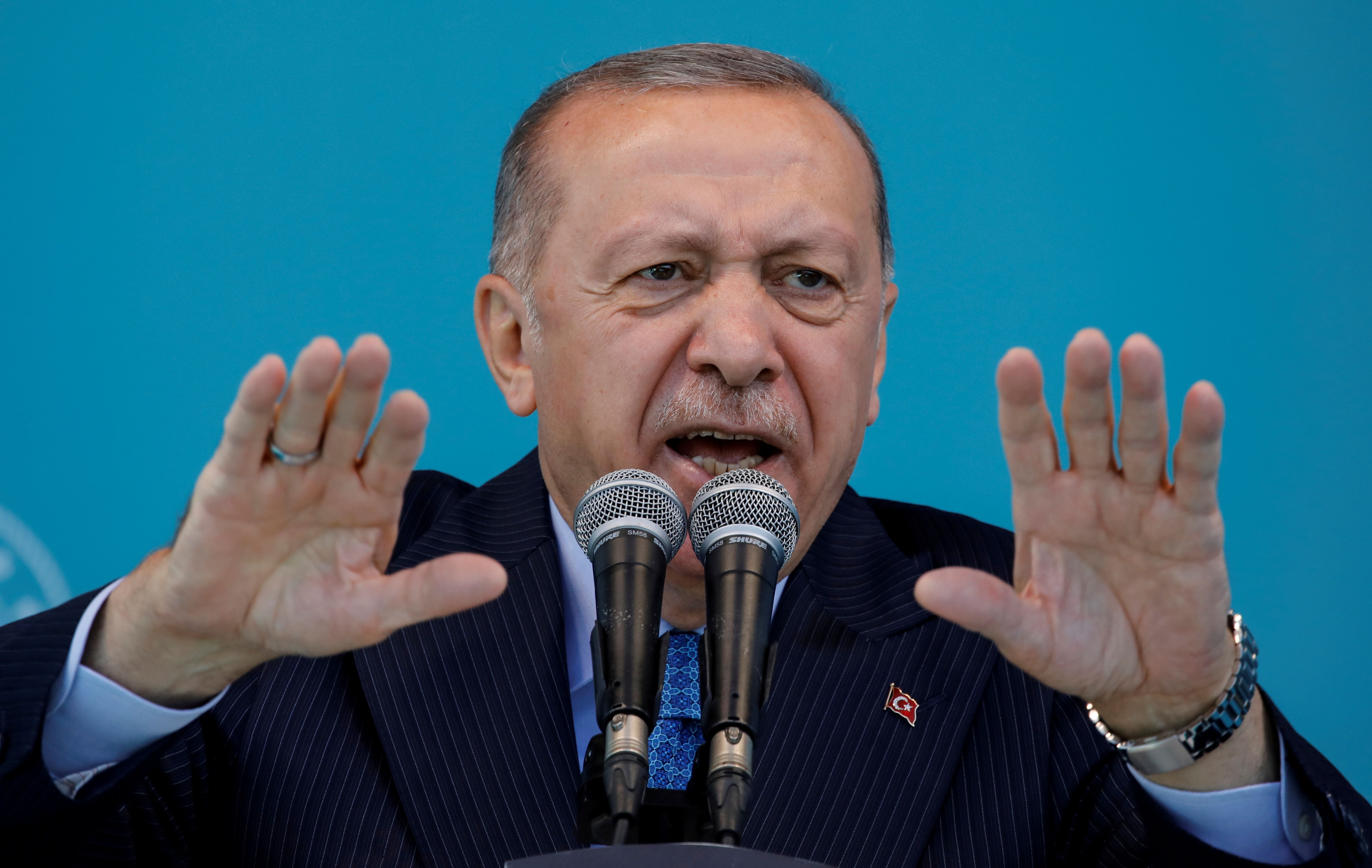 The Turkish Lira sank further on Thursday when the central bank cut interest rates for the third consecutive month after pressure from the president Recep Tayyip Erdogan.

The bank cut its rate from 16 to 15 percent despite rising inflation and a rapidly depreciating currency.

The lira, the worst performing emerging market currency in 2021, It sank to a record low of 10.98 against the dollar before the announcement.

It was subsequently traded at 10.84 lire against the dollar.

The bank’s decision was delayed for five minutes for an unspecified reason.

“Just a pretty ridiculous move”Timothy Ash, an economist at BlueBay Asset Management, said in an email to clients.

“Really dangerous for the lira and for Turkey”he commented.

Erdogan, a frank opponent of high interest rates to promote investment and economic growth, pressed Wednesday for rates to be cut.

“We will remove this problem of interest rates from the shoulders of the people. We will never let our people be weighed down by interest (rates) “, said.

In a speech to members of the ruling AKP party in parliament, Erdogan also justified his decision with a verse from the Koran that strictly prohibits interest.

“I cannot support those who defend the interests”, said.

Erdogan, which in the past has fired several central bank governors, is known for his unorthodox belief that high interest rates cause inflation rather than help control it.

Erdogan once called for interest rates “The mother and father of all evils.”

The lira has lost 31 percent of its value against the dollar since the beginning of the year and the rate of annual inflation has reached almost 20 percent, quadrupling the government’s goal.

The central bank has reduced its policy rate by 400 basis points to 15 percent from August.

This means that Turkey has a negative real interest rate, a policy that devalues ​​lira assets and offers an additional incentive for people to buy foreign currencies and gold.

Kilicdaroglu on Wednesday rated Erdogan the real “central bank governor” and accused him of dragging the country into catastrophe.

Jason Tuvey, a senior emerging markets economist at London-based Capital Economics, said that with this decision, policy makers had challenged investors who had “clearly” been pushing for the central bank to oppose Erdogan’s call for lower interest rates.

“The decision is a reminder that monetary policy in Turkey is dictated in the presidential palace and also that the CBRT (central bank) is now more tolerant of a weaker lira than in the past ”, he pointed out.

Turkey: Recep Erdogan will not finally expel the ten ambassadors who expressed their support for a jailed opponent