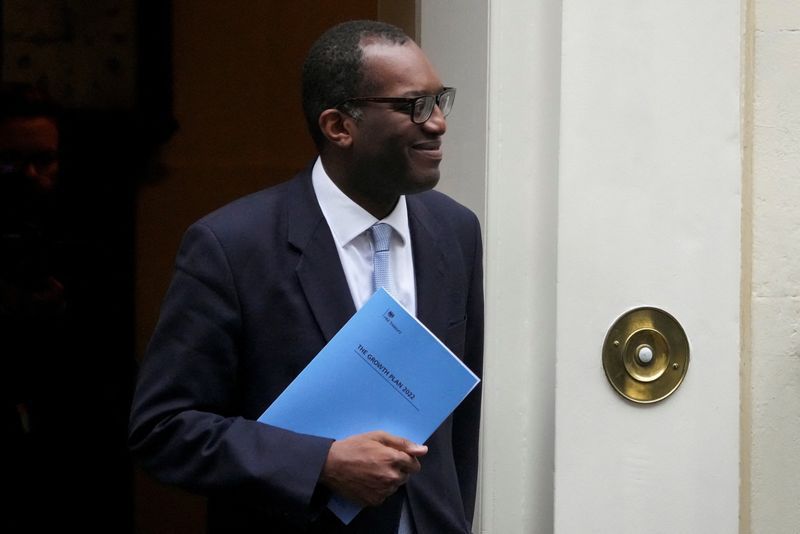 British Chancellor of the Exchequer, Kwasi Kwartengannounced this Friday that The Government will lower income tax from April 2023 and cut the tax on home purchases in England and Northern Irelandas part of a growth plan to stimulate the economy.

In a statement to the (lower) House of Commons, Kwarteng revealed that The basic rate of income tax will be lowered to 19% in April 2023a year earlier (than expected)”, which implies a “tax cut for more than 31 million people in just a few months” and “the highest rate of 45%” of that tax will be abolished.

“This will simplify the tax system and make the UK more competitive,” Kwarteng said, noting that the move “It will encourage growth and benefit the entire economy and the entire country”.

Likewise, the Executive plans to reduce the tax on the purchase of housing (the so-called “stamp duty”) in England and Northern Ireland, raising the price of housing to 250,000 pounds ($278,050) from which the tax is to be paid.

In addition, the new chancellor of the Exchequer revealed that The planned increase in corporate tax will be eliminated and the current limit on bonuses received by bankers will be eradicated.

Until now, according to the current rules agreed after the financial crisis within the framework of the European Union, the bonus received by a banker cannot exceed twice your annual salaryunless there is an agreement between shareholders.

“A strong British economy has always depended on a strong financial services sector. We need global banks to create jobs here, invest here, and pay taxes in London, not Paris, not Frankfurt, not New York,” he noted.

He also reiterated that the recent increase in the contribution to social security determined by the previous Minister of Economy, Rishi Sunak, will be reversed as of November 6.

The “new approach” to deal with the increase in the cost of living is based, as the Tory politician explained, on “three priorities: reform the supply side of the economy, maintain a responsible approach to public finances and cut taxes to boost growth”.

In his speech, Kwarteng admitted that the Government will adopt “difficult measures” in order to stimulate the country’s growth.

The UK pledged to maintain military aid to Ukraine in 2023