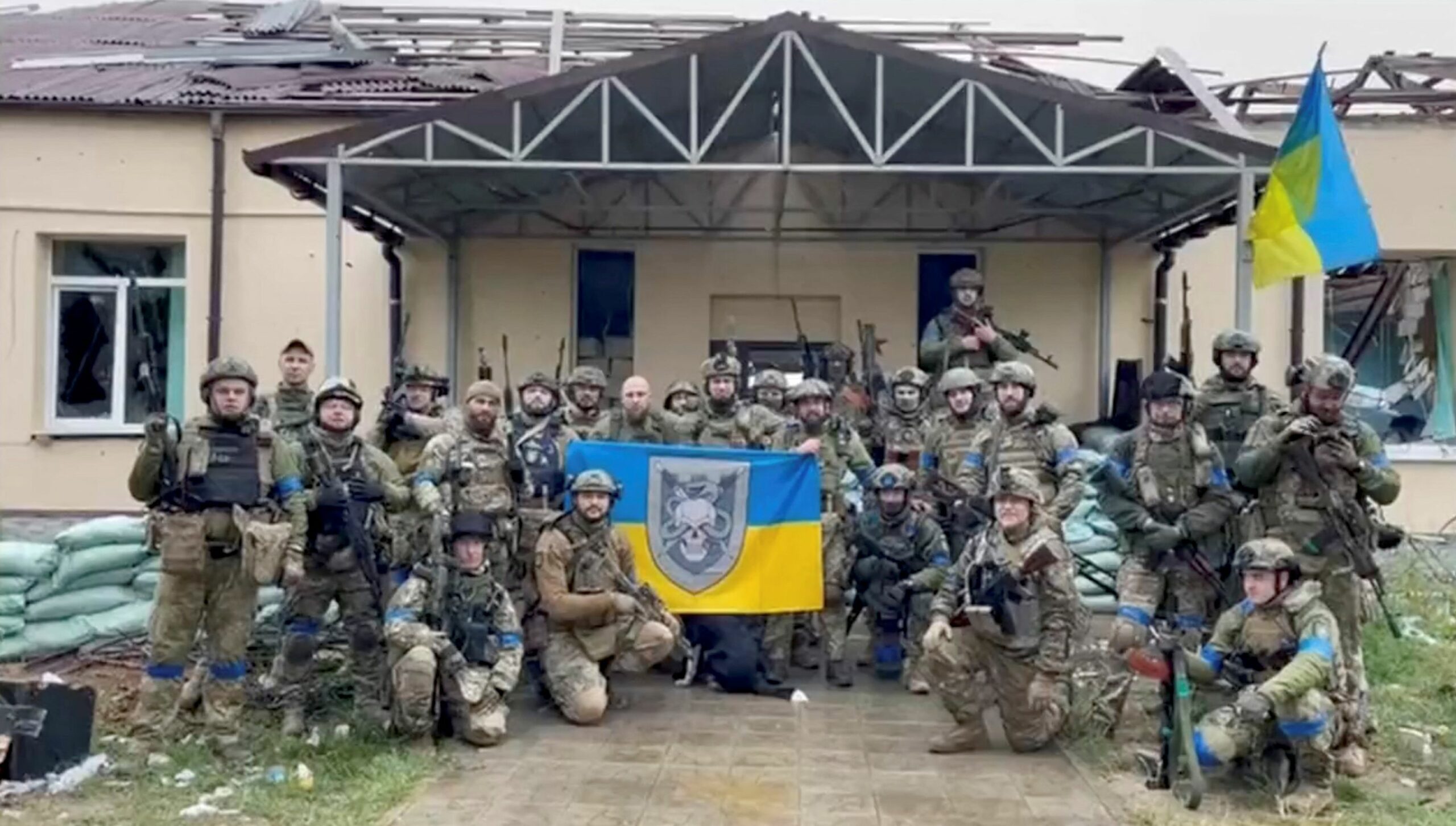 The Ukrainian army on Monday claimed the reconquest of 500 km2 of territory in the hands of Russian forces, in two weeks of counteroffensive in the Kherson region (south).

“Our successes in these last two weeks are quite convincing,” Natalia Gumeniuk, a military spokeswoman for the south, told reporters. “We have released about 500 km2”he added.

The spokeswoman pointed out that the towns of Vysokopillia, Biloguirka, Soukhy Stavok and Myrolioubivka were “completely under the Ukrainian flag”.

Ukraine claimed to have reconquered some 3,000 km2 from Russian handsmost of that territory during a lightning counteroffensive in the northeast of the country, in the Kharkov region, forcing enemy troops to withdraw.

In the south, the Ukrainian operation launched a little earlier seems to be moving more slowly.

Kirill Stremusov, deputy head of the Russian occupation in Kherson, told the Ria Novosti agency that the “situation is under Russian control.”

”An evolution as in Kharkiv It’s just impossible,” he said.

THE CHANGE OF COURSE In recent days, Ukrainian forces have taken control of key cities such as Izyum Y Kupyanskwhich forced the Russian troops to withdraw. kyiv have been making much more progress in their counterattack than many analysts predicted: this Monday announced the liberation of several villages, in addition to affirming that he had pushed the invaders to the border at Kharkiv.

The change of trend in the war was confirmed by other international observers who warned of bleak prospects for Russian troops. It was a stark contrast to the first days of fighting, when Russian forces reached the gates of kyiv.

“Faced with Ukrainian advances, Russia has probably ordered the withdrawal of its troops from the entire occupied province of Kharkiv west of the Oskil River,” the British Ministry of Defense said on Monday, which collected a breakthrough for kyiv. “Ukraine has recaptured territory the size of at least twice the size of the London region.”

The British report added that this would likely further undermine the confidence of Russian troops in their commanders.

Even around Kherson, Russia had trouble getting its troops to cross the Dnieper River to stop the Ukrainian offensive, the British statement said.

“The rapid Ukrainian successes have significant implications for the Russian operational strategy as a whole. Most forces in Ukraine are likely to be forced to prioritize emergency defensive actions.”added the report.

In an attempt to curb that momentum, Russia on Sunday launched missiles at power plants and other critical infrastructure, prompting immediate criticism from Ukraine and the United States for focusing on civilian targets.

The Kremlin shied away from responding to Ukraine’s counteroffensive, saying it will continue bombing until it reaches its goals.