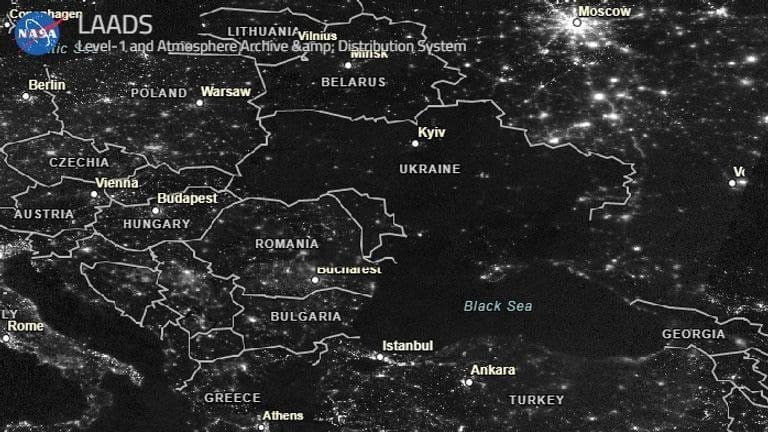 The public energy company of the Donetsk region of Ukraine, Donetsk Electric Networks (DTEK), announced that the power supply was restored after the russian attacks of the day on Wednesday, although he pointed out that there are still demand restrictions.

“The energy workers of the DTEK Donetsk power grids, together with all the rescue services, have appeased the consequences of the attacks on energy facilities that Russia inflicted on November 23. Now electricity supply has been restored in the region of Donetsk”, the company said in a statement.

Nevertheless, DTEK Donestsk has had to follow the instructions of the national energy operator ukrenergo applying emergency restrictions on the electricity supply in the Donetsk region, so some consumers find themselves temporarily without electricity.

For them, the power supply will be restored “after the stabilization of the situation in the electrical system”, according to the instructions of ukrenergoas well as after completion of repairs on the lines damaged by shelling.

“The situation in the energy system after another terrorist missile attack by Russia is extremely difficult. Energy workers are doing everything possible 24 hours a day to ensure that people get electricity as soon as possible,” the power company detailed, asking its customers to be “as responsible as possible” with their electricity consumption to help to the energy system.

The kyiv authorities reported this Wednesday that at least three people have died and six have been injured due to new bombardments carried out by Russian forces against various parts of the country, which has caused blackouts and cuts in the water supply. drinking in various areas.

These attacks have been condemned, among others, by the High Representative of the European Union for Foreign Policy, Josep Borrell, who has said on his Twitter profile that “depriving millions of electricity, tents and heating during the winter is cruel and inhumane”.

According to the Ukrainian authorities, 50 percent of the country’s energy infrastructure has been damaged by Russian airstrikeswhich forces them to adopt emergency measures to face the arrival of winter, which according to the mayor of kyiv may be the worst since the days of World War II.

One of the measures taken by the President of Ukraine to face this winter has been the creation of a network of 4,000 citizen assistance postswhich he called “invincibility points.”

“If massive Russian attacks occur again and the electricity supply cannot be restored in a few hours, the work of the ‘invincibility points’ will be activated: all the basic services will be there,” Zelensky explained last night in his usual late-night speech.

These points, absolutely free and open 24 hours a day, according to the president, will provide affected citizens with access to “electricity, mobile communications and internet, heating, water and a first aid kit.”