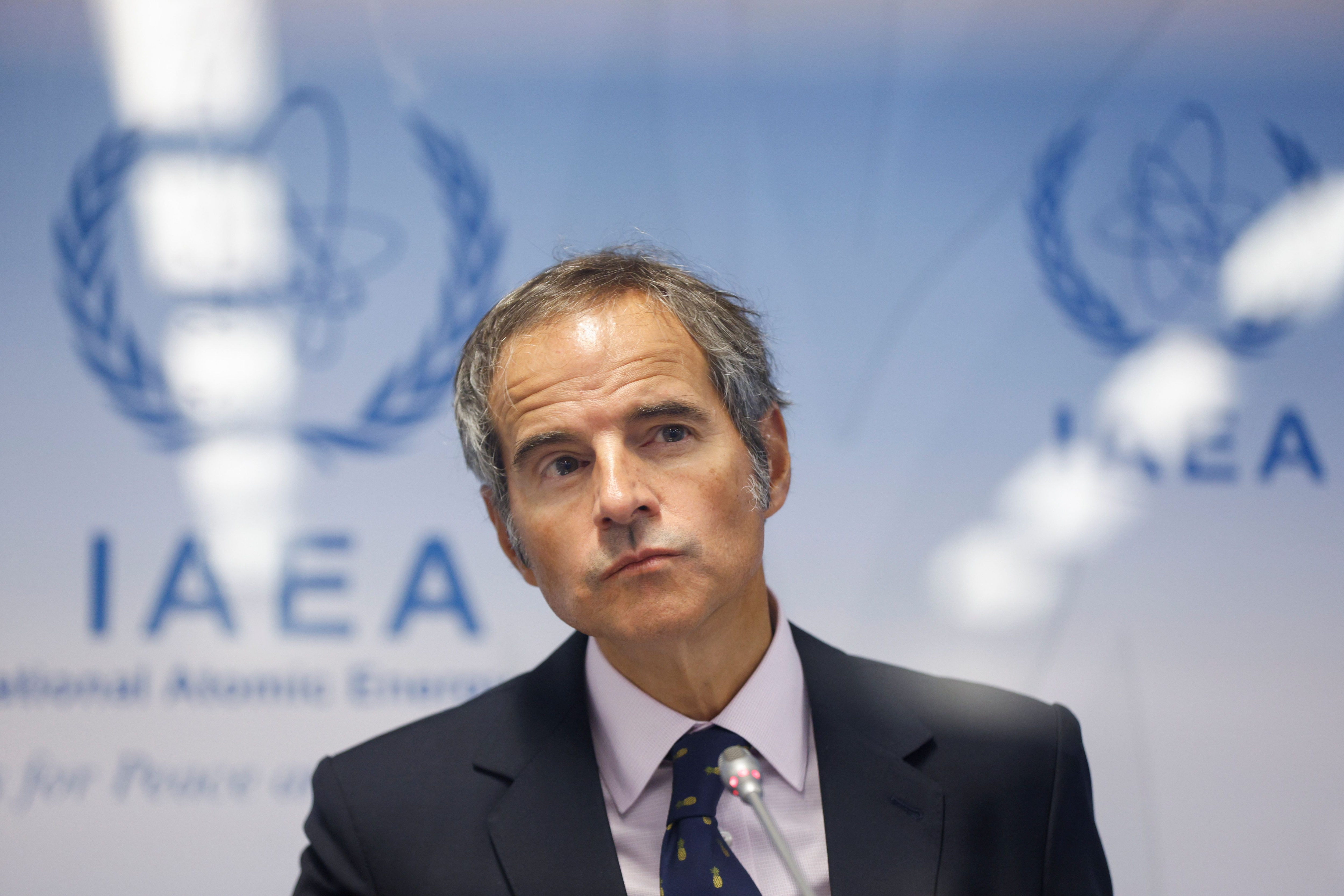 Rafael Grossi, Director General of the IAEA, the UN nuclear agency, regretted on Wednesday that his recent visit to Tehran it has failed to fully reactivate international inspections that monitor Iran’s failure to develop nuclear weapons.

“Despite my best efforts, extensive negotiations and deliberations to discuss pending safeguards (controls) issues, turned out to be unsuccessful,” Grossi lamented in his opening speech to the winter meeting of the IAEA Board of Governors.

The 35 member countries of the executive body of the International Atomic Energy Agency (IAEA) began a three-day meeting today, once again dominated by the conflict over Iran‘s nuclear program.

Grossi met on Tuesday in Tehran with those responsible for the Iranian atomic program, including the new Minister of Foreign Affairs, Hossein Abdollahian.

In a recent report, The IAEA highlights that Iran is increasingly producing uranium enriched to a purity much higher than that allowed in the 2015 agreement, which limits the nuclear program of that country to prevent it from being made with nuclear weapons.

Besides, andThe IAEA also criticizes that it continues to receive no answers about the nature of radioactive traces of artificial origin in at least three facilities that Iran had not declared as related to its nuclear program.

In the 2015 nuclear agreement, known as JCPOA (its acronym in English) Iran commits to a series of limitations on its atomic activities.

However, following the departure of the agreement by the United States in 2018, Iran began in 2019 to default on its obligationssuch as the production of enriched uranium or the significant reduction in access by IAEA inspectors.

Vienna plans to host this Monday the restart of negotiations to try to restore the JCPOA.

Negotiations were interrupted in June after the electoral victory of the now Iranian president, the ultraconservative Ebrahim raisi, who demands that the US lift all sanctions against their country.

In order not to jeopardize the new talks, which will involve Russia, China, France, the United Kingdom and Germany, as well as the United States indirectly, the IAEA Board does not plan to pass any resolution criticizing or condemning Iran.