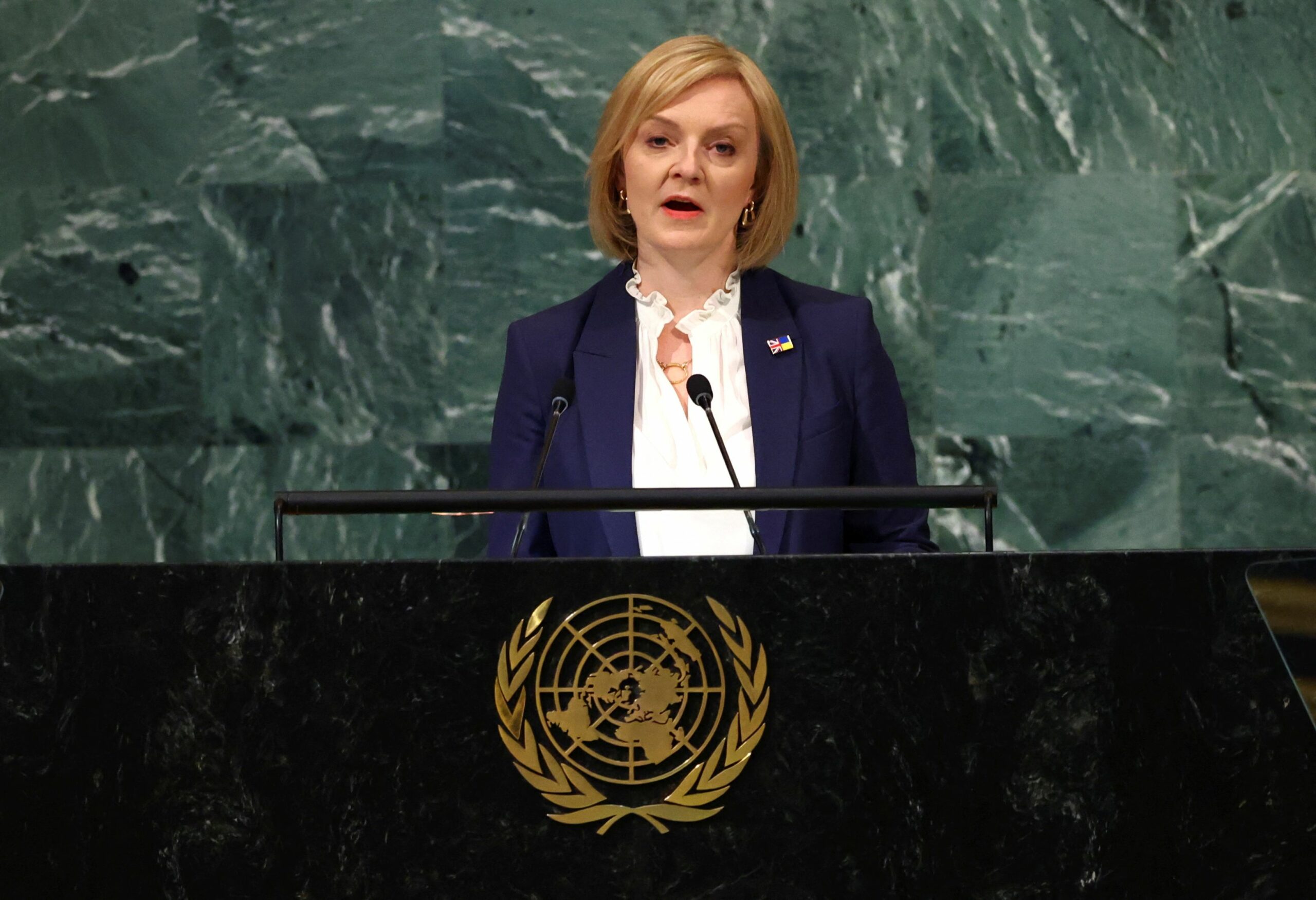 The Prime Minister of United Kingdom, Liz Trusspromised this Wednesday before the 77th UN General Assembly to increase military support to Ukraineas long as it takes, until he achieves his victory against Russia.

“At this crucial moment, I am committed to maintaining and increasing our military support to Ukraine, regardless of how long it takes us to do so. We will not rest until Ukraine triumphs. It is a decisive moment in our history and in the history of freedom,” he warned. Truss.

Truss condemned Putin’s call to mobilize 300,000 reservists to fight the invasion of Ukraine and assured that “Vladimir Putin tries to justify his catastrophic failure. He speaks of democracy when in his regime there are no human rights or freedom”.

This very night in the Ukraine weapons are being used to murder the people. Rape as an instrument of war. Ukraine is solid, Putin’s maneuvers will not work. Ukrainians are defending their country, that’s why we have to act,” added Truss.

“We are cutting off the toxic power of authoritarian regimes. We cannot be blackmailed by irresponsible actions of illegal actors abroad. We will not depend on those who want to use the world economy as a weapon. The free world needs to strengthen the economy to fight authoritarian competition,” he noted.

During the 77th UN General Assembly Truss was grateful for the actions taken by NATO against Russia for its invasion of Ukraine and thanked the “determined international response” in favor of kyiv.

In his final message, Truss assured that the goal of the United Kingdom in the long term is that its GDP grows 2.5% in defense by 2030, a figure considerably higher than the commitment of two percent of defense spending by NATO members.

The UK is the second largest military donor to Ukraine, and has trained 27,000 members of the Ukrainian armed forces since 2015while in the last year it has provided air defense systems, armored vehicles and non-lethal military equipment.

“Ukraine’s victories in recent weeks have been inspiring. Time and time again, these brave people have defied doubters and shown what they can do when given the military, economic and political support they need.”

“My message to the people of Ukraine is this: the UK will continue to support you every step of the way. Your safety is our safety”, he added.

On the energy situation, Truss stresses that Putin “has sent millions of people in Europe into a colder and more difficult winter” adding that many lives “are being manipulated by dependence on Russian energy. We need to work together to end this once and for all.”