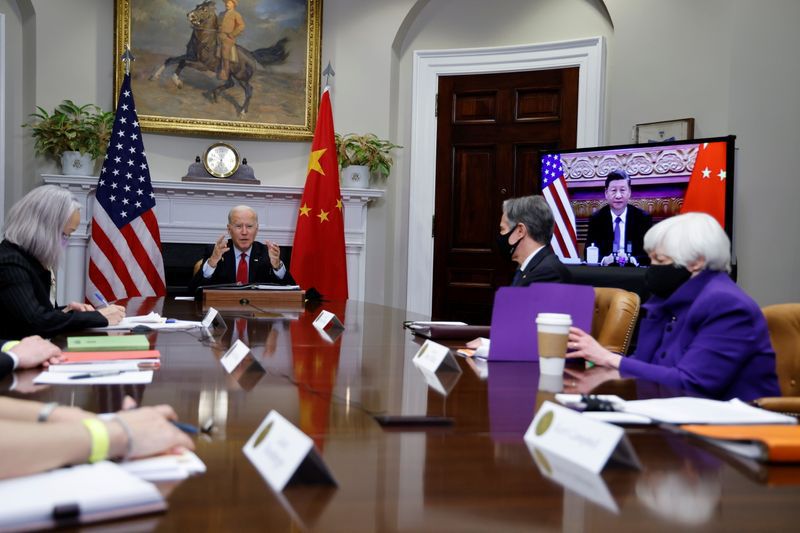 “The two leaders agreed that we would seek to promote talks on strategic stabilitySullivan noted, using a term common in diplomatic circles to describe gun control.

Biden’s adviser responded like this during a conference Tuesday at the Brookings Center for Studies to a question about China‘s potential to significantly expand its nuclear arsenal and over Beijing’s recent launch of a hypersonic missile, with the ability to surround the earth.

Sullivan, who was present at the virtual meeting that took place on Monday (Tuesday in Beijing), assured that Biden raised to Xi the “need” to hold talks about such Chinese arms advances, which he described as “momentous issues of profound importance to US national security.”

Biden indicated that those conversations should be “led by leaders and led by high-level teams,” who have decision-making power and are experts in “security, technology and diplomacySullivan explained.

“Now it is up to us (Biden and Xi’s advisers) to think about the most productive way to do this.”He added.

The adviser acknowledged that this possible dialogue will probably not be as “mature” as the one that the United States has shared for years with Russia, the other great nuclear power, because the talks with Moscow are more “rooted”.

The United States is locked in an arms race with China and Russia in the field of hypersonic weapons, which due to their speed are more difficult to detect by missile defense systems.

By the end of october, the Pentagon confirmed that it is looking for hypersonic technology to counter China’s advances in this area, and assured that at the same time he wants to improve his “defensive capabilities.”

Washington has acknowledged its concern about China’s military advances, which, according to the Pentagon, are coupled with a foreign and defense policy that “It intimidates and exerts coercion on its neighboring nations.”

The virtual meeting between Biden and Xi lasted more than three hours and was “respectful and direct”, according to the White House, but neither of them gave their arm to twist on the red lines of their respective countries, particularly in regard to Taiwan, an island on which China claims its sovereignty.