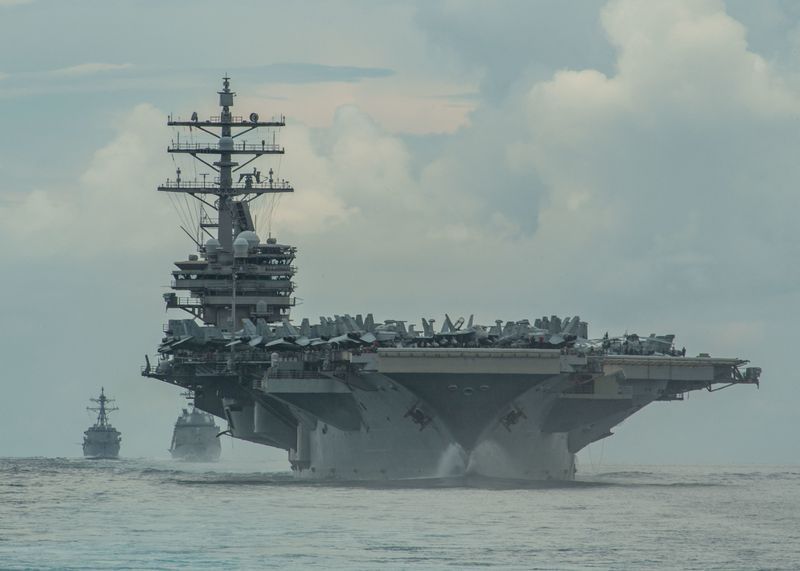 The United States and Japan are expanding their joint military operations in the face of the tensions generated in recent months in the region, with the intention of integrating the command structure in the face of a possible conflict with China.

James Bierman, commander of the US Marine Corps in Japan, has explained that the allies in Asia are emulating a job that allows them to support them in supposed scenarios of a Chinese invasion of Taiwanaccording to an interview with the newspaper ‘Financial Times’.

The general, who has specified that the two armies “have seen exponential increases” in their operations in the territory, has compared the tensions between Taiwan and China with the situation in Ukraine with Russia.

“Why have we achieved the level of success that we have achieved in Ukraine? A big part of that was because after the Russian aggression in 2014 and 2015, we seriously prepared for future conflicts: training for the Ukrainians, pre-positioning supplies, identifying sites from which we could operate, support, sustain operations.” , has recounted.

“We call that theatrical setting. And we are setting the theater in Japan, in the Philippines, in other places”, added Bierman.

Both Tokyo and Manila are intensifying defense cooperation with Washington, citing growing tension with the Chinese Armed Forces, which have increased military maneuvers near Taiwan.

In fact, the Japanese authorities –the prime minister, Fumio Kishida, and the foreign and defense ministers– are meeting this week with senior US officials to strengthen the bilateral alliancecoinciding with the change in Japanese policy that has proposed increasing defense spending.

The new line of defense spending proposed by Kishida for 2023 increases by a 26.4 percent compared to last year and represents the first step to break the historical ceiling of allocation of 1 percent of GDP to the military sector, with the intention of raising it to 2 percent in 2027, in line with NATO expectations, despite the fact that the country’s fiscal health is the worst among the major industrialized economies, with public debt more than twice GDP.

The Taiwan Ministry of Defense denounced this Monday that he detected more than fifty combat aircraft and four Chinese Army ships near the island, while at least 28 of them reportedly entered the Taiwanese air defense identification zone.

Following these exercises, the first of this caliber recorded this year, the Army of Taiwan sent planes, Navy ships and ground-based missile systems “to respond to these activities,” says the ministerial portfolio.

These movements have occurred after the Chinese authorities denounced the arrival on Monday of a group of German politicians to the island, a trip in which they will meet with the president, Tsai Ing Wen, and other senior government officials.

The Chinese military aircraft raids to taiwan air defense zone almost doubled in 2022with an uptick in the use of bombers and fighters as Beijing intensifies its threats against the island.

(with information from EP)