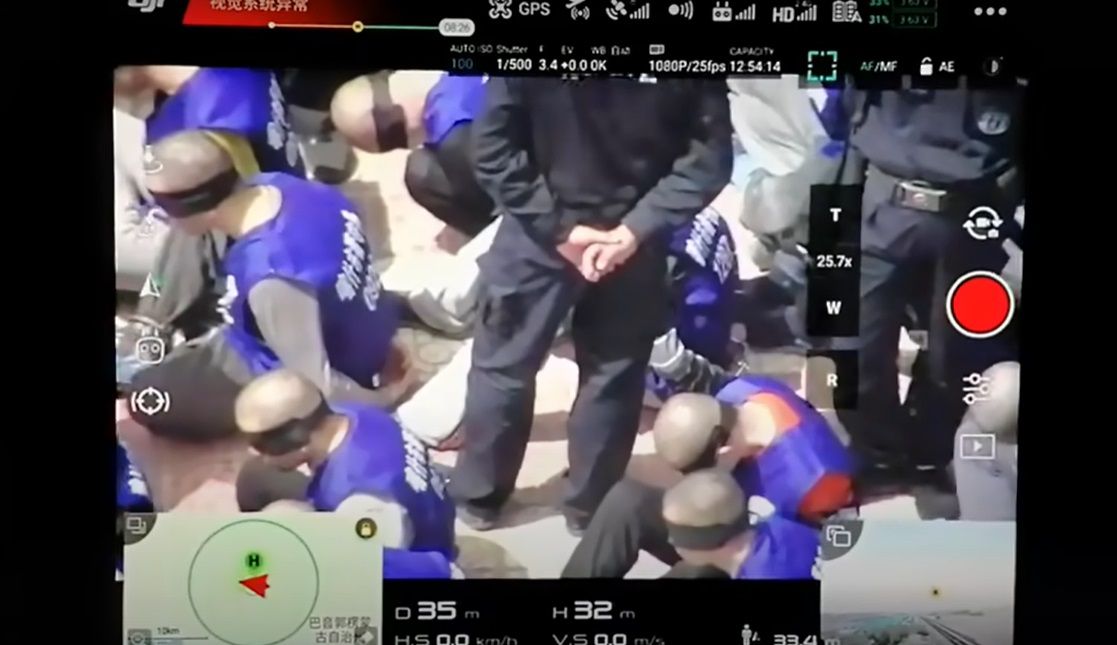 The Joe Biden government announced this Thursday New Sanctions on Several Chinese Biotech and Surveillance Companies and Government Entities for Their Actions in Xinjiang Province, the latest measure against the Xi Jinping regime for the human rights abuses of Uighur Muslims in the western region of the country.

The Commerce Department blacklisted to the Chinese Academy of Military Medical Sciences and its 11 research institutes that focus on the use of biotechnology to support the Chinese military.

The measure will prohibit North American companies from selling components to these entities without a license.“The scientific pursuit of biotechnology and medical innovation can save lives. Unfortunately, the People’s Republic of China is choosing to use these technologies to pursue control of its people and the repression of members of minority ethnic and religious groups. “, said the Secretary of Commerce, Gina raimondo, it’s a statement.

“We cannot allow American commodities, technologies and software that support medical science and biotechnical innovation to are diverted to uses contrary to the national security of the United States”He added.

The Treasury Department is also preparing to impose sanctions on several Chinese entities, according to the agency. Reuters a senior official in the Biden administration who spoke on condition of anonymity, referring to measures to be announced soon.

The official, explaining the actions of the Commerce and Treasury departments, stated that US intelligence concluded that the Chinese regime created a high-tech surveillance system throughout Xinjiang that uses biometric facial recognition and has collected DNA samples from all residents, ages 12 to 65, as part of a systematic effort to crack down on Uighurs.

The spokesman for the Ministry of Foreign Affairs of China, Zhao Lijian, responded Wednesday to reports that the United States was announcing new sanctions and accused the Biden administration of “continually intensifying the irrational suppression of Chinese companies.”

The Commerce Department, in a rule detailing its decision, reported that a review by multiple federal agencies had determined that Chinese academia and research institutes “They use biotechnology processes to support Chinese military uses and end users, to include purported brain-control weaponry.”

The Treasury Department also announced last week a ban on investment in the United States in the Chinese facial recognition company SenseTime out of concern that technology would be used to oppress the Uighurs.

The White House announced last week that would conduct a diplomatic boycott of the upcoming Winter Olympics in Beijing, citing “egregious human rights abuses and atrocities by China in Xinjiang.” American athletes will compete, but Biden will not send the usual contingent of diplomats.

The administration also said this week that supported bipartisan legislation that bans imports into the United States from Xinjiang, unless the companies can show that the products were not produced through forced labor.

China has denied any abuse and says the measures it has taken are necessary to combat the terrorism and the separatist movement.

UN experts and human rights groups estimate that more than a million people, mostly Uighurs and members of other Muslim minorities, have been detained in recent years in a vast system of camps in the Xinjiang region, in the extreme west of China.

The Chinese regime, for its part, describes these sites as vocational training centers and ensures that their objective is reduce the risk of Islamic radicalism spreading, following a series of deadly attacks.

(With information from AP, Reuters and AFP)