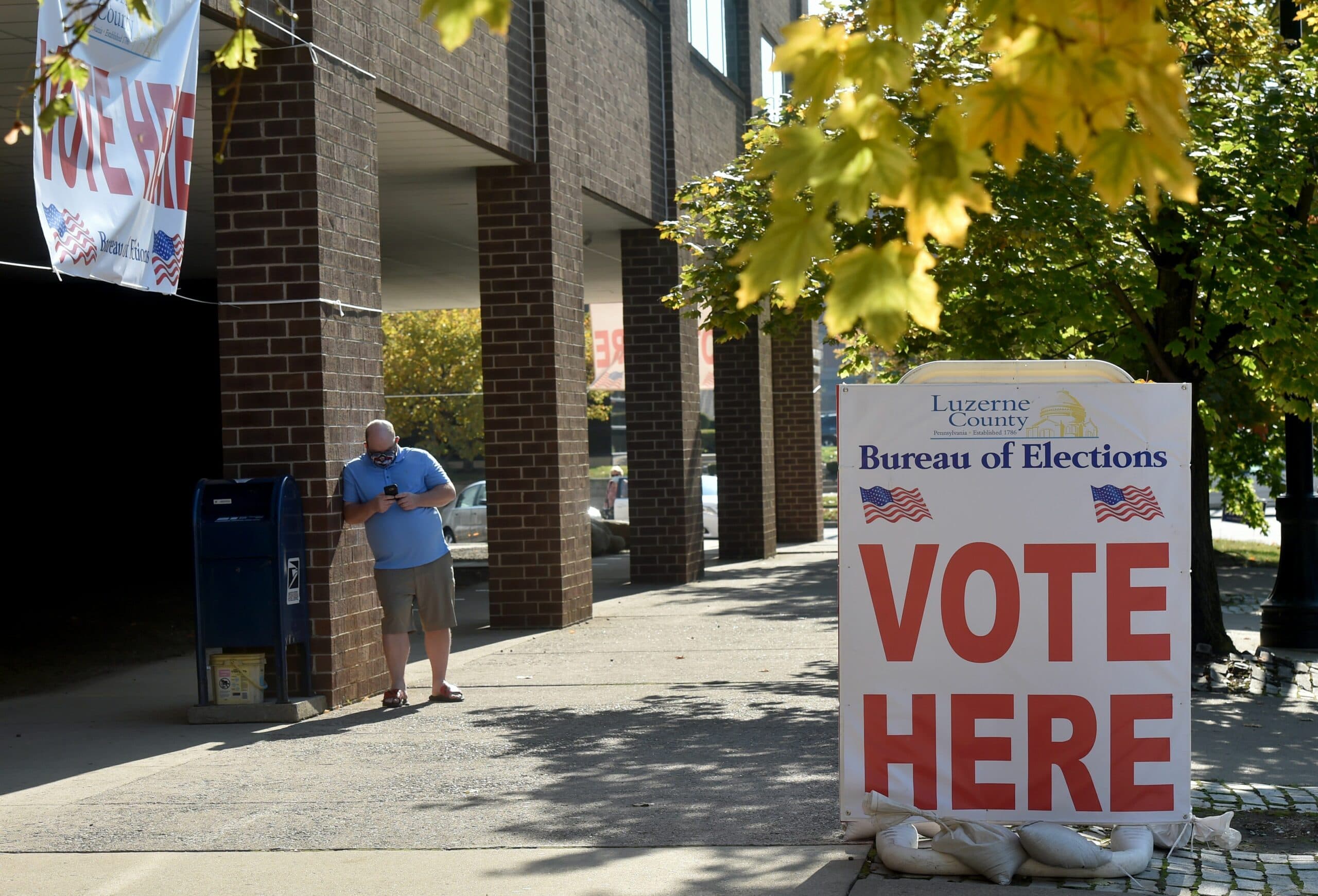 the americans they vote this Tuesday in a midterm elections that will define not only the 435 members of the House of Representatives, a third of the Senate and 36 governors, but also the political future of the country.

According to tradition of national elections in the United States, The electoral colleges They will open at six or seven in the morning (local time) depending on the state, on the Tuesday after the first Monday of November.

In total, the entire House of Representatives, a third of the Senate and a series of governorships and local positions are at stake. They are also celebrated referendums on the right to abortion in four states: California, Vermont, Kentucky Y Michigan.

The contest also serves for an advance measurement of forces between the president, Joe Bidenand the former president, donald trumpwho in the last hours of the campaign hinted at a possible candidacy for the 2024 presidential elections.

The Democratic president called on the country to “defend democracy” shortly before his Republican predecessor promised a “big announcement” next week, heralding a new run for the White House.

After a tough campaign focused on inflation, Republicans are confident they can strip Joe Biden of his majorities in the Congress this November 8.

“If you want to end the destruction of our country and save the American dream, you must vote Republican tomorrow,” former President Donald Trump, omnipresent in this campaign, said during a rally Monday night in Ohioone of the country’s industrial strongholds.

Surrounded by a tide of red caps, the 76-year-old millionaire announced that he would “a big announcement on Tuesday, November 15 at Mar-a-Lago”his residence in Florida, aware that a victory for his lieutenants at the polls this Tuesday could offer him the ideal springboard for a candidacy in the 2024 presidential elections.

Held two years after the presidential elections, these elections become a de facto referendum on the tenant of the White House.

The president’s party is rarely spared the punishment vote. Until the end, Joe Biden’s Democrats tried to attract the vote from the left and center by saying that the Republican opposition is a threat to democracy and social achievements, such as abortion rights.

“Our democracy is in danger”the 79-year-old president declared during a final rally Monday night in Maryland, outside Washington.

But the rise in prices – 8.2% on average – remains by far the main concern of Americans and Joe Biden’s efforts to pose as “president of the middle class” do not seem to have borne fruit.

According to the most recent polls, the Republican opposition has a chance of winning at least 10 to 25 seats in the lower housemore than enough to have a majority.

There is less clarity about the fate of the Senate, but the Republicans could get it too.

Losing control of both houses of Congress would have serious consequences for the Democratic president, who has so far said that “intends” to perform again in 2024which would be a duel like the one in 2020.

Monday night the president claimed to be “optimistic” on the result of the vote, although he acknowledged that maintaining control of the House will be “difficult.”

As a sign of Americans’ interest in these elections, more than 43 million of them had already voted on Monday nightby early vote or by mail.

The results of some of the closest duels could take days to announce.

Specifically, the midterm elections are played in a handful of key states, the same as in the 2020 presidential elections.

All the lights are on Pennsylvaniaformer stronghold of the steel industry, where the millionaire republican surgeon Mehmed Ozbacked by Donald Trump, is running against the former Democratic mayor of a small town, John Fettermanfor the most disputed seat in the Senate.

Because the balance of power in the upper house, with immense power, very possibly depends on this seat.

As in 2020, Georgia also commands attention. the democrat Raphael Warnockthe first black senator elected in this southern state with a strong segregationist past, is seeking re-election against Herschel-Walkera former African-American athlete, endorsed by the former president.

Arizona, Ohio, Snowfall, Wisconsin Y North Carolina They are also the scene of fights between the Democrats and Donald Trump’s candidates, who swear absolute loyalty to the former occupant of the White House.

Some duels at the blow of hundreds of millions of dollars that made these mid-term elections the most expensive in the history of the United States.