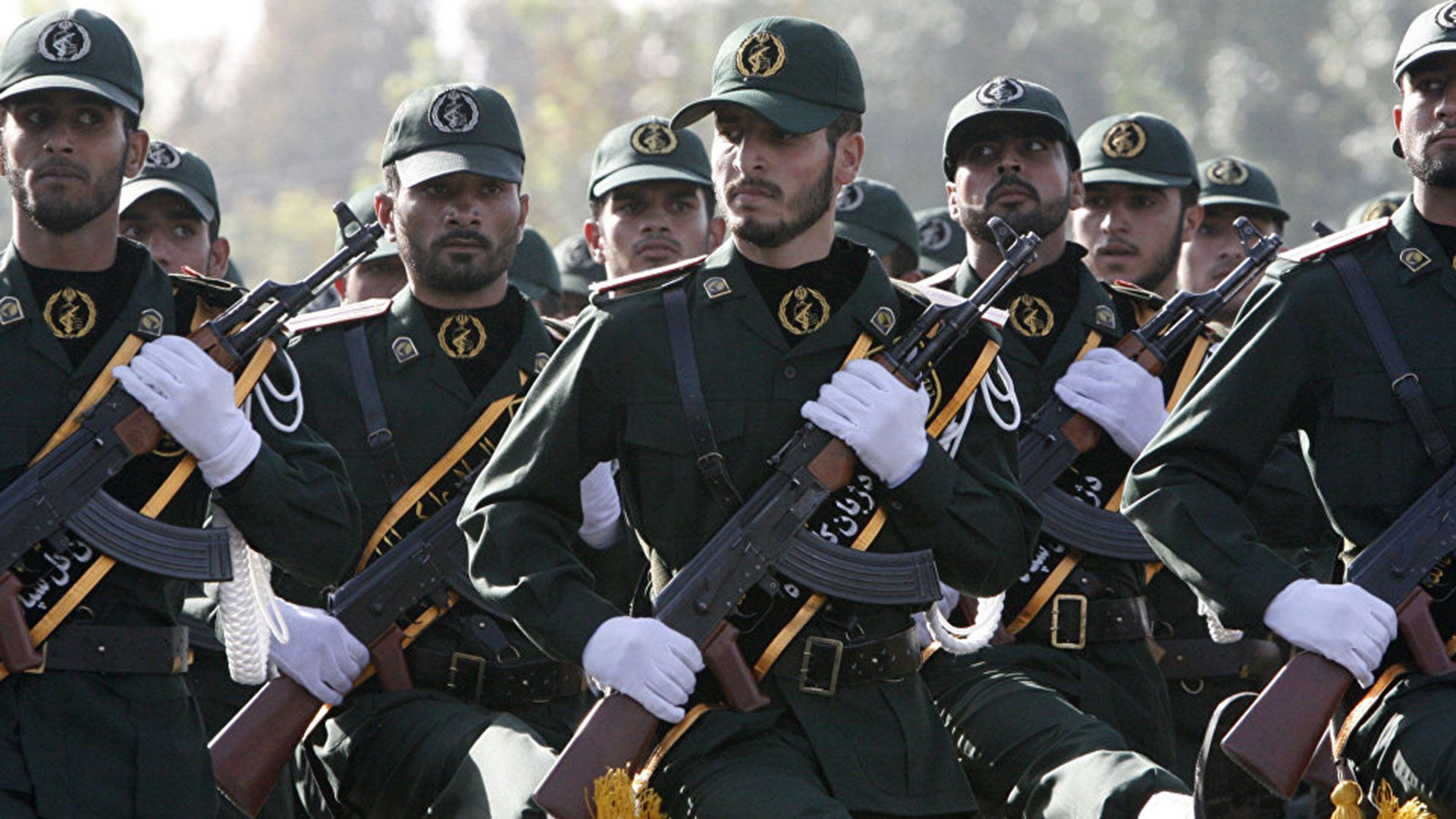 The current course and extension over time of Russia’s war in Ukraine has generated various implications and consequences in humanitarian, economic, political aspects, also in terms of security and new strategic alliances. The case of greatest importance and concern outside the Ukrainian military field is the agreement recently signed between China and Iran on the security and protection of Tehran’s oil pipelines.

According to European and US authorities, the assistance agreement violates the sanctions imposed on the Persian regime. This situation acquires centrality for the Biden administration and constitutes high importance in the face of the renewed popular mobilizations that -once again- take place in Iran and are acquiring the entity of a great national protest. that has exploded throughout the territory of Iran and that threatens the rigid control of power carried out by the hard-line Khomeinist regime.

The response of the Iranian government led by Supreme Leader Ali Khamenei has focused its efforts of the last three weeks on suppressing the massive protests as it has always done, through tear gas, brutal beatings and arbitrary arrests by its security forces. However, it has not been successful in quelling popular claims and the regime is unsuccessful in containing the mobilizations in most cities of Iran. This is where information emerges that has drawn the attention of Western governments since in the midst of the protests, Tehran is making progress in talks with Beijing to strengthen and boost its security agencies and sectors; this includes the internal secret service corps and the military areas of the Islamic Revolutionary Guards (IRGC).

Specifically, Iranian regime officials and their Chinese counterparts have strengthened their relationship during meetings held this week.. According to Western intelligence agencies, the talks are focused on greater cooperation in the fields of security and the activity of their police forces. The news was even reported by the state media of the Iranian regime.

This relationship has generated discomfort in Brussels and led to a special session in the US Congress last Tuesday where Republican senators promoted a bill to block and dismantle the advances of that alliance between Tehran and Beijingwhich, according to the Republican bloc, also includes a broad program of economic assistance from China.

The Republican bloc, led by Marsha Blackburn, aims to neutralize a new Nuclear Agreement by the Biden administration with Iran and seeks to enact legislation that, first of all, orders Iran to cut its ties with China to prevent it from obtaining advantage and relief. about the sanctions that a Tehran-Beijing agreement would give to the Khomeinists. The evidence that Washington says it has is that China and Iran are carrying out a plan to violate sanctions imposed on Tehran since President Joe Biden took office and have denounced that these operations have violated the sanctions with Chinese help generating USD 32 billion. in illicit oil sales in favor of Tehran.

The most important operator in these illegal movements is the Tiandy company, a corporation that is among the three main cable television companies in China, Tiandy is the largest electronic surveillance corporation in China and has a direct presence in Iran. in oil transportation businesses that China has been buying in clear violation of the sanctions that weigh on the Iranian regime, but also has signed last Monday a five-year agreement in association with an Iranian distributor to provide state-of-the-art video surveillance equipment to the Islamic Revolutionary Guard (sanctioned by the US government as a transnational terrorist organization).

Chinese technological equipment will be available in Iran from next Monday. This commercial alliance is clearly illegal in the framework of the sanctions on TehranHence, US senators are demanding direct action from the Biden administration, considering that these electronic equipment will be used for the repression of the Iranian people, but also to provide surveillance coverage for Iranian nuclear power plants and US troops in the region.

Intelligence reports from Washington confirm that the Chinese company has direct business relationships with the Islamic Revolutionary Guards, Iran’s paramilitary and combat force that conducts security operations and repression within the country.. According to reports from exile groups, anti-regime forces seized control of some 4,000 security cameras across Tehran, those cameras used by law enforcement to monitor and suppress protesters. On the other hand, the popular anti-regime forces also claim that in the framework of the mobilizations they seized and hacked more than 100 websites of Iranian municipalities and used them to spread messages that oppose the policies of Supreme Leader Ali Khamenei. In this scenario, Tehran residents also received thousands of SMS messages with proclamations such as “death to Khamenei and Ebrahim Raisi (current president).

The director of the Iranian-American NGO for Freedom in the Republic of Iran, Bryan Leib, which heads the democratic civilian group that supports Iranian protesters, said Monday that it should come as no surprise that Iran and China seek to foster illicit ties and partnerships in Iran. the current mess of US foreign policy spearheaded by President Joe Biden. Leib also said that Biden’s negligence allowed a new axis of power to be formed in the world, where Russia, China and Iran have taken advantage of the weakness and apathy of the Democratic administration.

Leib’s statements seem to be correct considering the failure of the work – without a concrete plan – of Washington’s special envoy to Iran, Robert Malley, who has not been successful in trying to revive the failed Iran Agreement signed by the former president. Barack Obama, so we are witnessing a dangerous alliance of states that move outside the law and against the values ​​of freedom promoted by the free world, the proof of this is what is happening in Ukraine, added Leib.

The bill that Republican senators introduced is called the Iran-China Responsibility Act, and it seeks to prevent any new nuclear deal with Iran until Tehran breaks ties with Beijing.. The bill is backed by Republican Senators Ted Cruz Marco Rubio and Rick Scott, among others, and calls for federal funds allocated to implement a new Iran Nuclear Agreement to be frozen until Tehran “rescinds all agreements involving the transfer of funds from China and end strategic, military and security partnerships with Beijing. The group of senators maintains that the United States must not decline its leadership and that must begin by avoiding another failed nuclear agreement with Iran. They also accuse President Biden of doing the opposite by encouraging the Iranian regime to develop nuclear weapons, while the Iranians make economic and diplomatic deals with China.

The truth is that Biden’s talks with Tehran have failed and show the world that the Iranian regime was never interested in stopping its nuclear weapons program. On the other hand, the Chinese technology that he intends to acquire would facilitate espionage on US military bases in Iraq through the Chinese satellites that Tehran will be receiving from Beijing starting next week.

The background in terms of Iranian-made satellites such as Noor-2 is very negative for Washington, these systems have obtained images of US bases in the past and the regime’s official television published last Wednesday several images of a US Navy facility US in Bahrain, the images were ratified by official statements from senior Iranian military officials who released photos as proof that Tehran knows every move of US forces in Iraq, Bahrain and other bases in the region.

It must be remembered that the Noor-2 satellite was put into orbit by the aerospace division of the Islamic Revolutionary Guard Corps, that the para-military organization is leading the talks with China to acquire the new technological systems, but it is also the force responsible for plan and coordinate regional Islamist groups to execute terrorist attacks on US outposts in the region, as has been happening in Iraq for the past two years.

According to information released by Iran’s minister of communications and information technology, the images displayed by the IRGC are intended to warn Washington not to carry out operations against Iran and its nuclear program amid ongoing talks with the administration. Biden to revive the 2015 Nuclear Agreement. However, US military intelligence believes that the launch of Iran’s satellite program with the help of China is a cover for its real plan, which is the construction of advanced and long-lasting ballistic missiles. reach that would have Chinese technological support and that would be capable of transporting a nuclear warhead over great distances, for which the acquisition of satellites and Chinese technology systems increases the danger to the US forces stationed in the region and the Republican senators are convinced that will give battle even if it neutralizes and subtracts any chance of advance on the new one nuclear deal that President Biden wants to quickly sign with the Iranian regime.

An Israeli government source told Infobae on condition of anonymity that China has not responded to Washington’s inquiries on the subject, which for Tel Aviv amplifies the suspicion that Tehran’s efforts with Beijing are not only true but are sufficiently advanced to to deepen the conflicts in the region before which Israel can and must activate contingency actions in matters of national security.