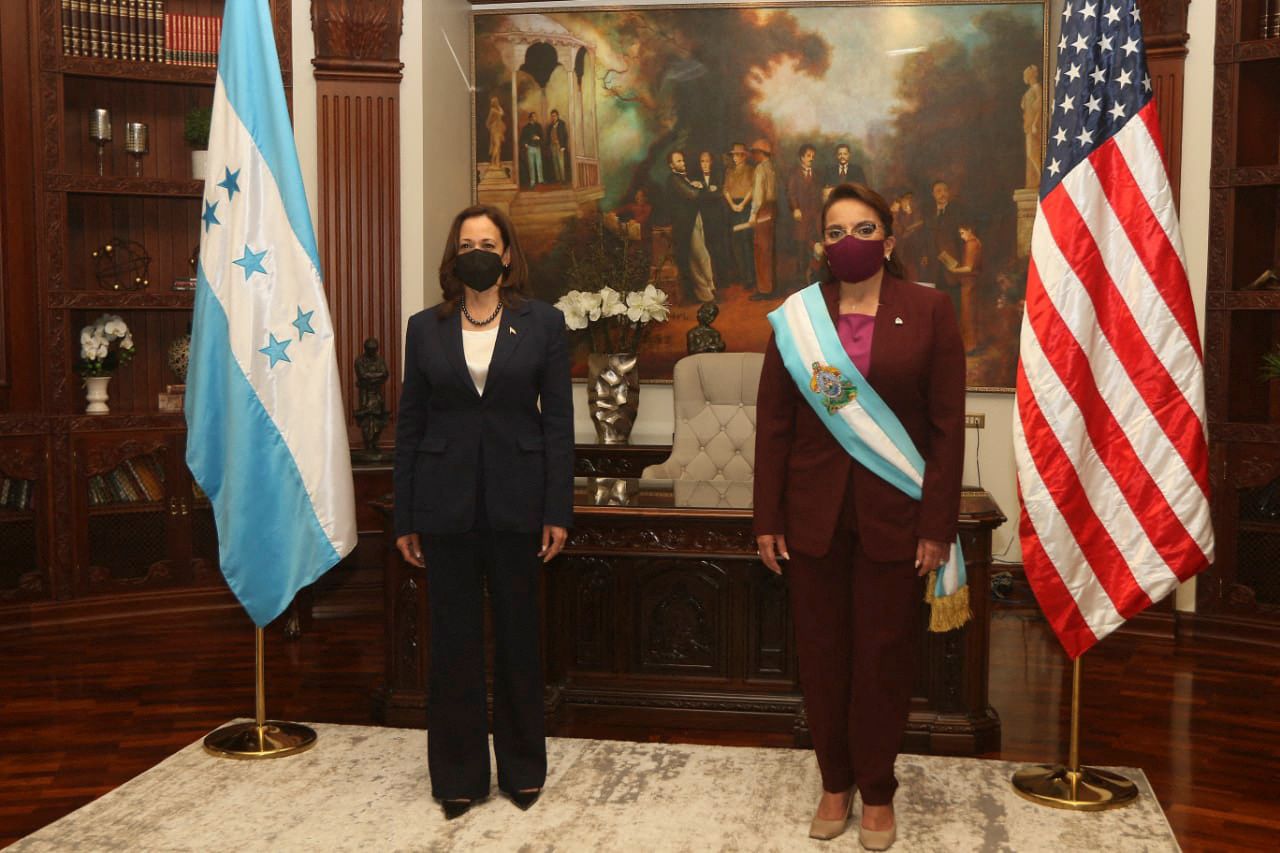 The United States urged Honduran politicians this Saturday to resolve the open crisis in Parliament through dialoguein which two parallel directives were elected before the new president of the country, Xiomara Castro, took office last Thursday.

Washington‘s request was made by the Assistant Secretary of State for Western Hemisphere Affairs, Brian A. Nichols, who advocated that the parties involved in the crisis that Hondurans are experiencing because of what is happening in the legislative branch, resolved peacefully and without intimidation.

“The United States urges Honduran political figures to address a peaceful and constitutional dialogue to resolve the leadership of the Honduran Congress. All parties must participate peacefully and refrain from acts of intimidation,” Nichols said on Twitter.

The United States expressed its support for Castro through participation in the vice president’s inauguration ceremony Kamala Harris, who has recognized that his arrival at the presidency represents a “positive change” for the Central American country.

Both have discussed “a wide range of topics”, including “fundamental” aspects such as immigration, the fight against corruption and the economic situationaccording to the White House in a statement.

From the January 25 the Parliament of Honduras has two boards of directors, one headed by Luis Redondowho enjoys the backing of the country’s president, although she is not from the same party, and another who chairs Jorge Cálix, deputy of the now ruling Libertad y Refundación Party (Libre, left), under whose banner Xiomara Castro overwhelmingly won the elections last November.

Redondo, of the Salvador Party of Honduras (PSH), whose president is Salvador Nasralla, one of the three new vice presidents of the Central American country, he does not have the support of at least 17 deputies of the 50 that Libre obtained in the general elections.

Luis Redondo was proposed as a candidate for to preside over Parliament for Salvador Nasralla, as part of a de facto alliance that, last October, the PSH signed with Xiomara Castro and Librea party whose general coordinator is former president Manuel Zelaya, husband of the new president of Honduras.

About twenty deputies from Libre disagreed with the agreement in principle, who, with the vote of 44 from the outgoing and conservative National Party, and from other minorities, elected Jorge Cálix in a session in Parliament, which led to a violent reaction from the thirty Libre deputies who support Redondo.

President Castro, four days before assuming power, described “traitors” to the dissidents of his party and announced that they had been expelled from the Libre party.

One day before his investiture, Castro met with Jorge Cálix and offered him a high position in his administration in order to contain the crisis, but has received no response so far.

“Thank you very much, President Xiomara Castro. It was a great pleasure talking with you. For me and for anyone it would be a great honor to be part of the Government of Resistance and national reconciliation. You will receive my answer soon”, he wrote minutes after leaving that meeting on his Twitter profile.

Cálix reiterated on Friday that the crisis in Parliament can be resolved through dialogue and that it is open to that.

In the wake of the crisis, Castro could not swear before the President of Parliament, as established by law, so he chose to do so before Judge Karla Romerowho pointed out that the holders of two powers, the legislative and judicial, were not present on the day of the inauguration.

Castro took office this Thursday in a packed National Stadiumin Tegucigalpa. The new president has inherited a state hit by poverty, it is the poorest country in Latin America, drug trafficking and corruption, that have settled in the institutions with the collusion of the 12 years of “dictatorship”, which represented the mandate of Juan Orlando Hernández, as he has denounced.

“This historic day I will inform the Nation. about the social and economic tragedy that Honduras is facing and about my proposal to refound the socialist and democratic State”, Castro said in his inaugural speech at the National Stadium in Tegucigalpa.

He announced that the efforts of his management until 2026 will be focused on “education, health, security and employment”.

The political crisis in Honduras continues after the assumption of Xiomara Castro: two sectors claim control of Parliament