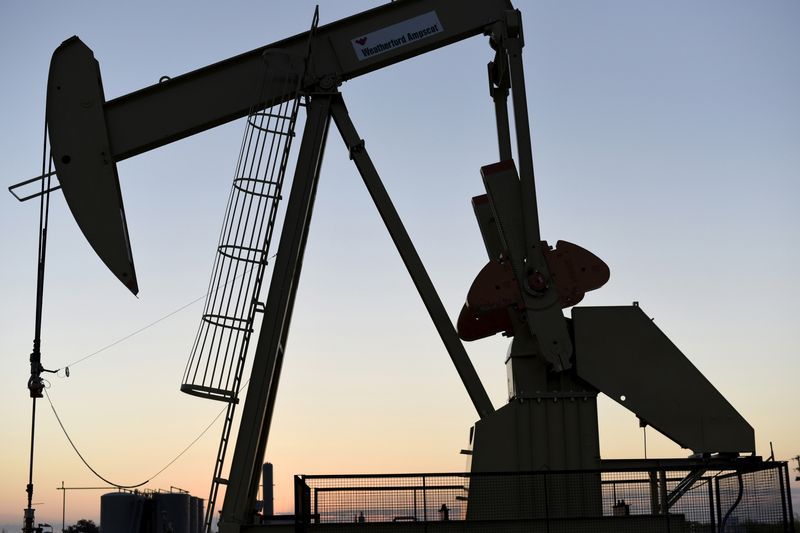 In an unprecedented alliance, The United States and other countries, including China, will use their strategic oil reserves to try to bring down crude prices, as the White House announced on Tuesday.

President Joe Biden ordered the release of 50 million barrels of oil from US strategic reserves. “This decision is taken in parallel with other major energy consuming nations, such as China, India, Japan, the Republic of Korea and the United Kingdom.”the White House said.

Biden, who has seen his popularity plummet amid rising fuel prices and headline inflation, said during a speech at the White House that the release of strategic oil reserves by the United States and other major consumers “will make a difference” for Americans concerned about fuel prices.

“I have brought other nations together to contribute to this solution: India, Japan, Korea, the UK have agreed to release more oil from their reserves, and China may also do more. This coordinated action will help us deal with the lack of supply, which will alleviate prices “, he counted.

And he clarified that although these efforts will not solve the fuel crisis “overnight”, it will make a difference. “It will take time, but before long you should see the price of gasoline drop,” assured the president.

The decision comes at a time when prices at gas stations continue to rise in the United States, which represents a major political problem for Biden, especially on the eve of Thanksgiving, a holiday in which the majority of Americans travel by land to reunite with their families.

The joint initiative, presented as unpublished by the Americans, he seeks that with the increase in supply prices fall mechanically, putting pressure on the producing countries.

Crude oil has risen amid the economic recovery after the lifting of restrictions due to the covid-19 pandemic. Prices have already been falling by about 10% in recent days, amid rumors about this coordinated operation. But this Tuesday morning, the market barely reacted and at 1:00 p.m. GMT they fell just 0.39% compared to the close of the US barrel WTI the day before.

In the previous three months, between August 19 and November 22, the WTI had increased by 20.5%.

To reach an agreement, Washington and Beijing they put aside their strained relationship, since China is also one of the large consumers of crude in the world.

Attempts by the United States to pressure producing countries, especially Saudi Arabia, so that they increased their offer, they hadn’t worked until now.

Louise dickson, an analyst at Rystad Energy, explains that “This historical and unorthodox action is clearly a message that tells OPEC (Organization of Petroleum Exporting Countries) that it is not the only player in the oil market.”

“This coordinated effort forms a informal alliance on the side of the countries consumers“, In response to the cartel of the producing countries, indicated Dickson.

But the American president also has his sights on big enterprises of the sector, indicated by transfer only price increases to service stations, while recording gigantic profits.

Thus the White House He asked the US competition authority days ago to pronounce “immediately” on behavior “eventually illegal”From the oil companies, and does not rule out legal action.

American reserves are the world’s largest emergency supply. According to a senior official, the release will begin between mid-to-late December, and new interventions to stabilize the market are possible in response to the pandemic.

“As the president has said, consumers are now suffering at gas stations“Said the official. “The president is ready to take additional action if necessary and is prepared to use his full authority, working in coordination with the rest of the world to maintain a adequate supply as the pandemic is left behind, “he added.

Of the 50 million barrels that the United States will release, 18 million will be sold directly in the coming months; while the other 32 million will enter the market under an “exchange” system., as they will be returned to the reserves in a few years.

America’s strategic oil reserves were created in 1975 to counteract the oil shocks. They are stored in huge salt caverns up to 800 meters deep along the Gulf of Mexico coast, in Louisiana and Texas, and contain 609 million barrels (mb), according to the Department of Energy.

Heavily guarded, these reserves represent the largest emergency reservoir in the world, placed in some 60 reservoirs located at four sites. It is enough unusual that large quantities be withdrawn from there, except in an emergency. As for example, when major hurricanes hit the Gulf of Mexico, crucial for oil production, or in response to international crises

“The consumption of crude oil of the Americans amounts to 19.5 mb per day. Placing 50 million barrels on the market corresponds to three days demand from the country’s refineries ”, he explained Andy lipow from Lipow Oil Associates, to enhance the look symbolic of the measure.

“The impact on prices should not be persistent,” analysts at TD Commodities also noted.

However, at a time when the reduction of greenhouse gases from fossil fuels is at the center of the agenda, using oil reserves could draw criticism.

“It would be counterproductive in terms of image on climate change”, Recently pointed out an editorial from the Washington Post. “It is certainly a contradiction” for the government, he also highlighted John Kilduff, for Again Capital.

“The real leaders in the fight against climate change are in favor of high oil prices to allow renewables to be more competitive”Kilduff argued.

But for the American president, the inflation, at a maximum in three decades at 6.2% at 12 months in October and very pressured precisely by the price of gasoline, could be a political problem. A) Yes, Fighting against rising prices is imperative for the government.

The median price of a gallon of gasoline (3.78 liters) rose to $ 3.41 from $ 2.12 a year agoaccording to the American Motorists Association AAA. The $ 4 mark is problematic for consumers, experts say.

India, for its part, announced that it would release 5 million barrels, while Great Britain will allow the voluntary release of 1.5 million barrels of oil from private reserves.

South Korea He noted that details on the amount and timing of the release of oil reserves would be decided after talks with the United States and other allies.

Japanese media, meanwhile, reported that Tokyo would detail its plans on Wednesday.

OPEC + members will meet on December 2 to discuss their production policy, but have shown no signs of No change on course to meet Washington’s orders.

Crude prices recently hit seven-year highs and, although they are still somewhat far from the levels between 2011 and 2014, when they exceeded 100 dollars per barrel, many consumers are seeing the costs of a dramatic increase in one year.