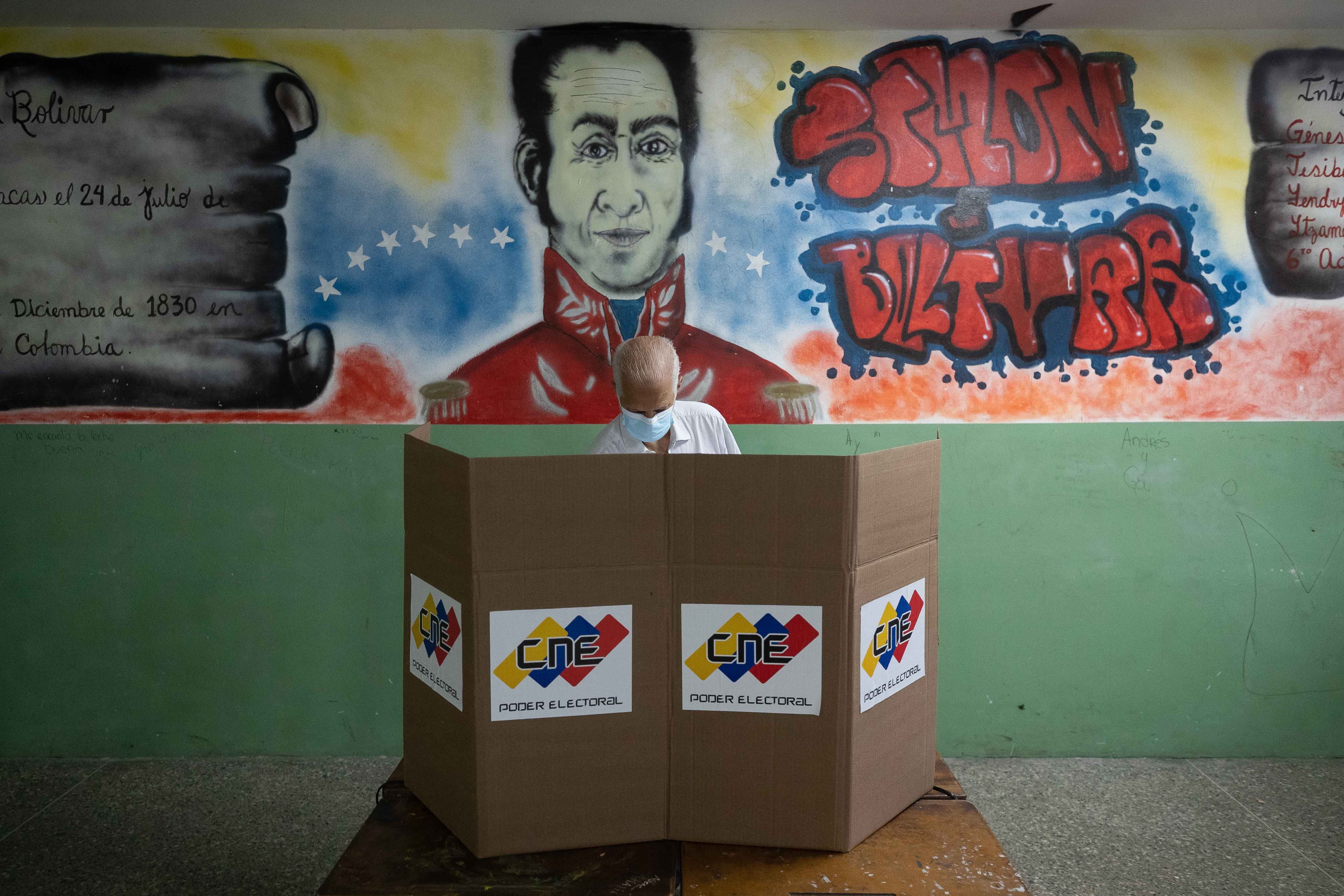 The United States condemned this Tuesday the regional elections that were held on Sunday in Venezuela and said that the Nicolás Maduro regime deprived Venezuelans of their right to a “free electoral process.”

“Fearful of the voice and vote of Venezuelans, the regime grossly distorted the process to determine the outcome of this election long before the ballots were cast.. Arbitrary arrests and harassment of political and civil society actors, criminalization of opposition party activities, banning of candidates across the political spectrum, manipulation of voter lists, persistent media censorship Communication and other authoritarian tactics almost nullified political pluralism and guaranteed that the election does not reflect the will of the Venezuelan people, ”the US State Department declared in a statement.

The United States reiterated its support for the Venezuelan people in their desire for a peaceful restoration of democracy through free and fair elections, with full respect for freedom of expression and peaceful assembly.

“We congratulate the political parties and candidates, as well as the voters who decided to participate in this process despite their failures to preserve and fight for a much-needed democratic space. But that space is limited by Maduro’s efforts to divide and repress Venezuela’s democratic actors. By arbitrarily jailing more than 250 people for political reasons, denying Venezuelans their right to freely express their views and elect their own leaders, and restricting Venezuelans’ access to accurate information, Maduro robs Venezuelans of the opportunity to shape your own future. We call on the Maduro regime to cease its repression and allow Venezuelans to live in the country in a peaceful, stable and democratic way, something they deserve and have sought for a long time, ”said the White House.

Washington also showed its support for the negotiations between the opposition and the Chavista dictatorship that are taking place in Mexico, and for the efforts of interim president Juan Guaidó to find a democratic solution to the Venezuelan crisis.

“We will continue to work with Venezuelan and international partners using all available diplomatic and economic tools to press for the release of all those unjustly detained for political reasons, the independence of political parties, respect for freedom of expression and put an end to abuses against human rights”Said the White House.

On the other hand, Guaidó, said this Monday that the regional and local elections this Sunday they showed a “Clear silence of the citizens” and highlighted that the dictatorship of Nicolás Maduro does not have the majority of the votes in the Caribbean country.

Guaidó, recognized legitimate president of Venezuela by fifty countries, assured that the regime sought “Corner” the opposition “in a false dilemma of voting or not voting.”

However, he added, the election result showed that the ruling party does not have the majority of the votes, by obtaining 45% of the votes, according to data from the Chavista electoral body.

The opposition leader also called for the unity of the opposition. “Today is a day of attention to citizens and reflection on the part of diligence and those who call themselves leaders in Venezuela”, said. “It is a moment of reflection and unity with Venezuelans and for Venezuelans “.

Along these lines, he said that the work of the opposition should be “Focus on solving what has destroyed the country: Nicolás Maduro.”

Voting centers turned into barracks: thus the military increases its influence in the disputed elections in Venezuela

The opposition claims to wait for the final count in Apure and in Barinas, Hugo Chávez’s home state: the difference is less than one point

Shootings, threats, robberies and beatings: the videos of the attacks of the Chavista groups during the regional elections in Venezuela

Chavista groups attacked a voting center in San Francisco, Zulia with bullets: there is one dead and two wounded