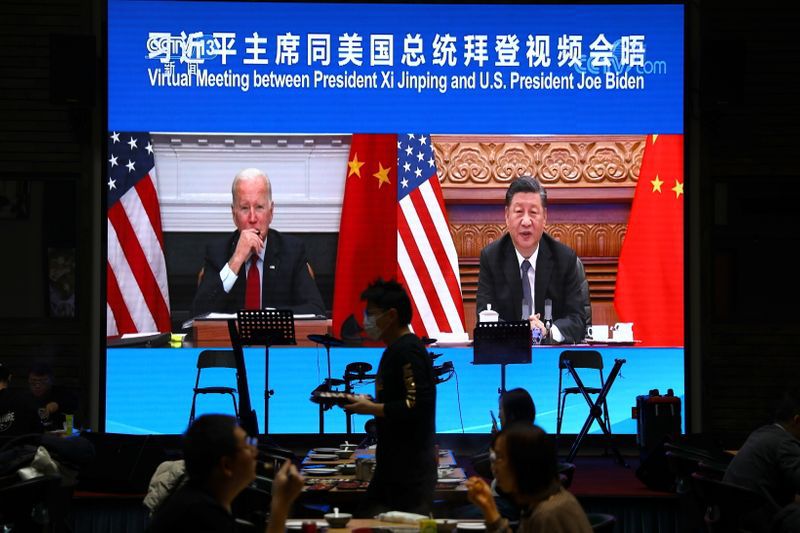 US President Joe Biden and his Chinese counterpart Xi Jinping agreed that allow journalists from both countries to enter and exit freely respecting the security protocols imposed by the COVID-19 pandemic, after the tensions on this matter in recent months.

According to sources from the Chinese Foreign Ministry, quoted by the newspaper ‘China Daily’, US to issue multiple annual visas for Chinese journalists and will immediately address the issue of the “term of validity of the status.”

For its part, China, based on the principle of reciprocity, is committed to ensuring that American journalists are given fair treatment. in the Asian country as soon as the US measures come into force.

Sources cited by the Chinese newspaper have specified that The consensus reached is the result of more than a year of “difficult negotiations” on the treatment of the media in both countries. However, and describing the agreement as “good” for both parties, they have stressed that it reflects the normality of relations between Washington and Beijing.

In this regard, a State Department spokesman confirmed on Tuesday that China had agreed to issue visas to a group of American reporters, and that it would allow journalists who are in the country to leave and return whenever they want, Washington doing the same, reports the US news agency Bloomberg.

Likewise, during the virtual summit held by both presidents and which lasted for more than three hours, agreed to promote a bilateral dialogue on arms control, White House national security adviser Jake Sullivan said Tuesday.

“The two leaders agreed that we would seek to promote talks on strategic stability “Sullivan noted, using a term common in diplomatic circles to describe gun control.

Biden’s adviser responded in this way during a conference Tuesday at the Brookings think tank to a question about China’s potential to significantly expand its nuclear arsenal and on Beijing’s recent launch of a hypersonic missile, capable of circling the earth.

Sullivan, who was present at the virtual meeting that took place on Monday (Tuesday in Beijing), assured that Biden raised to Xi the “need” to hold talks about such Chinese arms advances, which he described as “momentous issues of profound importance to US national security.”

Biden stated that those conversations should be “led by leaders and led by high-level teams”, who have decision-making power and are experts in “security, technology and diplomacy,” Sullivan explained.

“Now it is up to us (Biden and Xi’s advisers) think of the most productive way to do this”He added.

The assessor acknowledged that This possible dialogue will probably not be as “mature” as the one that the United States has shared with Russia for years., the other major nuclear power, because the talks with Moscow are more “entrenched.”

The United States is locked in an arms race with China and Russia in the field of hypersonic weapons.s, which due to their speed are more difficult to detect by missile defense systems.