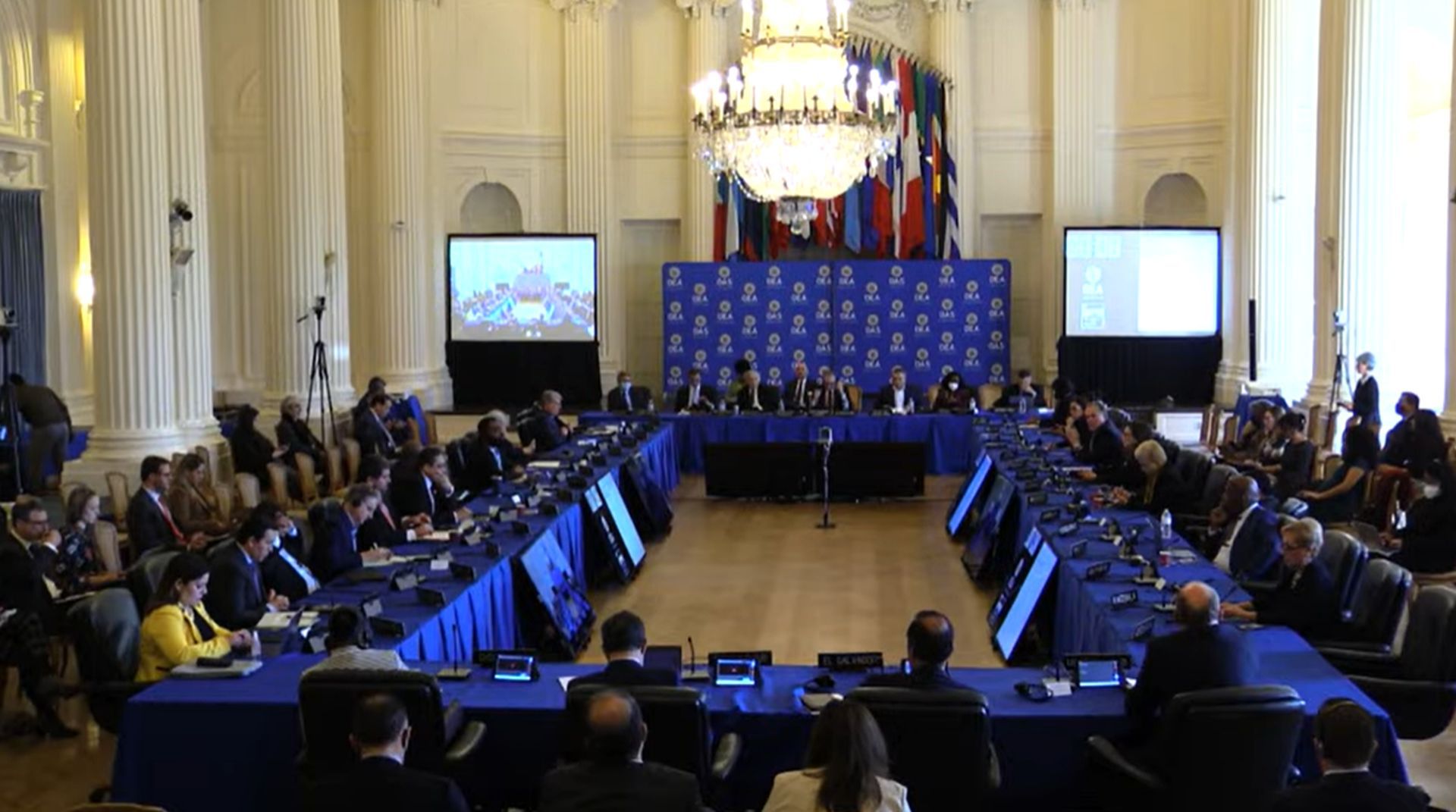 The new ambassador of USA before the Organization of American States (OAS), Francisco Moraasked this Wednesday the members of the body to maintain pressure against the regimes of Nicaragua, Venezuela and Cuba for democracy in those countries to be restored.

“We must speak up and defend democracy when it is under attack. All our delegations should be concerned about the erosion of democracy and the impact of corruption in the Americas”, he declared in his first intervention before the permanent council of the OAS.

Mora considered that the member states “cannot remain silent” when a government “silences the opposition and intimidates civil society”.

In this sense, he gave the example of Nicaragua, a country from which he demanded “the immediate and unconditional release of political prisoners under the dictatorship of Daniel Ortega.

“The OAS member states have to keep up the pressure on the Ortega regime to change its course,” he declared.

Likewise, he demanded that the Venezuelans “can exercise the right to choose their own leaders without repression” and warned that USA will make the regime of Nicolás Maduro, “be held accountable for their atrocities”.

Mora, who declared himself a “proudly Cuban-American,” also raised his voice against the dictatorship of Miguel Díaz-Canel in Cuba, whom he accused of “harass and detain peaceful protesters, journalists and independent voices”.

“The United States urges member states to stand with the Cuban people by supporting their rights to freedom of expression and peaceful assembly,” he said.

The diplomat assured that the OAS continues to be “a key partner in achieving many of the critical challenges” of the continent.

While some “have come to question the viability” of the OAS, the diplomat claimed that “multilateral institutions are essential” for the region.

Francisco Mora was ratified last December by the US Senate as permanent representative to the OASa position that had been vacant since the president of the United States, Joe Biden, took power two years ago.

On January 11, the representatives of the 34 member countries before the Organization of American States (OAS) and its Secretary General, Luis Almagrocoincided in unanimously condemning the “fascist” actions in Brazil.

At an extraordinary meeting of the OAS Permanent Council to study the events that occurred in the South American nation, Almagro described as “fascist” Y “putschist” the irruption of thousands of followers of the former Brazilian president Jair Bolsonaro in the seats of Parliament, the Supreme Court and the Presidency.

“The fascist mobilization that invaded Brazil is part of a movement that is present not only in Brazil, it is present in other countries” in the region, the Uruguayan diplomat assured in Washington.

During the session, called at the request of the OAS General Secretariat and nine countries, including the United States, Chile and Colombia, the 34 member states of the organization expressed their rejection of the assault.

In addition to the ambassadors, the permanent observers to the OAS from the governments of Spain, France, Italy, Portugal, the United Kingdom and the European Union (EU) intervened to express their condemnation, an unusual event during the extraordinary sessions of the body.

The Brazilian ambassador to the OAS, Otavio Brandellithanked the support received by the governments of the region and assured that those responsible for the “acts of violence and vandalism” in their country will be brought before Justice.

“The Brazilian State and its democratic institutions will respond to the seriousness of the acts committed,” said the diplomat.

Both Almagro and the ambassadors of countries such as Colombia and Chile, whose executives are part of the new progressive wave in South America, warned that the events in Brazil correspond to a pattern of attacks by the ultra-right on the continent.