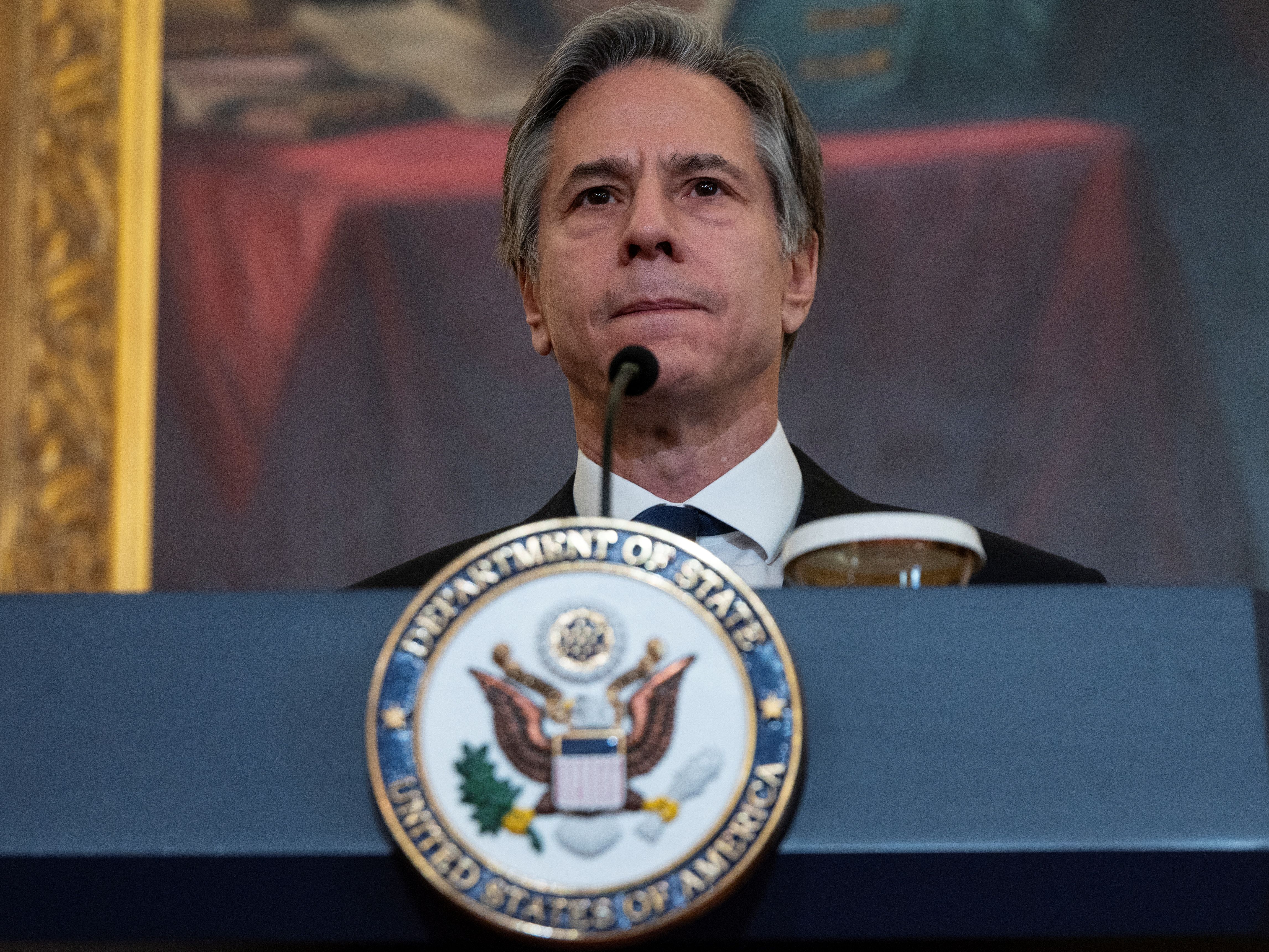 USA supported the draft resolution that condemns the Nicaraguan regime of Daniel Ortega and calls for the release of prisoners in Cuba and Venezuela, Secretary of State Antony Blinken said Thursday at the General Assembly of the Organization of American States (OAS).

“We have supported a resolution that condemns the government of (Daniel) Ortega in this general assembly,” Blinken said after the dictator was re-elected in Sunday’s elections without strong opponents, who are in detention or in exile.

The draft resolution promoted on Wednesday by the United States, Canada, Chile, Costa Rica, Ecuador, the Dominican Republic, Uruguay and Antigua and Barbuda asks the Permanent Council of the OAS to make “an immediate collective evaluation (…) no later than November 30 and take appropriate action.”

The Inter-American Democratic Charter describes the consequences for governments of the region that do not respect human rights and “we have to respect this letter,” insisted Blinken.

By virtue of article 21 of this letter a member state can be suspended if it breaks the democratic order and diplomacy has not worked to solve the problem.

The secretary of state He also cited the situation in Cuba, where the Archipelago political think tank called a peaceful protest for November 15. with the aim of demanding the freedom of political prisoners.

“Many people who they were unduly detained are still detained “, affirmed the head of the diplomacy of the United States. “All people both in Cuba and elsewhere have the right to protest as a group”he added.

“And the right,” he said, “to choose their leaders, as could be the case in Venezuela,” where calls for the release of “all US citizens who have been illegally detained.”

United States and 50 other countries do not recognize the reelection of dictator Nicolás Maduro in 2018 for considering it “fraudulent”,

For Washington the renewal of Latin America and the Caribbean, the motto of this general assembly of the OAS, which It is held virtually until this Friday with Guatemala as the host country, It involves solving socio-economic problems, fighting corruption and strengthening the security forces.

During the meeting, the foreign ministers and chief delegates of Brazil, Canada, Chile, Colombia, Costa Rica, Ecuador, El Salvador, Guatemala, Haiti, Honduras, Paraguay, the United States and Uruguay reiterated their concern about the serious humanitarian emergency on Thursday. , human rights violations and the crisis of migrants and refugees in Venezuela.

“They demand the immediate and unconditional release of all political prisoners, the cessation of persecution, respect for the independence of the parties, freedom of expression and of the press, and the restoration of full respect for human rights and fundamental freedoms. ”Says the joint statement on the situation in the Caribbean country.

OAS Assembly: 13 countries reiterated their concern about the serious humanitarian emergency in Venezuela and demanded the release of political prisoners