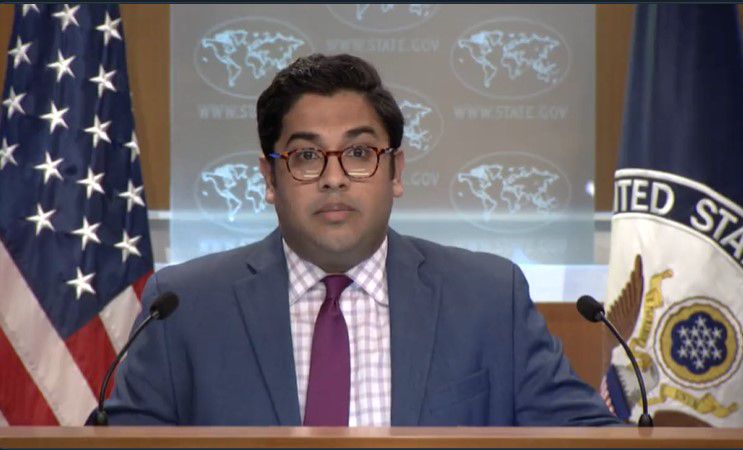 USA demanded this Friday that the Iranian regime immediately release the former Deputy Defense Minister Alireza Akbari, sentenced to death for allegedly spying for the intelligence services of United Kingdom.

British-Iranian Akbari, who served as deputy defense minister during the reformist president’s tenure Mohamed Katami (1997-2005), was sentenced by a court for “spy for MI6“, the british foreign intelligence service

“The United States echoes the firm call of the British government for Iran not to proceed with this execution and to immediately release Mr. Akbari,” the deputy spokesman for the government defended at a press conference. Department of State, Vedant Patel.

Patel added that the charges against Akbari were imposed for political reasonsso its execution would be “inconceivable”.

“We are extremely concerned by reports that Mr. Akbari was drugged, tortured in detention, interrogated for thousands of hours and forced to make false concessions”, asserted Patel, who in turn alluded to the “unacceptable” Iranian practices of “arbitrary and unjust” detentions.

The vice spokesman for Foreign Affairs assured that The United States has several “tools to hold the Iranian regime to account” such as the sanctions that are being applied “in close coordination” with several Western countries.

The announcement of his death sentence came amid protests rocking Iran following the death in police custody of Mahsa Aminiafter being arrested for not wearing the Islamic headscarf properly.

Tehran has accused United States, Israel, United Kingdom, France and Germany of being behind the protests, in which close to 500 people for the brutal police repression.

The sentence of the Iranian Supreme Court is final and occurs at a time when the person sentenced to death was at the waiting to receive a UK visa to leave the country.

After knowing the sentence, the Minister of UK foreign affairsPresident James Cleverly called on Iran on Wednesday not only to stop Akbari’s execution, but also to release him, stressing his British citizenship.

Akbari joins a long list of Iranian citizens with dual nationality who have been accused and sentenced to death for alleged espionage crimes for foreign intelligence agencies, the CIA or the Mossad.

Those accused of espionage and other crimes related to national security are generally privately courtedwhere human rights groups say they can’t choose their lawyers and can’t see the evidence against them.

Akbari spearheaded the implementation of a 1988 ceasefire between Iran and Iraq, after a devastating eight-year war and having worked closely with UN observers.

At least four people have been executed for their participation in the demonstrations and 17 have been sentenced to hang.

Iran is one of the leading countries in number of executions, with 246 of them in 2021.

Amir, the Iranian soccer player who is about to be executed while the world is silent

Iran’s regime confirmed another death sentence for a protester