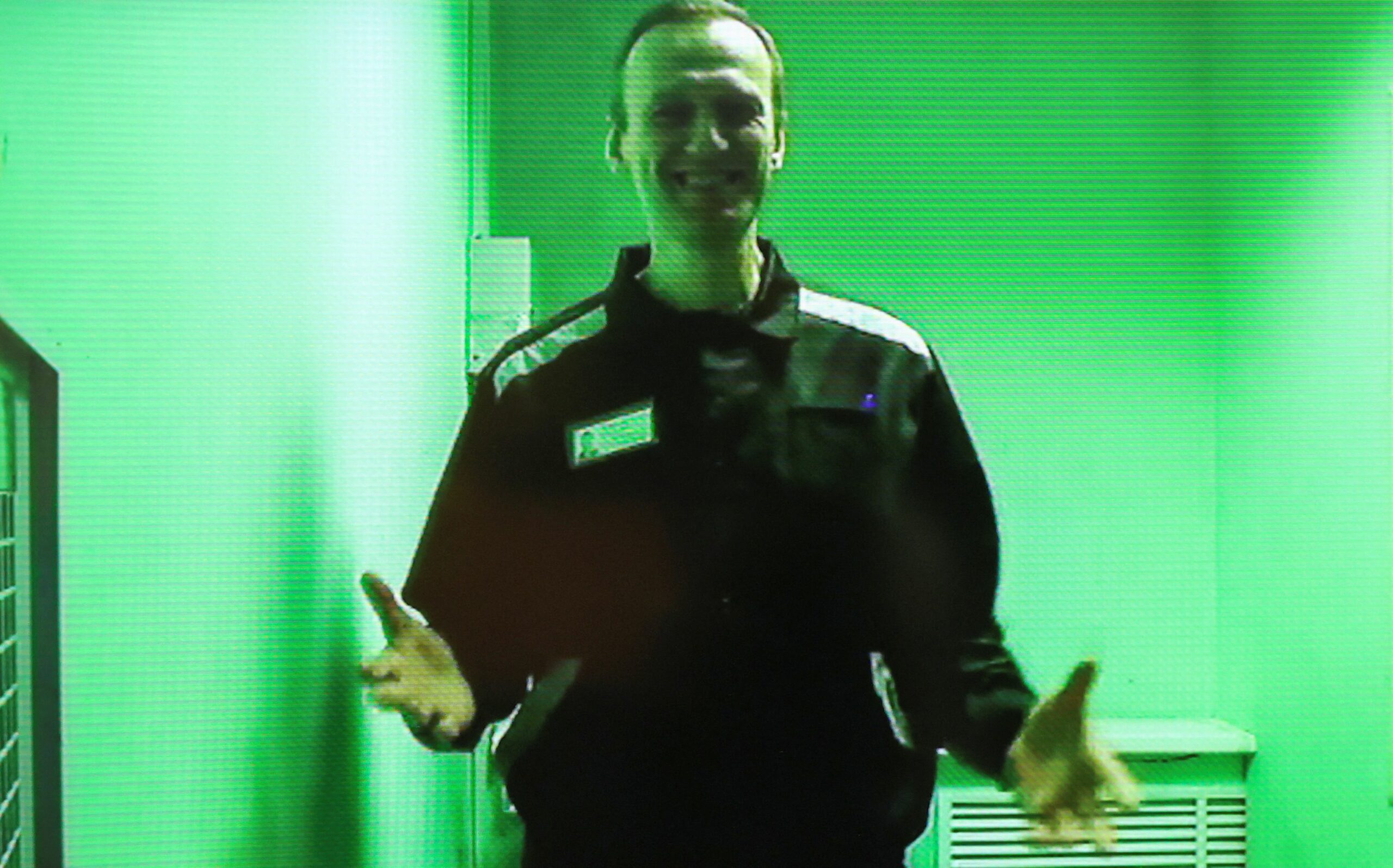 The strategic communication coordinator of the United States National Security Council, John Kirbyindicated this Thursday that the Biden Administration is concerned about the health of the Russian opposition leader Alexei Navalny.

“We share your concerns and continue to believe that must be released immediately, obviously; and, apart from that, we insist that you receive proper medical careKirby said.

Kirby referred to the call from Navalny’s wife, Yulia Navalniacarried out hours before, so that the opposition leader receives medical treatmentclaiming “humanity”.

“When you return from work, surely the parents, the children, are waiting for you at home. What goes through their heads, how do they live when they rejoice at intentionally letting a person get sick, that they don’t take care of them, that they don’t give them medicine?” Navalnia denounced, according to information from the agency APD.

This desperate call from Navalnia comes at a time when the prominent opponent has been unable to attend a court hearing due to his health conditionas reported by his lawyer on Twitter, Kira Yarmish.

Navalny’s defense has repeatedly denounced that his client is an inmate in a celda of isolation in deplorable conditions while, furthermore, you are denied healthcare to alleviate the episodes of fevers, chills and cough that he has suffered for a long time.

Furthermore, a group of 290 Russian doctors have written this week a letter addressed to the president of the country, Vladimir Putinadvocating that Navalny receive the health care that his followers and family demand.

Alexei Navalny, jailed for two years, said Wednesday that he suffers from flu-like symptoms and that he was denied access to a timely medical attention.

His supporters denounced a Kremlin offensive to “kill” him little by little.

From his cell, Navalny had to attend three hearings by videoconference during the day regarding complaints against the restrictions imposed by the prison administration.

He addressed the judge and requested a postponement of the three hearings for health reasons, a request that was accepted, he confirmed to the agency AFP his spokesman, Kira Iarmich.

Navalny, 46, stated that he had to carry out “a fierce fight” to get “basic medicines” and that he had been denied hospitalization in the medical unit from his prison, located 200 km from Moscow.

“It took me four days to get some more hot water”, he said, quoted by his team, claiming to have “fever and high blood pressure”.

Nearly 500 Russian doctors signed a petition, posted on Facebook, calling on Putin to provide appropriate care for Navalni and to put an end to the “ill-treatment” against him.

On Monday, the activist announced that on December 31 he was sent for the tenth time to a disciplinary Cell, for a period of 15 days, where their isolation and their rights are even more limited, for having bathed before the regulatory time.

Navalni, a staunch opponent of Vladimir Putin and the military offensive in Ukraine, was arrested in Russia in January 2021, upon his return to the country after suffering a serious injury. poisoning that he attributes to the Kremlin.

In March he was sentenced to nine years in prison in a “severe” regime for accusations of “fraud” that he considers fictitious.

Last December, Navalni denounced that he suffers physical abuse in jail and claimed to be able to read his medical history, after receiving medication injections without being informed of what was applied.

The Kremlin critic exposed his situation on his Twitter account, in a thread of messages in which he recounted the pain that afflicts him.

“I have a spinal problem.”, wrote. As he explained, it is a consequence of having been locked up for the last three months in a punishment cell, where you can only stand or sit in a iron stool for 16 hours a day.

“Look at how the system works when you’re not allowed to hit a person, but your bosses order you to do a lot of damage,” he said.

Given the pain he was suffering, he requested a medical examination, which was only granted after a month and a half of requests and after threatening to file a lawsuit.

“It took him five minutes to examine me,” he said of the doctor, who did not give his name or place of work.

Later, according to his story, they gave him a series of injections. When he asked what it was about, they told him: “We inject what the doctor has prescribed. Group B vitamins, for example”.

Navalny expressed his discomfort at not having the details of what was being put into his veins. In addition, they ignored him when he asked that the name of the doctor, the diagnosis and the prescribed drugs be written to him, despite the written complaint of his lawyer.

(With information from AFP, EFE and Europa Press)

Ukraine warned Russia after the attack in Engels: “If you thought that the war would not affect you in your rear, you were wrong”