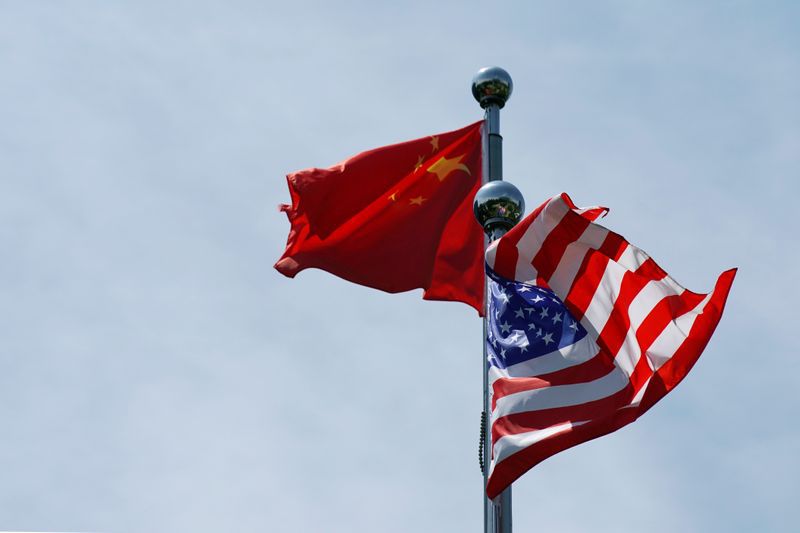 The Secretary of State of the United States, Antony Blinken, asked his Chinese counterpart that the country’s authorities dialogue with Taiwan, during a telephone conversation to prepare the next summit between US President Joe Biden and Chinese President Xi Jinping, scheduled for Monday afternoon (Tuesday morning in the Asian country).

“(The meeting between Biden and Xi) presents an opportunity for both leaders to discuss how to responsibly approach the competition between the United States and China at the same time they work together in areas where they share interests, “the State Department detailed in a statement.

US Secretary of State Antony Blinken spoke with Chinese Foreign Minister Wang Yi and He “expressed his concern about the continued military, diplomatic and economic pressure of the People’s Republic of China against Taiwan”the State Department wrote in a statement.

Blinken also encouraged the Chinese authorities to dialogue with Taiwan “To resolve tensions (…) peacefully and consistent with the wishes and interests of the people” of the island, says the text.

The American President, Joe Biden, and his Chinese counterpart, Xi Jinping, are scheduled to hold a virtual summit on Monday night, Washington time.

Blinken and Wang spoke on Friday to discuss preparations for the summit, and it was reported that the secretary “urged Beijing to engage in meaningful dialogue to resolve the issues (…) in a peaceful and coherent manner with the wishes and interests of the people of Taiwan ”.

Relations between the world’s two largest economies have deteriorated, in part by Taiwan, an autonomous democracy claimed by Beijing. Last month, China’s military carried out a record number of sorties into the island’s air defense zone.

Washington has repeatedly voiced its support for Taiwan in the face of what he has described as Chinese aggression.

The State Department said that Monday’s summit “presents an opportunity for the two leaders to discuss how to responsibly handle competition between the United States and the People’s Republic of China, while working together in areas where interests align ”.

Tensions between China and the United States on behalf of Taiwan and the Iranian nuclear program will be, among others, the topics that the Chinese leaders, Xi Jinping, and the American, Joe Biden, will discuss in the virtual meeting that they will hold next week.

Through a statement published on its website, the Chinese Ministry of Foreign Affairs assured that its head, Wang Yi, and the US Secretary of State, Antony Blinken, held a telephone conversation on Saturday prior to the video conference between Xi and Biden next Tuesday morning (Beijing time; Monday night Washington time).

US President Joe Biden and his Chinese counterpart Xi Jinping will maintain a virtual meeting on Monday, November 15the White House said Friday, amid mounting bilateral tensions over Taiwan, human rights and trade.

“The two leaders will discuss ways to responsibly manage competition” between the two powers, White House spokeswoman Jen Psaki said in a statement.

“At all times, President Biden will make America’s intentions and priorities clear and will be clear and forthright about our concerns with the People’s Republic of China,” added.

“The Great Resignation” in the US: why millions of people leave their jobs or do not want to return to face-to-face work as before the pandemic