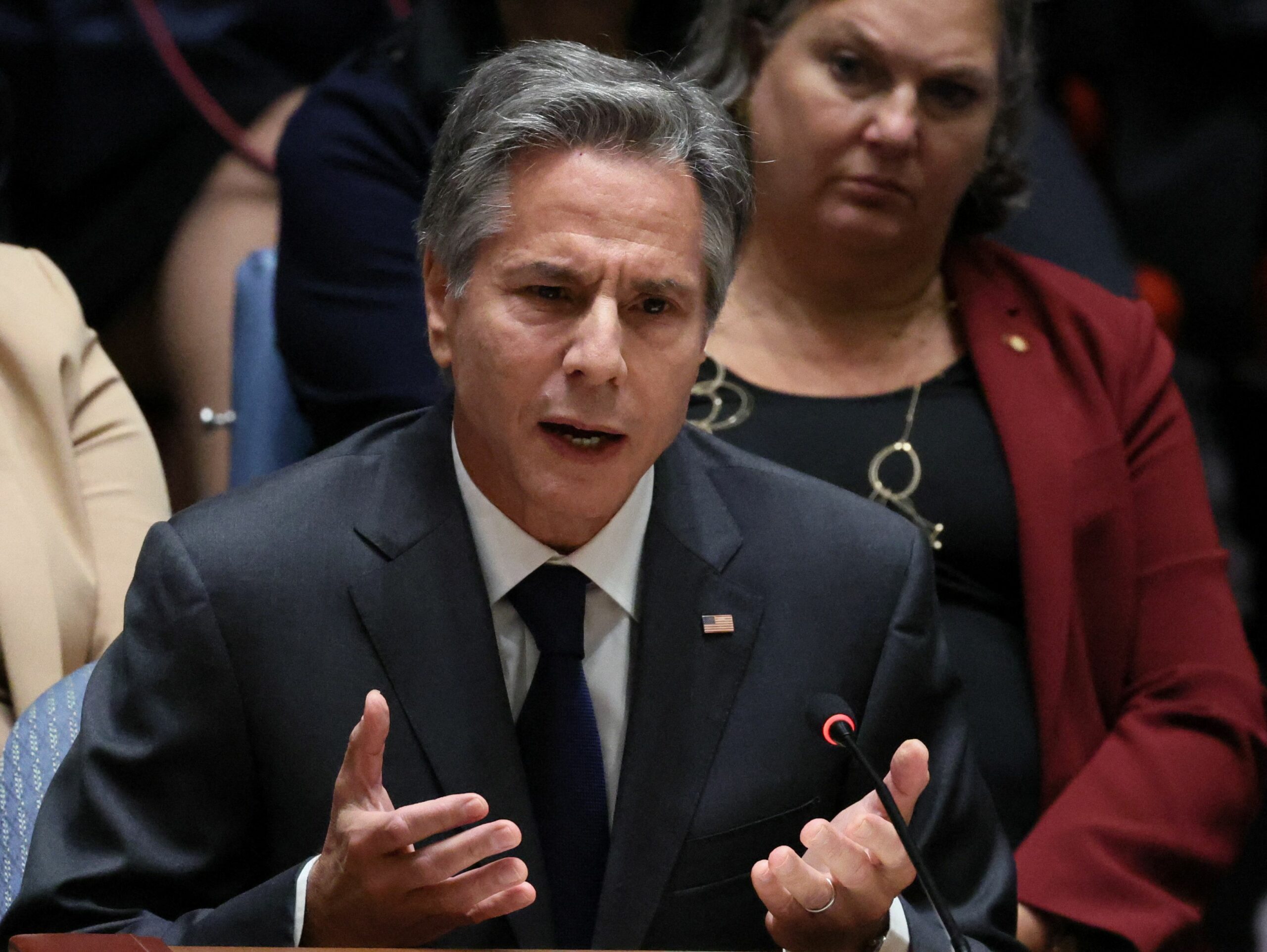 The United States demanded this Thursday that all members of the UN Security Council send a “clear message” to Russia “that these irresponsible nuclear threats must cease immediately.”

The Russian President, Vladimir Putinsaid earlier this week that his country, which is a nuclear power, “will use all the means at our disposal” if its territory and its people are threatened.

Antony Blinken, US Secretary of State, took advantage of the Council session to increase criticism of Russia for the war in Ukraine and pressure other countries to join his strong condemnation. “All council members must send a clear message that these irresponsible nuclear threats must cease immediately.”declared the American diplomat.

The day before, the president Joe Biden He lashed out at Putin for what he called flagrant violations of the UN Charter and international law, and the United States told the Security Council that Russia must face increased censorship and isolation over the invasion.

Blinken listed various allegations of war crimes and other atrocities and called countries that have yet to speak out forcefully against them an affront to international order.

Also, during his speech at the Security Council, the head of US diplomacy accused Moscow of “degrading” the organization and “everything it represents” with its latest actions.

“That President Putin chose this week, as most of the world gathers at the United Nations, to add fuel to the fire that he started shows his utter contempt and disdain for the UN Charter, the UN General Assembly and this Security Council,” Blinken said, adding that “the world order” is collapsing “before our eyes”.

Along these lines, he condemned Russia’s attempts to annex “large swaths of Ukraine” in the coming days, alluding to the referendums on joining Russia proposed by the pro-Russian authorities in the Donetsk, Lugansk, Zaporizhia and Kherson regions, scheduled for on September 23 and 27.

Blinken also argued that the “partial mobilization” announced by Putin represents an “escalation” of the conflict, while recalling that Moscow assured that “there can be no winners in a nuclear war.” “This is another reason why no one should trust Russia.”

“We are also talking about protecting the world order, where no country can redraw the borders of another country by force. If we do not protect this principle when the Kremlin so flagrantly violates it, we are sending a signal to aggressors everywhere that they can do the same,” he added.

However, despite Blinken’s forceful words, a US official said the diplomat had no illusions that the Council would act against Russia, given its veto power as a permanent member. The official spoke on condition of anonymity before the speech.

As the Council meeting began, there were already signs of a charged atmosphere in the room.

The Minister of Foreign Affairs of Ukraine, Dmytro Kulebawryly told reporters beforehand that he planned to maintain a “safe social distance” from his Russian counterpart Sergei Lavrov.

Lavrov was not present when Blinken made his remarks, but later repeated Russian assertions that Ukraine cracks down on Russian-speakers in the country’s east, one of several used by Moscow to launch its offensive. Ukraine’s allies, Lavrov denounced, “have been covering up the crimes of the kyiv regime.”

Kuleba, for his part, stressed to the Security Council that Russia will soon collapse and will assume “full responsibility” for its war crimes and crimes against humanity in Ukraine. “Putin announced the mobilization, but what he really announced in front of the world is his defeat. You can invite 300,000 or 500,000 people, but you will never win this war. Today every Ukrainian citizen is a weapon that is ready to defend Ukraine and the principles formulated by the United Nations Charter,” he noted.

He also called on the UN member states to support the creation of a special international court on crimes against Ukraine with the aim of obtaining justice against Russia.

On Wednesday, President of Ukraine Volodimir Zelensky spoke by video before the Assembly and demanded punishment for Russia just hours after Moscow made an extraordinary announcement that it would mobilize some reservists for the war effort.

The Ukrainian president promised world leaders that his forces would not stop until he recaptured all of Ukraine. “We can return the Ukrainian flag to our entire territory. We can do it with force of arms (…) But we need time”, he stated.

(With information from AP and Europa Press)

Russians run out of tickets to flee Putin’s mobilization order: “They buy no matter where they fly”