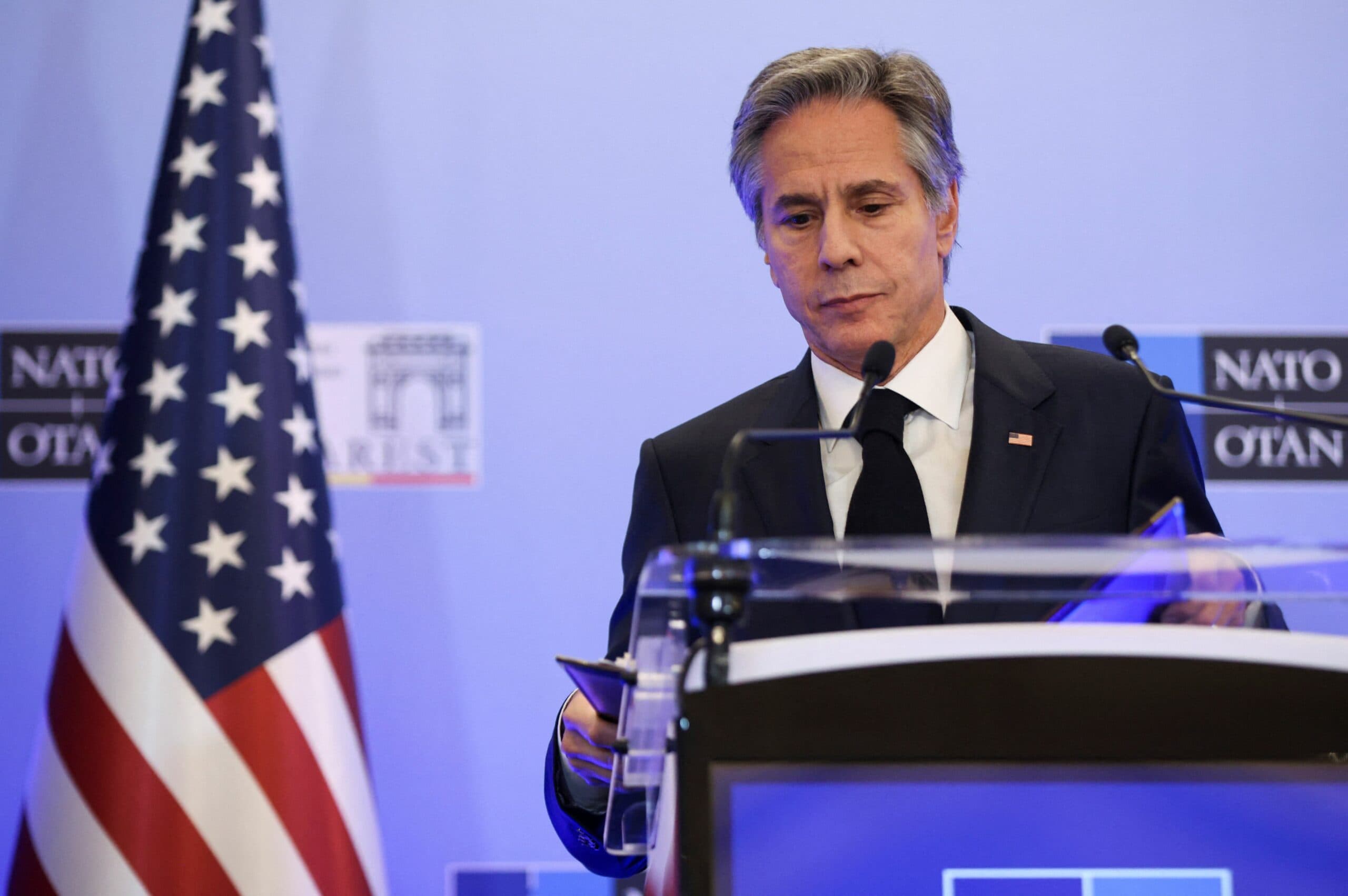 The head of US diplomacy, Anthony Blinkensaid Wednesday that the Chinese crackdown on protests against its “zero covid” policy is a “sign of weakness” of the communist regime.

Blinken said on the chain NBCNews that people all over the world have right to “make their frustration public”.

“In any country where we see that happening and the government taking massive repressive measures to stop it, that is not a sign of strength. It is a sign of weakness,” Blinken said in Romania, where he attends NATO meetings.

Blinken, who plans to visit China next year, declined to comment on whether the protests affect President Xi Jinping.

estimated that China’s “zero covid” policywhich was the initial trigger for the protests, “is not something we would do,” adding that the United States chose to focus on vaccines, testing and treatment of the disease.

“China has to figure out how to advance covid treatment in a way that can respond to health needs but also to the needs of people”, said the Secretary of State.

The protests against the “zero covid” policy, however, led to demands for political freedoms. The mobilizations have been the largest in China since 1989, when communist leaders sent troops to crush a student-led democracy movement in Tiananmen Square.

China’s top security body on Tuesday called for “strong measures” after several days of protests in major cities across the country against almost three years of strict confinements by covid-19, in a context of public frustration with the Chinese political system. Demonstrations broke out in the capital Beijing and other cities including Shanghai and Wuhan last weekend, taking China’s powerful security establishment by surprise.

The trigger for this national mobilization was the burning of an apartment building in Urumqi, capital of the northwestern region of Xinjiang, in which 10 people were killed. On social networks, many witnesses said that the help was slow to arrive due to sanitary restrictions, which the authorities denied.

But the protests have also taken a political turn, with some protesters Call for the resignation of President Xi Jinping. In Beijing and Shanghai, the strong police presence discouraged any attempt to demonstrate. But on Monday and Tuesday sporadic rallies were held.

The tight control of information by the authorities and the health restrictions to travel within China make it difficult to assess the total number of protesters in the country. But such a widespread uprising is rare, given the crackdown on any form of outright opposition to the Chinese government.

Although Beijing maintains its strict health policy for the moment, in recent days there have been some signs of relaxation. The authorities have also promised accelerate vaccination of the elderly. The insufficient vaccination rate in China, especially among the elderly, is one of the government’s arguments for maintaining its measures.

The China that Xi does not see

US fears Putin’s troops will use biological weapons in Ukraine