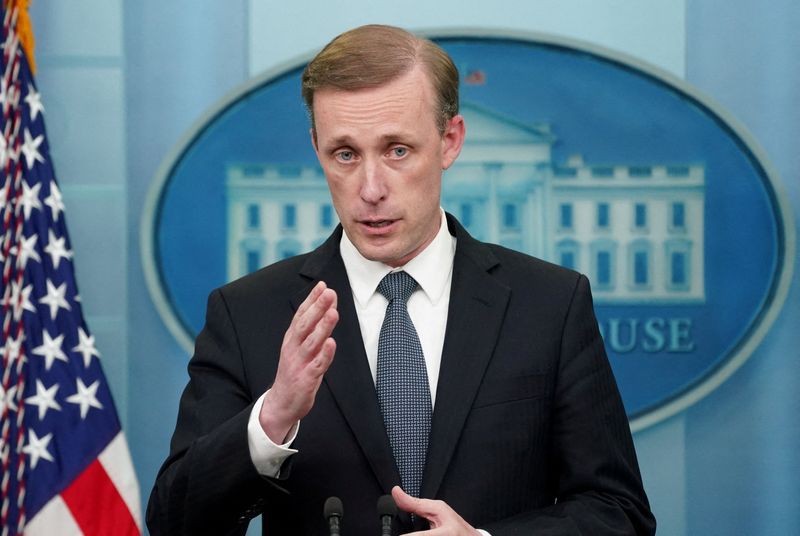 The United States government warned on Wednesday that will continue to impose sanctions on the Iranian regime to “disrupt the destabilizing activities” of the Islamic Republic in the Middle East after the attacks on Iraqi Kurdistan.

White House National Security Advisor Jake Sullivansaid in a statement that “Iranian leaders continue to show blatant disregard not only for the lives of their own people, but also for their neighbors and the basic principles of sovereignty and territorial integrity.”

“Iran cannot deflect the blame for its internal problems and the legitimate grievances of its population with attacks along its border”he pointed.

In this way, the Administration of US President Joe Biden reacted to the bombings this Wednesday by Iran, with nine dead and 32 wounded, against opposition parties in the autonomous Kurdistan region of Iraq for allegedly supporting the protests they are having. place these days in the Persian country after the death of the young Mahsa Amini at the hands of the Iranian Moral Police.

Iran’s Revolutionary Guards confirmed shortly after the attack that they had bombed “terrorist groups” in northern Iraq for the fifth consecutive day.

Sullivan noted that Tehran’s “blatant use of missiles and drones” against its neighbors, as well as its supply of drones to Russia for use in the conflict in Ukraine and its allies in the Middle East, should be “universally condemned.”

The national security adviser assured that the United States will remain together with the Government of Baghdad and “the Iraqi leaders of the Kurdistan region” in their condemnation of these attacks, as “an aggression against the sovereignty” of the Arab country and its people.

The authorities of Iraqi Kurdistan have expressed themselves “surprised”, while the Government of Baghdad has assured that it will take measures at the highest diplomatic levels so that these types of actions are not repeated.

In this context of tension The United States shot down an Iranian drone heading to Erbil on Wednesdaycapital of the autonomous region of Kurdistan in Iraq, due to suspicions that it was targeting its forces deployed in the area.

The spokesman for the Central Command (CENTCOM) of the US Armed Forces, Joe Buccino, said in a statement that his troops intercepted the Iranian drone, of the Mojer-6 type, around 2:10 p.m. local time (11:10 a.m. GMT).

The Iranian regime’s attacks come at a time when the protests in the Persian country against the veil have already been repeated for twelve nights for the death in custody of a woman of Kurdish origin, Mahsa Amini, after being arrested for improperly wearing that garment.

The Iranian authorities insist that the protests are incited by the “foreign enemy” with the intervention of embassies and intelligence services of other countries.

The Kurds are the largest ethnic minority without their own state, made up of 30 million people distributed mainly between Turkey, Iran, Iraq and Syria.