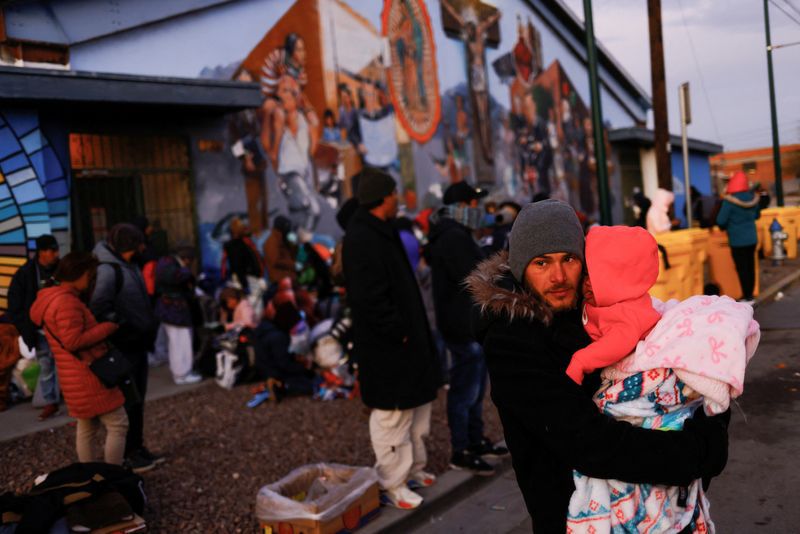 The United States announced Thursday that it will accept more than 30,000 migrants per month from Venezuela, Cuba, Nicaragua and Haitithus expanding a program for which it already grants humanitarian permits to Venezuelans.

“Don’t come to the border” without having initiated a legal process before, the president of the United States requested this Thursday, Joe Bidento the migrants who arrive in the country in record numbers.

The president promised a “safe and humane” strategy against the “broken” immigration system, in a speech at the White House shortly after officials announced that the United States will allow the entry of up to 30,000 migrants each month from Cuba, Haiti, Nicaragua and Venezuela, but it will tighten the restrictions on the border with Mexico.

High-ranking officials of the President’s Administration Joe Biden reported in a call with journalists that, in parallel, the United States will expel “immediately” to Mexico to migrants from those countries who try to cross into their territory irregularly.

“We have a tight schedule” for this summit of North American leaders in Mexico, which Canadian Prime Minister Justin Trudeau will also attend, Biden said in a speech at the White House. And he added: “An important part of that agenda is to reinforce the border between our countries.”

With the inclusion of Cubans, Haitians and Nicaraguans, the program that the US launched last October is expanded to deliver 24,000 permits to Venezuelan migrants and, at the same time, deport to Mexico those who cross the border without permission.

The officials explained that those who are deported to the southern neighboring country for crossing the border irregularly will not be able to access humanitarian permits, nor will those who arrive “illegally” in Panama and Mexico be able to request it.

Likewise, the United States wants to triple the “resettlement of refugees” from other parts of the continent in fiscal year 2023 and will welcome up to 20,000 people from Latin American and Caribbean nations.

The officials explained that the motivation for these measures is the “new migratory pattern” that is taking place at the border, since “political, economic and political instability around the world is fueling some of the highest levels of migration”, not seen since World War II.

In this context, the US has seen on its southern border record numbers in decades of migrants trying to cross irregularly, “motivated for the most part by a new unprecedented exodus of migrants from Cuba, Nicaragua and Venezuelasaid one of the officials.

According to data provided by these sources, in most of December the detentions and expulsions of migrants at the southern border of the United States fluctuated between 7,000 and 9,000 dailywhich is an average of 8,000 per day.

“We are also seeing a increased maritime migration from Cuba and Haitiwhich is putting migrants in a dangerous situation,” the sources said.

The officials pointed out that the measures will also apply to the families of migrants and that they will be applied in collaboration with Mexico.

The President of the USA, Joe Bidenis scheduled to deliver a speech shortly to elaborate on this announcement.

Biden will travel on Sunday to El Paso (Texas, USA) on the border with Mexico in the first visit to the border of his Presidency and the next day he will visit the Mexican capital to participate in a trilateral summit with his Mexican counterpart, Andres Manuel Lopez Obradorand the Prime Minister of Canada, Justin Trudeau.

In parallel, the US announced this Thursday that it will reinforce security on its border by hiring and deploying more agents who will join the 23,000 already working in the area.