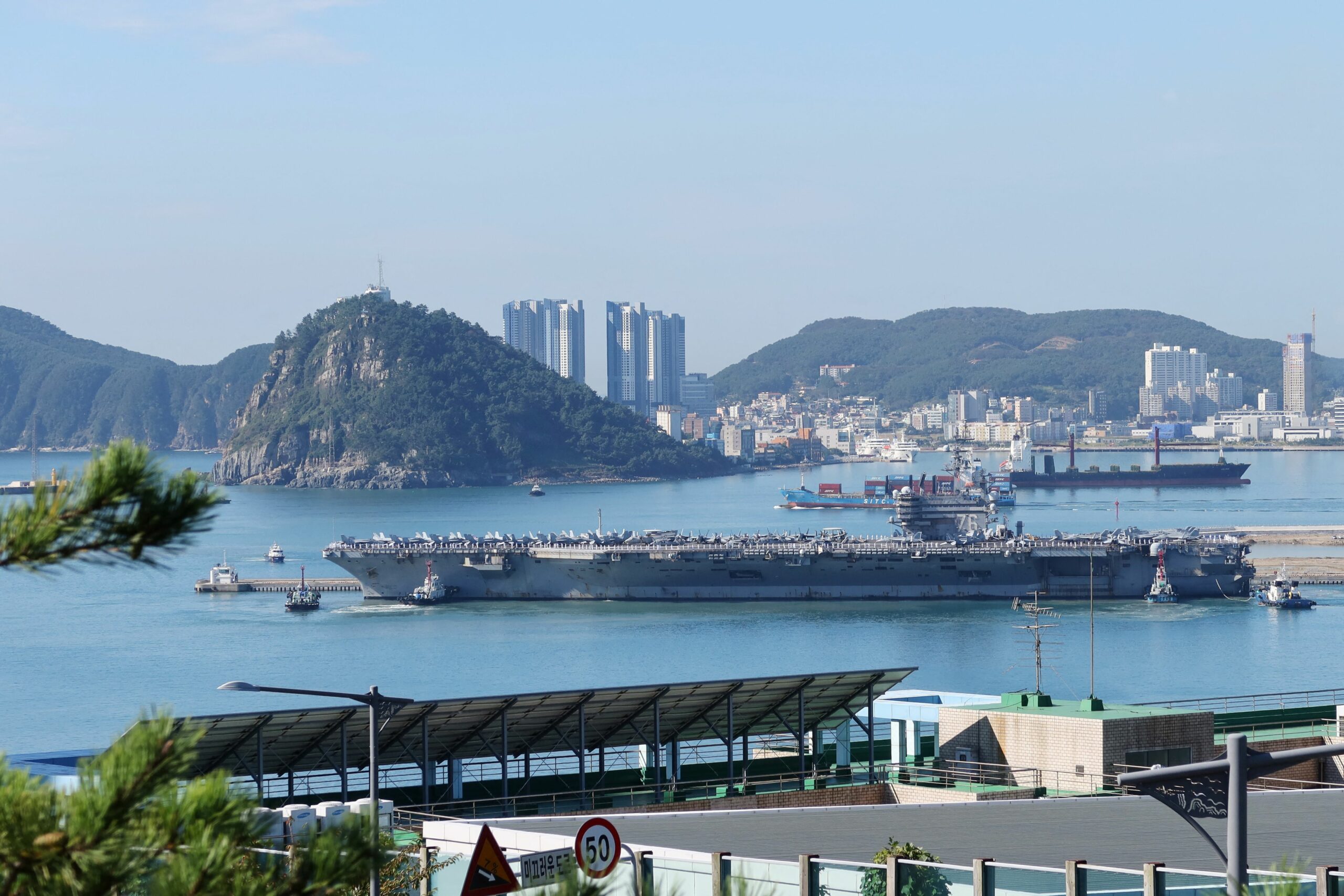 The American aircraft carrier USS Ronald Reagan and his attack group arrived this Friday at the South Korean port of Busan to carry out some maneuvers with the navy of the Asian country in what is interpreted as a gesture of force against North Korea, which has been prepared for months to carry out a new nuclear test.

The class aircraft carrier Nimitz docked in the Republic of Korea Fleet Command (official name of South Korea) in this city located 390 kilometers southeast of Seoul.

The ronald reagan and its strike group, made up of the missile cruiser USS Chancellorsville and the destroyer USS Barry equipped with Aegis systemare scheduled to participate in joint exercises off the South Korean east coast in which the nuclear-powered submarine is expected to also take part. USS Annapolis.

These exercises, the first of their kind in five years, seek to send a message to North Koreadisconnected from the dialogue on disarmament since the pandemic began and immersed in a weapons modernization plan.

The deployment of ronald reagan comes after the summit last May between the South Korean president, Yoon Suk-yeoland its American counterpart, Joe Bidenwill be settled with the commitment that Washington it will deploy strategic assets on the Korean peninsula in a “coordinated manner and when necessary” based on Pyongyang’s actions.

The last time the ronald reaganthe only aircraft carrier that the US has deployed abroad (its base port is in Japan), came to the peninsula to rehearse operational scenarios with South Korean forces in September 2017in full escalation of tension after the last North Korean nuclear test to date.

Seoul and Washington They now seek to send a message of strength in the face of the possibility that the northern regime will carry out a new atomic test.

The military intelligence of the two allies considers that Pyongyang has been ready for months to carry out what would be its seventh underground nuclear detonation in its Punggye-ri test center (northeast of the country).

“By carrying out combined drills, the Naval Forces of the two countries intend to strengthen its military readiness and demonstrate the firm determination of the Republic of Korea (official name of South Korea)-US Alliance for peace and stability on the Korean Peninsula”, explained the South Korean Navy in a statement.

The carrier’s arrival comes after North Korea recently passed a new law aimed at authorizing the preemptive use of nuclear weapons under certain conditions, in a move that appears to show its increasingly aggressive nuclear doctrine.

Earlier this year, the North tested a series of nuclear-capable ballistic missiles capable of reaching both the continental United States and South Korea.