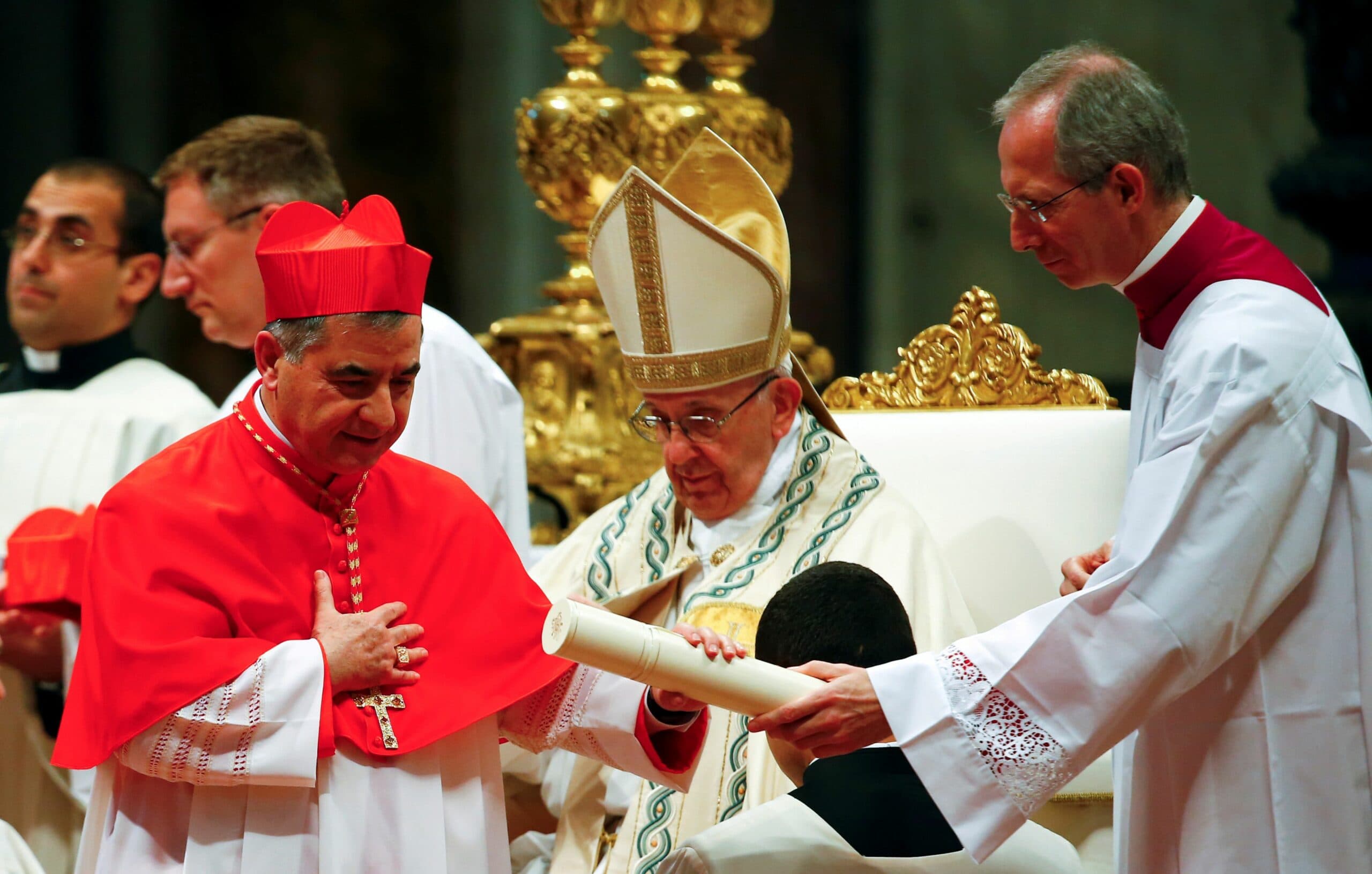 A court of the vatican court accessed this Thursday exclusively to a phone call between Pope Francisco and the Cardinal Angelo Becciu secretly recorded. The listening took place within the framework of a corruption trial against the cardinal and was brought by an Italian financial policeman investigating a Sardinian charity linked to Becciu.

According to statements made in court, the call took place on July 24, 2021 and it was recorded without the consent of the Supreme Pontiff. The search would have been carried out by a companion of Becciu, who was with him at the time the call was made, which occurred three days after the start of the trial and while Francisco was recovering from his colon surgery.

Reporters covering the case were removed from the room while the audio played. That is why a group of lawyers who were able to access the hearing assured the agency Reuters that in it Becciu asked the Pope to confirm that he had authorized a payment in order to get the release of a Colombian nun which was kidnapped in Africa since 2017.

They added, meanwhile, that in the conversation the Supreme Pontiff seemed perplexed Y Surprised for the reason for the call, for which he responded repeatedly asking him to send a written note with your request.

Meanwhile, other lawyers confirmed to Associated Press that Francisco was familiar with the case and agreed to the requests of Becciu and, who spoke with the agency EFEThey added that the cardinal pointed at the Pope and told him: “You he has already condemned meit is useless to carry out the process”, in reference to the trial in progress.

Cardinal Becciu was part of the Catholic Church for many years. Between 2011 and the 2018 served as number two of the secretary of statea period in which a series of irregularities for which he is being investigated.

One of them is the hiring in 2018 of the also accused Cecilia Marognawho introduces herself as a security analyst, and was reportedly requested by her services to free the nun who had been kidnapped in Mali by a group linked to Al Qaeda.

Then, Marogna received €575,000 (almost 599 thousand dollars) from the Secretary of State. Part of the money was sent to a company that the woman had established in Slovenia and the rest was given to her in cash, according to statements made in court.

However, police investigations showed that the analyst had used this sum to fancy clothes, visits to health centers and else matters of a personal nature. That is why she is accused of embezzlement along with Becciu, who also faces charges for corruption Y abuse of power. In the trial there are others eight defendants and all deny wrongdoing. They are the broker Gianluigi Torzi; Enrico Crasso, financial reference of the Secretary of State; the former president and former director of the Financial Information Authority (AIF), René Brülhart Y Tommaso DiRuzzarespectively; Mauro Carlino, former secretary of Becciu; The banker Raffaele Mincionelawyer Nicola Squillace; and the official of the Holy See, Fabrizio Tirabassi.

For his part, the chief prosecutor of the trial, alessandro diddyinformed after this audience that a new angle of analysis suggests that the cardinal could be involved in a criminal conspiracy. He maintained that the details of this stretch of the investigation had already been turned over to the court for review.

Becciu’s lawyers announced in a statement that they were unaware of the new allegations and avoided referring to the secret phone call.

Pope Francis withdrew all cardinal rights from Becciu on suspicion of nepotism a year before the trial began, even though he denied doing anything to help his family financially and insisted on his innocence.

(With information from Reuters, The Associated Press and EFE)

Three corpses in the Vatican and a love triangle that no one confirmed: new theories about an unsolved crime