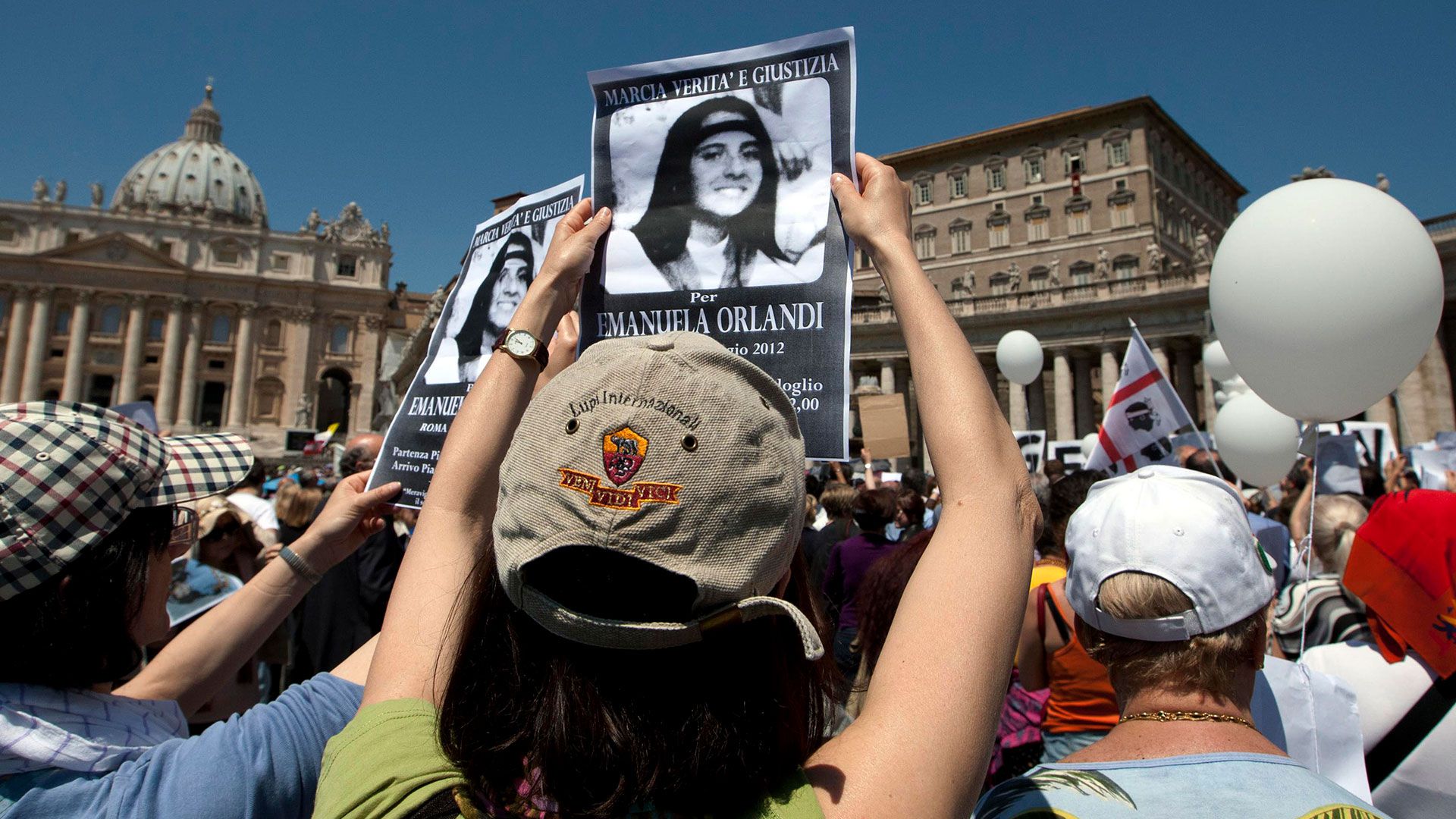 The Vatican Promoter of Justice (prosecutor) has reopened the investigation into the disappearance of the young woman Emanuela Orlandi almost forty years ago, in 1983, one of the great mysteries of Italian history.

The decision of the Vatican City Prosecutor’s Office follows “the requests made by the family in different judicial venues”, they pointed out today to EFE sources of the papal state.

The Orlandi family lawyer, Laura Sgrò, filed complaints in 2018 and 2019 and various instances until last year but does not know the reason that led to the reopening of the investigations and hopes to meet soon with the Vatican promoter, alessandro diddi.

The defender, in conversation with this agency, assured that “nobody” has notified them and that she has found out from the press.

And it does not exclude that the new investigation occurs after collecting new evidence on the case, recently picked up by the Netflix series “Vatican Girl” or with numerous books.

The recent four-episode Netflix documentary explores different scenarios and also provides new testimony from a friend who claims that Emanuela had told her a week before she disappeared that a high-ranking Vatican cleric had made sexual advances on her.

The Vatican Prosecutor’s Office closed in April 2020 the investigation into the search for possible remains of the girl in the German cemetery in Vatican City.

Orlandi was a Vatican citizen – her father was an employee of the Holy See – who disappeared on June 22, 1983 at the age of 15 when he came home from his music classes in Rome.

Emanuela, fond of music and with an angelic face, disappeared without anyone knowing anything about her. Her family, desperate, made calls of all kinds to try to find out where she was. What had happened to her. her father was Ercole Orlandiwho worked in theprivate secretary of the Holy Father”, according to what the family lawyer, Egidio Gennardo, said at the time. The lawyer had to deny the versions that said that the man was really a Vatican secret agent.

The event often reappears in public debate and continues to arouse enormous interest in Italy because, forty years later, no one knows the whereabouts of the girl, while the mafia, intelligence services and even the Roman Curia are accused.

His disappearance, in fact, has been surrounded by numerous theories, from the involvement of men from the Curia, to the “Band of the Magliana”, the mafia in Rome, or even the Turkish terrorist who attacked John Paul II in 1981, Ali Agca.

Theories multiply. They link the case not only with the Turkish assassination, but also with the Banco Ambrosiano scandal. Robert Calvi“God’s banker”, was in the crosshairs of the gangsters who fell into bank fraud. Calvi was murdered. His body appeared June 18, 1982 hanging from Blackfriars Bridge in London’s financial district. Before it had been the assassination attempt on the Pope. And now the kidnapping of a girl in the heart of the Catholic Church.

As if that were not enough, Emanuela’s case broke out in the middle of the kidnapping of another teenager, mirella gregori. Case that he was also involved in the mystery.

The head of the gangster group Banda della Magliana, enrico depediswas singled out by his ex-lover Sabrina Minardi of kidnapping her. The woman would confess in 2005 that she herself participated in the operation. It was she who introduced her into the vehicle that would later take her to her final destination. De Pedis was never formally charged, although he was always in the eye of the investigation.

The girl’s brother, Pietro Orlandi, expressed on public television RAI his wish that “it can start from the beginning” with the investigations that take into account the latest evidence and indications that have emerged.

Emanuela Orlandi’s family has been tirelessly searching for the girl for almost forty years and the Vatican authorities have recently agreed to open certain spaces in search of possible remains, although without success.

In 2012, the family called for an investigation when unidentified skeletal remains were found at the side of the tomb in the Basilica of Sant’Apollinaris in enrico depedis.

In July 2019, the Vatican opened the tombs of two German princesses in the Vatican’s Teutonic Cemetery after the family received an anonymous letter with a photo of the pantheon and the message “look where the angel is pointing”. The graves were empty.

Months before, some bones found in the basement of the nunciature (embassy) of the Holy See in Rome were also analyzed, but it was finally determined that they were older.

Also a photographer and assassin, Marco Accetti, confessed in 2013 to having participated with De Pedis in the kidnapping and murder of Emanuela. His version coincided with that of Minardi. The man was also part of other kidnappings and was arrested repeatedly. even the crime of Jose Garramonthe 12-year-old son of the Uruguayan ambassador to Italy occurred in 1983.

On the other hand, the family lawyer and Orlandi’s brother announced last month a new initiative to create a parliamentary commission to investigate the case.

Three initiatives previously submitted to the Italian parliament failed to get off the ground, but opposition lawmaker and lawyer Carlo Calenda argued the Vatican could not close the case with so many unanswered questions.

Speaking to RaiNews24 Pietro Orlandi on Monday called Diddi’s decision a “positive step” that the Vatican has apparently changed its mind, put its opposition behind it and will now review the case from the beginning.

With information from EFE and AP

Mafia and cover-up: the story of Emanuela Orlandi, the only missing person from the Vatican who may be buried meters from her home