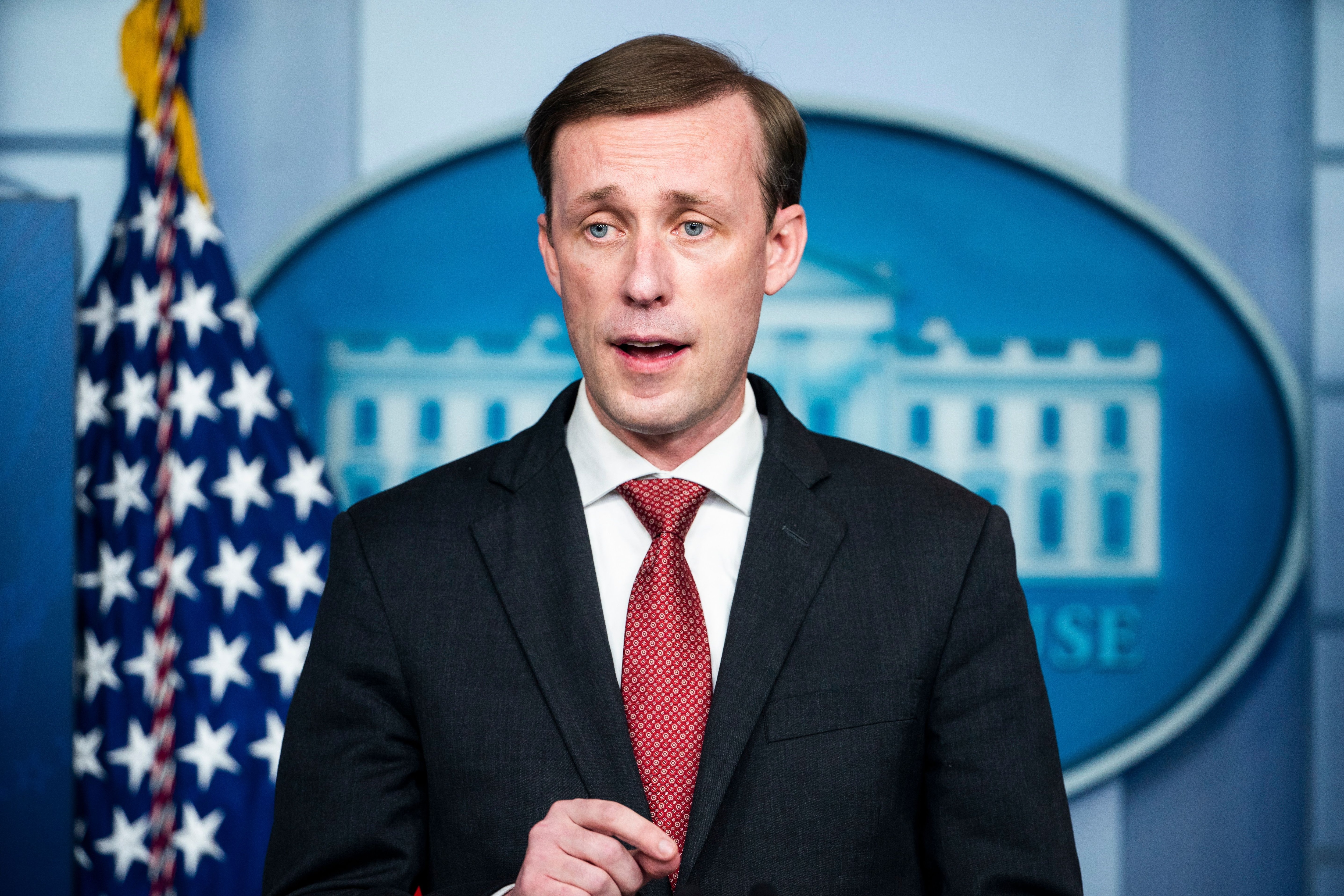 The White House on Monday condemned the Cuban regime’s repression against a national protest that had been summoned to demand the release of political prisoners and to demand the defense of human rights.

“Before the peaceful demonstrations scheduled for today, the Cuban regime, unsurprisingly, deployed a series of harsh prison sentences, sporadic detentions, intimidation tactics and acts of repudiation, all in an attempt to silence the voice of the Cuban people. crying out for a change “National Security Advisor Jake Sullivan said in a statement.

Cuba‘s communist dictatorship had inundated the streets of the capital, Havana, and other cities with police and security agents, arresting several prominent dissidents and confining others to their homes.

The police presence, the arrest and immobilization of several leaders of the dissidence prevented the demonstration on Monday prohibited by the regime, which mocked saying it was a “failed operation”From the United States.

The Cuban opposition platform Archipelago denounced this Monday arrests and pressures against those who planned to participate in the demonstrations on Monday against the Cuban dictatorship, which weeks ago warned organizers of the legal consequences they would face if they encouraged unauthorized protests.

“This harassment is part of the actions of police harassment and intimidation that the repressive forces are exercising on those who have declared their decision to participate in the November 15 march, ”Archipiélago posted on his Facebook profile.

The group also reported that its moderator, Adrián Napoles Capote, is missing after his family failed to contact him. At the same time he denounced pressures at the doors of the homes of some opponents so that they cannot attend the mobilizations called.

A day before he was the playwright Yunior Garcia, leader of the Archipelago, who already had to suspend a solo walk through the streets of Havana after denouncing having suffered a “Cruel, illegal and inhuman blockade” by state agents and supporters of the dictatorship.

“One group of people cannot continue to deprive others of exercising their rights. These ‘acts of repudiation’ are a national shame that no longer has a place in our society“Archipelago denounced.

A couple of weeks ago, the Miguel Díaz-Canel regime did not approve these protests, considering that they were financed by foreign powers with the clear aim of destabilizing the constitutional order, something that has been denied by those who summon them, defending their civic and peaceful character.

A video shows how security agents detain some opponents, who were protesting in the city of Holguín. A van arrives in what appears to be a residential area and violently enters protesters in the vehicle.

A group of neighbors, who witness the fact, shouts “down with the dictatorship” as they watch how people are detained.

The opposition leader Jose Daniel Ferrer He shared the video on his Twitter account and confirmed that the detainees are the brothers Miranda Leyva and Mrs. María Casado Ureña, 74 years old.

The arrests occurred in other cities in the country. In the Habana, Manuel Cuesta Morua, 58, vice president of the Council for Democratic Transition, “was arrested by State Security today at about one in the afternoon (18:00 GMT) leaving the house”he told the agency AFP his wife, Nairobi Scheri.

Briefly detained in September, Costs Morua He then said after being released that he was threatened for calling the demonstration for this Monday.

The leader of the dissident movement Ladies in White, Berta Soler, and her husband, former political prisoner Ángel Moya, were also detained., as the dissident Martha Beatriz Roque announced on Twitter.

Another dissident, Guillermo Fariñas, has been detained since Friday.

Many opponents, promoters of the demonstration and independent journalists denounced in recent days on social networks that they were blocked from their homes by the Cuban dictatorship.

Several of them said that they were victims of acts of repudiation, demonstrations of supporters of the dictatorship used for years to rebuke the dissidents. They also reported that their internet was cut off.

15N: the Díaz-Canel dictatorship cut off internet access and blocks the houses of activists to prevent 15N from marching

The opposition denounced arrests, harassment and pressure during the protests against the Cuban dictatorship