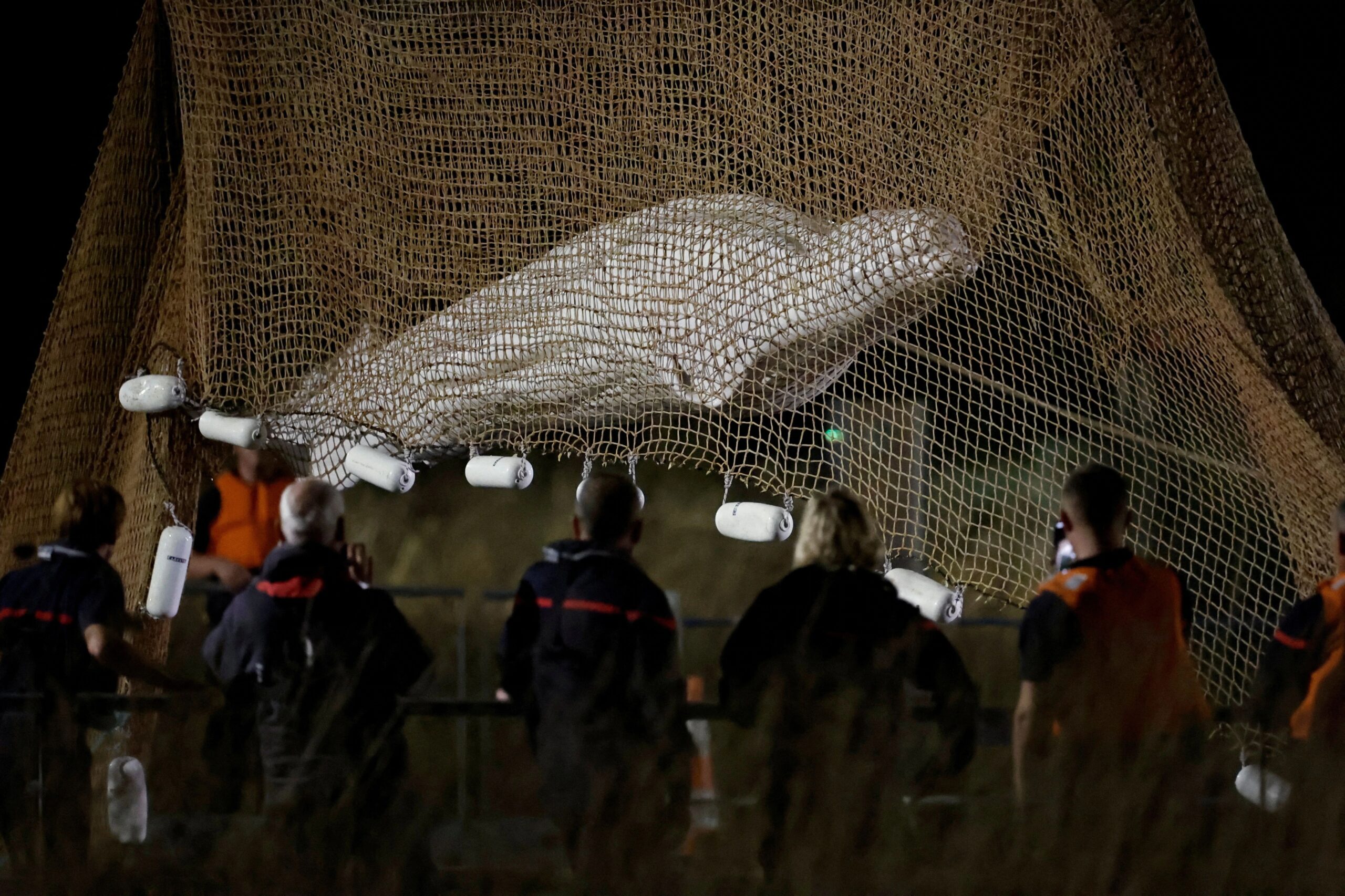 The beluga whale that was rescued from the Seine river early Wednesday has died despite the mission to save it.according to local authorities.

“Despite an unprecedented beluga rescue operation, we are saddened to announce the death of the cetacean,” the prefect of the Calvados department said on Twitter.

Some 80 specialists had rescued the animal this morning 800 kilos in the Seine River, where he was lost some 70 kilometers from Paris, in a delicate operation that lasted more than eight hours.

The animal, accustomed to living in the cold and salty Canadian waters, had entered the river, stopped feeding and was in a state of health that concerned the authorities, veterinarians and activistswho decided to advance the rescue to prevent him from getting even sicker.

“The beluga has come out of the water after long hours of preparation and effort. Bravo to the teams involved for overcoming this challenge. She has undergone the first medical tests and the results will be known soon, ”the Sea Shepherd France organization had indicated this morning on its Twitter account.

The animal, which had been blocked in an area of ​​the river by means of locks last Thursday, was removed from the water with a net lifted by a craneone moment very stressful for the animalaccording to the secretary general of the government delegation of the Eure department in Normandy, Isabelle Dorliat-Pouzet.

The person in charge, who explained the conditions of the rescue at a press conference, warned that it was a risky operation for the animal.

The rescue work has cost several thousand eurosaccording to the person in charge, who referred to the numerous donations from citizens for the operation, such as the truck or the straw inside it, offered by several neighbors.

Last May an orca entered the Seine where he spent several days, but died of fatigue and lack of food before she could be rescued.

Specialists are considering several options to explain these phenomena, such as an excess of noise pollution that disorients them or that they are lost due to changes in sea currents due to global warming.

A white whale in Paris: firefighters track down a lost Arctic cetacean in the Seine River

160 km in a refrigerated truck: what the ambitious mission to save a stranded whale in the Seine will be like

Video: a humpback whale jumped and hit a boat in Massachusetts