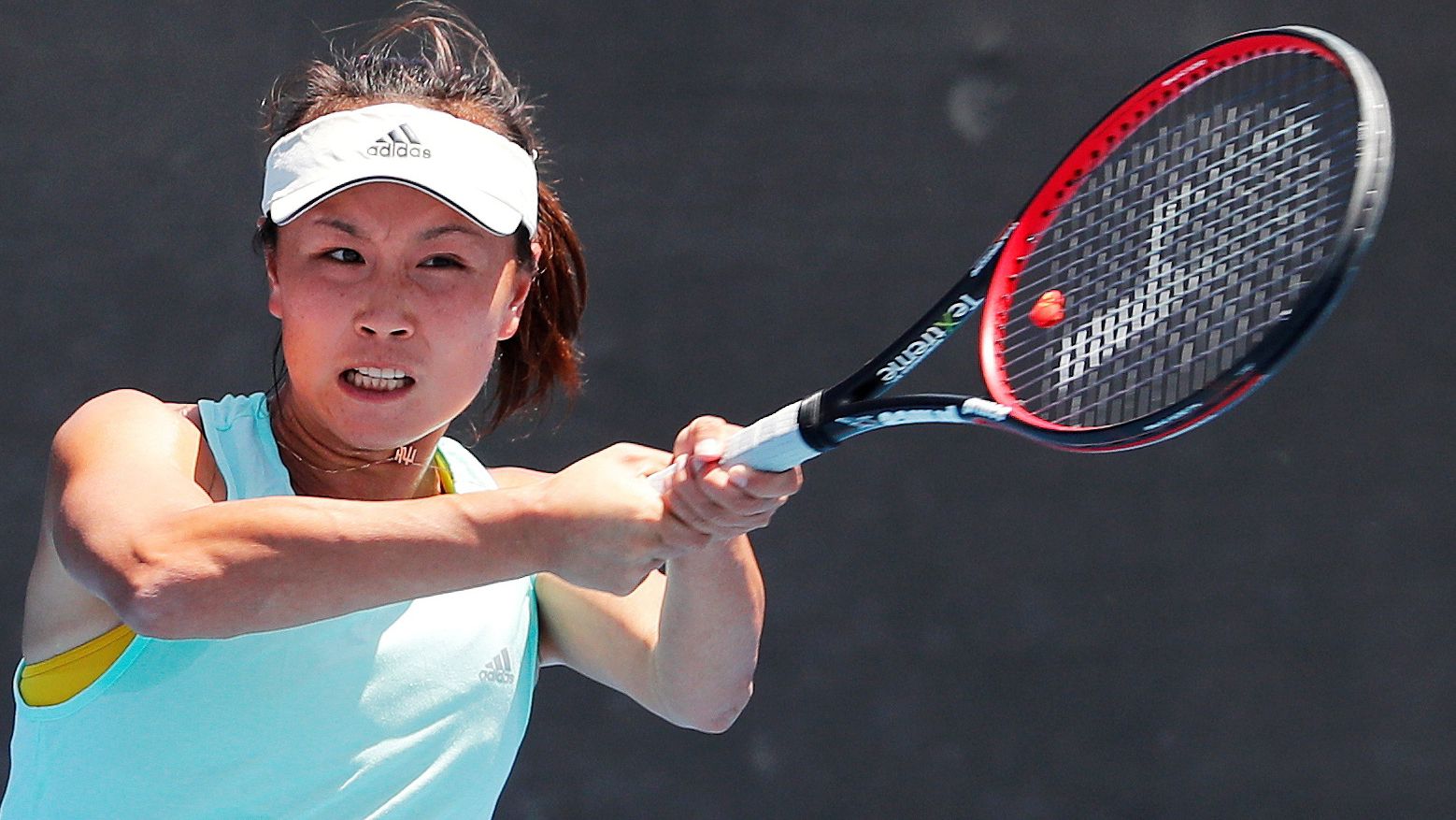 A new chapter is added around the international scandal por the disappearance of former Chinese tennis player Peng Shuai, whose whereabouts have been unknown since reported being sexually abused by Zhang Gaoli, former Vice President of the Chinese Government. The CEO of the Women’s Tennis Association (WTA), Steve Simon, warned that they will not hesitate to cancel business in China if what happened with the world’s 192 racket is not clarified.

Peng has not been seen in public since she accused former Chinese Vice Premier Zhang Gaoli of forcing her to have sex at his home. The tennis player, former world number one in doubles and double Grand Slam champion in this modality, did so through a publication on the social network Weibo, which was eliminated after 30 minutes, as was every trace of mention.

“We have contacted her at all the phone numbers and email addresses that we have, and through other forms of contact, but to date we have not yet been able to get a response”, revealed Simon, who affirmed that he had dialogues with the China Tennis Association. In return, the agency assured him that the athlete is safe and sound in Beijing.

This issue came to light shortly before the start of the Winter Olympics, whose headquarters are in Beijing (from February 4 to 20, 2022 in the capital of the People’s Republic of China). The situation generated criticism from various organizations and rumors about a possible diplomatic boycott of the event are growing.

“Blatant efforts to silence Peng Shuai appear to be at odds with China’s approach to making the Beijing Olympics a success,” said Natasha Kassam, director of public opinion and foreign policy at the Lowy Institute and a former diplomat in Beijing. .

Joe biden, President of the United States, for his part, said last Thursday during the bilateral meeting with Canadian Prime Minister Justin Trudeau, that the boycott “It is something we are considering”.

On Wednesday of this week, Steve Simon had already expressed his concern for the safety of Peng Shuai and doubted the veracity of the email spread by the Chinese CGTN media, related to the government of that country, where the player assured that he is well, resting at home, and in which he denied all the facts, including the accusations of sexual abuse to the former leader.

“If she was forced to write it or if someone wrote it for her, we do not know, but at this time I do not think it has any validity and we will not be comfortable until we have the opportunity to speak with her,” he stressed. The sports official also stated that this email was a “prepared statement of some kind.”

In a letter, the WTA leader stated: “As an organization dedicated to women, we remain committed to the principles on which we are founded: equality, opportunity and respect. I have a hard time believing that Shuai Peng actually wrote that statement or that it can be attributed to her. Peng showed great courage when it came to talking about sexual abuse by a former leader of her country. The WTA and the rest of the world need verifiable proof that it is safe. I have tried repeatedly to contact her and it has not been possible ”.

One of the figures of the circuit to be against what happened was the American Serena Williams. “I am devastated and shocked to hear the news of my partner Peng Shuai. I hope she is safe and that they find her as soon as possible, ”the former world tennis number one wrote on her Twitter account. “This must be investigated and we must not remain silent.”he said in the message he wrote on Twitter, accompanied by a photo of a smiling Peng with the phrase “#WhereIsPengShuai” (‘Where is Peng Shuai?’). “Sending love to her and her family during this incredibly difficult time”he added.

Before Serena’s claim, other world tennis figures such as Serbian Novak Djokovic or Japanese Naomi Osaka had publicly expressed their concern about the state of Shuai, former world number one in doubles, who She has not been seen for two weeks to coincide with the sexual assault complaint she made against former Deputy Prime Minister Zhang Gaoli.

Serena Williams spoke about the disappearance of tennis player Peng Shuai: “We must not remain silent”