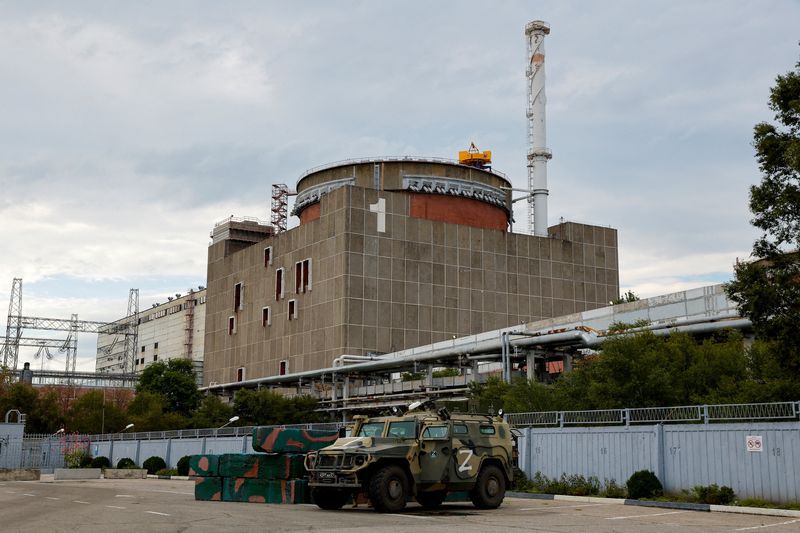 The only reactor still in operation at the nuclear power plant in Zaporizhzhiain the south of Ukrainestopped operating this Saturday, after the facilities were once again connected to the general electricity grid, according to the operator Energoatom.

The disconnection of the Ukrainian network, as a result of the constant bombing in the vicinity of the plant, had forced the plant to operate in island mode, so that the only active reactor, number six, was limited to supplying energy for the plants themselves. installations.

Energoatom explained in his Telegram profile that, after the restoration of one of the external lines on Saturday night, the decision has been made to stop and cool the reactor, claiming that it is the safest thing to avoid a possible disaster.

The operating company warned that, in the event of new disconnections from the general network, the emergency generators will be activated again, for which reason it has requested the shipment of more fuel to guarantee the future operation of these systems.

nuclear power plant Zaporizhzhia has been taken over by Russian forces since the beginning of March and fighting has been constant in this area, with cross accusations between Kyiv Y Moscow.

The International Atomic Energy Agency (IAEA) has insisted this week on the implementation of a security zone to avoid a nuclear accident.

Meanwhile, the presidents of France and Ukraine, Emmanuel Macron Y Volodymyr Zelenskyrespectively, insisted this Saturday that the safety of the Ukrainian nuclear power plant in Zaporizhzhiathe largest in Europe.

The director general of the IAEA, Rafael Grossi, made a dramatic warning on Friday about a possible accident at that plant, occupied by Russia, after a bombing cut the external electrical connection with the plant the night before.

In their conversation this Saturday, Macron and Zelensky considered the situation in Zaporizhzhia, according to a source, and underlined their support for the IAEA’s work. They also stressed the demand for the withdrawal of Russian troops from the area to guarantee the safety of the nuclear installations.

In addition, Macron asked Zelensky on the situation on the war front, after the important advances of the Ukrainian troops in recent days in areas hitherto controlled by Russian troops in the area east of Kherson.