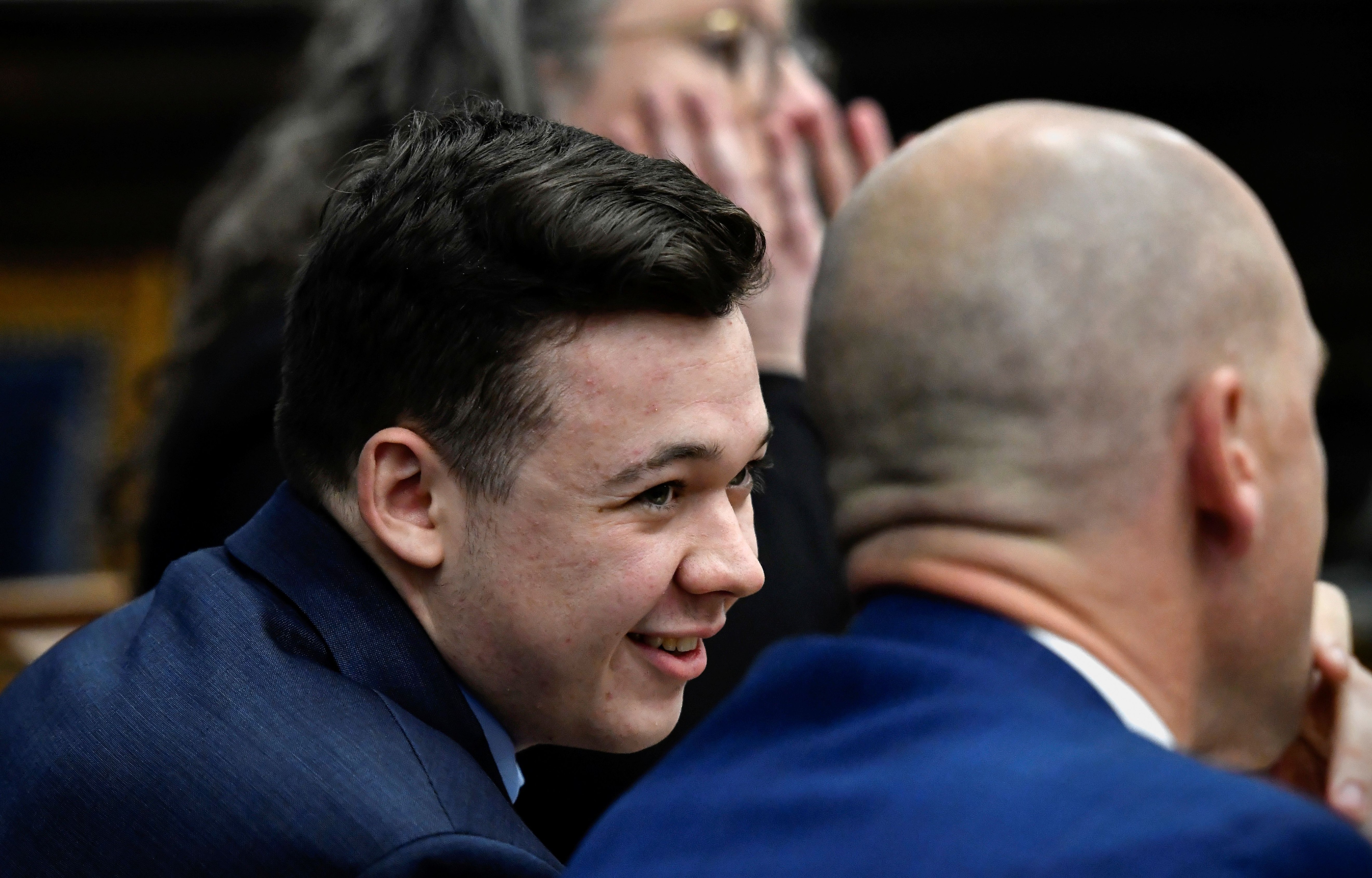 A Wisconsin jury found not guilty Kyle Rittenhouse, the teenager accused of the murder of two people during riots in Kenosha, Wisconsin, last year. After three and a half days of deliberation, he acquitted him of the five that weighed against him, including murder.

Rittenhouse, now 18, faced charges of intentional homicide, unwise, tried of homicide and reckless endangerment. On the day of the protest, He traveled to Kenosha, where his father lives, from the home he shares with his mother in Antioch, Illinois, a 30-minute drive away.

The jury in the murder trial of Kyle Rittenhouse had completed its third day of deliberations on Thursday without reaching a verdict. Therefore, the members of the jury returned on Friday morning to resume their work. Unlike the previous days, they had no questions or asked to review evidence in the case loaded with political and racial implications.

Rittenhouse, 18, was on trial for killing two men and wounding a third with a semi-automatic rifle during a turbulent night of protests in the city of Kenosha in mid-2020., after a black man, Jacob blake, was shot by a white police officer.

The teenager who At the time he was 17, he shot and killed 36-year-old Joseph Rosenbaum and 26-year-old Anthony Huber and wounded Gaige Grosskreutz, who was 26 at the time. Rittenhouse testified that he fired in self-defense and pleaded not guilty to all charges.

Even as the jury weighed the evidence, the case was still weighing two requests from the defense to declare the trial null, with the possibility of reversing the verdict in the event of conviction. In one of the requests the judge was asked to go even further and prohibits the prosecution from conducting a new trial against Rittenhouse.

The process, revealing of the fractures in American society regarding firearms, the right to self-defense, and the anti-racist movement Black Lives Matter, has been widely publicized in the country, who was looking forward to a verdict.

As a precaution, the Wisconsin governor asked 500 National Guard soldiers to be ready to intervene when the jury reported its decision.

The jurors have been confronted with two very different readings of what happened.

For the prosecution, Rittenhouse “provoked” the drama by heading to Kenosha on August 25, 2020 with a semi-automatic rifle., a town that was mired in demonstrations against police excesses against an African-American.

The defendant, who was then 17 years old, he was a “tourist of chaos” who “was looking for excitement” and that he “knowingly and voluntarily caused a dangerous situation,” prosecutor Thomas Binger said Monday.

The young man, on the other hand, claims to have acted in legitimate defense, after being attacked by protesters who, according to him, wanted to take his weapon. “I have not done anything wrong, I just defended myself,” he said, in tears, before the jurors. Rittenhouse claimed that he traveled to the city to protect the buildings from looting and to provide first aid. He ended up killing two people and wounding a third.

In the process, he appeared free, after those who supported him paid the bail of two million dollars.

The young man is currently a reference in certain right-wing circles for which the great mobilization against police violence in the summer of 2020 was the work of “anti-fascists” or “anarchists.”

Conversely, for the left, Rittenhouse embodies the excesses of gun culture and the right to self-defense.

“While the verdict in Kenosha will make many Americans angry and concerned, myself included, we must acknowledge that the jury has spoken“Said the US president, Joe biden, in a statement issued by the White House. “I made a promise to unite Americans, because I believe that what unites us is much greater than what divides us. I know that we will not heal the wounds of our country overnight, but I remain firm in my commitment to do everything in my power to ensure that all Americans are treated equally, with justice and dignity, according to the law. ”

And he ended: “I urge everyone to express their views peacefully, in accordance with the rule of law. Violence and destruction of property have no place in our democracy. The White House and federal authorities have contacted Governor Evers’ office to prepare for any outcome in this case, and I spoke with the governor this afternoon and offered him the necessary support and assistance to ensure public safety”.

Who is Kyle Rittenhouse, the 17-year-old accused of the murders during the Wisconsin protests