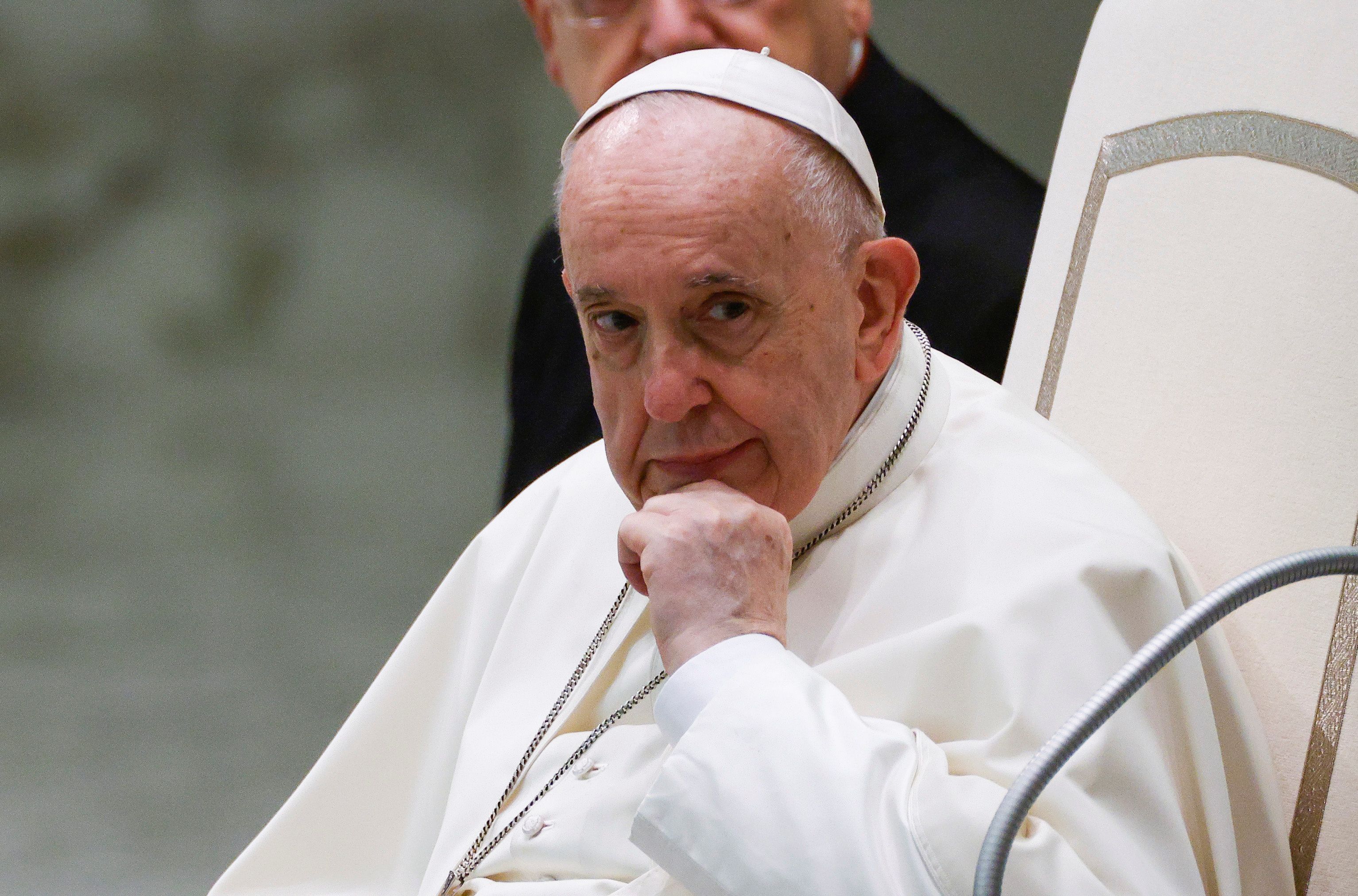 The legal team of Fabrizio Tirabassi, official of the Administrative Office of the Vatican Secretariat of State, has asked the Pope to testify as a witness in the process in which the opaque purchase of a London building is judged, and in which the former cardinal is also accused Angelo Beciu. This has been confirmed to Europa Press the lawyer Luigi Antonio Paolo Panella, who defends another of the defendants in the same case.

Tirabassi’s lawyers have filed a request to the Vatican court for the Pope to appear as a witness and clarify his position in the alleged negotiations that the Holy See officials carried out with the financial intermediary, Gian Luigi Torzi, accused of extortion from the Vatican.

Nevertheless, Francisco’s appearance at the trial is unlikely, as Panella points out, since the legal order of the Vatican, which dates from 1913, does not provide that its highest position, the Pontiff, will testify in court.

Prosecutors in the case do claim that they have spoken with the Pope, as recorded in the video of one of the interrogations of the main informant in the case, Monsignor Alberto Perlasca, but it would have been informally because this statement is not included in the summary.

According to the investigations of the magistrates of the court of the Holy See, the purchase of the London building for 300 million euros was managed through an investment fund, managed at that time by the Italian banker Raffaele Mincione, when the dismissed Cardinal Angelo Becciu was the substitute of the Secretary of State, who comes to be the head of the Cabinet of the Pontiff.

Part of the money used for the purchase would come from donations arrived as ‘Obolo de San Pedro’, destined in fact to charitable works of the Pope.

For Panella, the fact that the Holy Father has spoken with the prosecutors constitutes a legal precedent. “It is an admissible and proven fact,” he declared. The lawyer deduces that “they listened to the Pope as a witness” although his testimony is not in the records of the summary, which in his opinion represents “another reason” to request the annulment of the trial.

This request for annulment was also joined by the lawyer for the dismissed Italian Cardinal Angelo Becciu, who He denounced before the Vatican court that the evidence of the process against his client had been “mutilated”.

On the dock of the accused is the dismissed Italian cardinal Angelo Becciu, who He was a Substitute for the Vatican Secretariat of State between 2011 and 2018, one of the most powerful positions in the Roman Curia, and a very close advisor to Pope Francis.

The trial must determine if the Holy See was defrauded by a group of unscrupulous businessmen or if it was more of a system of internal corruption that involves important hierarchs of the Church.

The process, which will take several months, takes place in a specially prepared room in the Vatican Museums, with the presence of a limited group of journalists.

Among the ten defendants, half were in the service of Pope Francis during the controversial purchase, carried out in two phases, of a luxurious 17,000 m2 building in the elegant London borough of Chelsea, from which the pope has asked to be rid of quickly.

The acquisition of that building, at a price higher than its real value, was carried out through highly speculative financial packages, through two Italian businessmen residing in London.

That purchase “It generated substantial losses to the finances of the Vatican and even resources destined for the personal charities of the Holy Father were used”, recognized the Holy See before the opening of the trial.

Quite a challenge for Francisco, a staunch critic of corruption, who has unceasingly denounced global financial speculation since his election 8 years ago.

Between 2013-2014, the Vatican Secretariat of State borrowed $ 200 million, a good part of them to the Credit Suisse bank, to invest in the Luxembourg fund of the Italian businessman living in London, Raffaele Mincione.

Half of the sum was aimed at acquiring part of the London building and the other part was used to carry out stock investments.

Raffaele Mincione used Church money for “speculative operations”, among them the purchase of Italian banks with financial problems.

The Holy See, which ended up registering stock market losses, did not have the ability to control such investments, so it decided four years later, at the end of 2018, to end that alliance.

For this, the Holy See chose as the new intermediary Gianluigi Torzi, who negotiated the departure of Raffaele Mincione, indemnifying him with 55 million dollars and modifying the financial agreement so that the Vatican finally became the sole owner of the building.

Torzi in turn took control of the Vatican property, through voting shares. Later, extorted the Secretary of State to obtain almost 18 million dollars for his departure, according to the text of the accusation of the criminal court.

The magistrates also identified the two key figures who helped Mincione and Torzi enter Vatican networks in exchange for money.

This is Enrico Crasso, a well-known Swiss businessman, ex-Credit Suisse, who managed the funds of the Secretary of State for decades.

The other is Fabrizio Tirabassi, an important lay official of the Secretary of State, in charge of investments, who also received commissions from the banks for his interventions and was considered the right hand of Cardinal Becciu.